The city of Palm Springs, California, announced that it would remove a row of trees blocking a black neighborhood from viewing a municipal golf course.

Palm Springs Mayor Robert Moon and other city officials told residents Sunday they would be removing the line of trees and a chain link fence separating the properties after residents said the trees kept property values in the predominantly black neighborhood down, the Desert Sun reports.

Residents in the area say the trees were planted there in the 1960s as a form of racism — because the invasive tamarisk trees blocked views of the golf course and the San Jacinto mountains, keeping property values low so black families could not make money on their property.

City manager David Ready warned that the tree removal would not happen right away because the full city council would have to vote on the issue. He added that the trees would be down in three months.

The city estimates that the tree removal would cost $169,000.

A professor at Boston University has proclaimed Christmas carol favorite “Jingle Bells” to be a “racist song” and is urging people to shun the jaunty tune.

Kyna Hamill, a theater history professor at Boston University, recently told the Boston Globe that the venerable Christmas song has a “secret” racist past that has been “systematically” hidden from Americans as they celebrate the Christmas season.

“The history of the song has remained hidden behind its local and season affection,” Hamill told the paper. She continued saying the song’s “blackface and racist origins have been subtly and systematically removed from its history.”

Hamill claims the song, written 160 years ago by James Pierpont, was written to ridicule black people and was first performed in a blackface minstrel hall in Boston in 1857.

The professor said that her study of the history of the song proved that the song was made to satirize how black people reacted to winter activities such as sleigh riding. The comedy routine was to portray blacks as “behaving foolishly, grotesquely, and incompetently” in unfamiliar situations.

But, Hamill claims that over time the minstrel origins of the song faded away as people continued singing it during the Christmas holiday.

Hamill also points out that the song’s author later joined the Confederate army and wrote fight songs and patriotic airs for the nascent Confederate States of America during the Civil War.

With her research in hand, the professor is urging the town of Medford, Massachusetts to drop its annual celebration that Pierpont wrote “Jingle Bells” in their town and forever shun the “racist” song going forward. 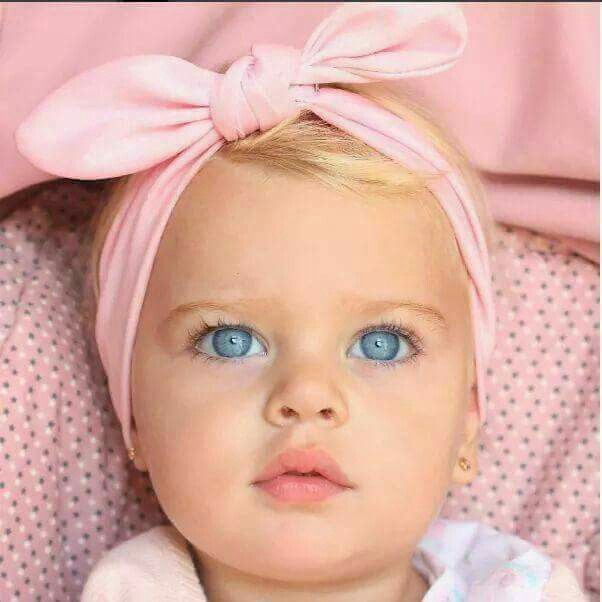 A college paper fired a writer who called the DNA of white people “an abomination,” according to a Monday report.

Texas State University student journalist Rudy Martinez said that “white death will mean liberation for all” in the November column and The University Star fired him after previously retracting and apologizing for the column, reported The College Fix.

“The author of this column has jeopardized the atmosphere of inclusivity at this university and will no longer be published in The University Star,” read a correction from the paper’s editorial board.

Along with constructive criticism, the editorial board said that the paper has received death threats and “hate mail,” as well as threats to defund The University Star.

Conservative students at Texas State have started a petition to defund the publication; it has over 1,500 signatures at the time of publication.

“Ontologically speaking, white death will mean liberation for all,” said Martinez in his now-retracted column. “Accept this death as the first step toward defining yourself as something other than the oppressor. Until then, remember this: I hate you because you shouldn’t exist. You are both the dominant apparatus on the planet and the void in which all other cultures, upon meeting you, die.”

“The column’s central theme was abhorrent and is contrary to the core values of inclusion and unity that our Bobcat students, faculty, and staff hold dear,” said Denise M. Trauth, president of Texas State.

The Daily Caller News Foundation reached out to Martinez for comment, but received none in time for press.

Liberals believe they can artificially wipe away serious behavior problems that are cultural in nature. They do this by labeling reasonable standards of classroom discipline as racist or discriminatory. When urban schools with predominantly black and Hispanic students enacted protocols that create an environment where learning can take place, more suspensions and expulsions resulted, accompanied by a widening of the achievement gap between black students and their white counterparts.

The knee-jerk reaction from liberals was to claim that school disciplinary policies that disproportionally affected black and Hispanic kids were culturally insensitive, discriminatory and evidence of racism. The liberals were confusing correlation and causation. School officials were even discouraged from calling police even in cases of violent assaults – that could also be considered racist.

Social engineers in colleges and universities began drawing up untested experiments using black and Hispanic kids as laboratory rats. They wanted to show that leaving disruptive kids in the classroom, instead of removing them for serious behavior violations including assaults on teachers, would improve scholastic performance.

Instead, disruptions and scholastic performance both got worse. Leaving disruptive kids in a classroom is a danger not only to the teacher but to other students as well. The university professors are nowhere near the classrooms to see the disaster they created with their inane idea, nor are they held accountable.

Not surprisingly, no amount of cultural sensitivity training of school officials will negate the culturally dysfunctional baggage brought to school every day by students.

Too many black kids today do not come to school in a state of readiness to learn. They have not been read to by parents. They are not socially adjusted for a group environment like a classroom, nor have they been reasonably disciplined for unwanted behavior. This emotional baggage is then thrown into the lap of a teacher who does not have the education or skills for handling these serious emotional and behavioral problems.

Kids have an excuse because of their age, immaturity and bad parenting. The parents of those disruptive kids have no excuse. Long ago, parents were absolved of their responsibility to raise their kids effectively. Liberal social dogma told them racism was at the root of their inability to raise kids who were ready for the demands of a school classroom.

Poverty was to blame too. Now liberals had a reason for not just government but economic intervention as well. This gave the left a two-for-one moment to enact expensive government-run tax-supported programs. They could spend more money not just on unproven education experiments but also on new anti-poverty programs.

K-4 programs have become K-3 programs. This further absolves mainly black and Hispanic parents from their rightful responsibility of raising their kids.

We are on our way to kids being taken immediately from the maternity ward to a government school. They are already being fed three meals a day and provided for by taxpayer-funded after-school programs. Why not just start them on the road to government dependency, not to mention indoctrination and exposure to leftist dogma, as early in life as possible?

Education has always been the traditional vehicle for upward mobility in America. It is even more important in today’s knowledge-based economy.

Blacks who have embraced education are less likely to have kids who drop out of school, commit crimes, join gangs or make other flawed lifestyle choices like drug and alcohol abuse and having children they are ill-equipped to raise.

One of the hallmarks of slavery was criminalizing the education of black children thus keeping them ignorant. I would argue that many of today’s public school policies achieve the same results – they keep kids ignorant.

The goal of social activists is not to fix education problems but to fix the statistics. They are focusing on the wrong thing. Statistics can be exploited not only to make school problems (seem to) disappear, but also to demonstrate the need for the continuation of government programs. The kids who fail in school today are the population that tomorrow will fill jails and prisons and be in need of government assistance.

Former President George W. Bush called these low expectations “soft bigotry.” He was right. Now the left wants to back up the soft bigotry with faulty statistics.

WATCH THE VIDEO BELOW:

A Philadelphia lawmaker wants to ban bulletproof glass at convenience stores in the city.

Philadelphia, PA – Philadelphia councilwoman Cindy Bass has introduced a controversial bill that would require business owners to take down any bulletproof glass they have in their businesses, and not allow future installation.

The bill, known as the Stop and Go bill, is moving through city hall, and reads “No establishment shall erect or maintain a physical barrier.”

Broad Deli is a local business on the corner of the 2200 block of North Broad. It has a wall of bulletproof glass separating its employees from customers.

“The most important thing is safety and the public’s safety,” Rich Kim, the owner of Broad Deli, told WTXF. His family has run the deli, which sells soda, snacks, meals, and beer by the can, for 20 years.

Kim said that he had the bulletproof glass installed after a shooting, and that it saved his mother-in-law from a knife attack.

“If the glass comes down, the crime rate will rise and there will be lots of dead bodies,” he said.

Bass was more concerned about customer’s feelings, and said her constituents shouldn’t have to suffer the indignity of shopping through bulletproof glass.

She said that she is trying to put some type of control on these small stores, which she claimed sell booze, very little food, and caused a lot of trouble in her district.

“Right now, the Plexiglas has to come down,” she said.

Kim disagreed with Bass’s characterization of businesses like the one he owns, and said when he called police about people loitering, the response time was usually slow.

He said he believed that he was being targeted as a Korean-American. Business owner Mike Choe agreed with him.

Choe, who runs a non-profit that supports Korean-owned businesses, said that he planned to raise $100,000 to fight the bill.

“I do think it’s a bad bill that will endanger Korean Americans,” he said.

Bass said that she is fighting for her constituents.

“Absolutely not. I find that offensive,” Bass said.

Do you think business owners should have the right to choose whether they want to install bulletproof glass in their businesses to protect employees? Tell us what you think in the comments below!

Shaun King, a leftist political activist and writer for The Intercept, asserted Monday in response to a Trump tweet that “ungrateful is the new nigger.”

Trump accused LaVar Ball of being “ungrateful” that he was able to get Ball’s son and two other UCLA basketball players out of a Chinese prison after the players were accused of shoplifting.

King wrote that “ungrateful is the new nigger,” catching the ire of Twitter users.