A professor at Boston University has proclaimed Christmas carol favorite “Jingle Bells” to be a “racist song” and is urging people to shun the jaunty tune.

Kyna Hamill, a theater history professor at Boston University, recently told the Boston Globe that the venerable Christmas song has a “secret” racist past that has been “systematically” hidden from Americans as they celebrate the Christmas season.

“The history of the song has remained hidden behind its local and season affection,” Hamill told the paper. She continued saying the song’s “blackface and racist origins have been subtly and systematically removed from its history.”

Hamill claims the song, written 160 years ago by James Pierpont, was written to ridicule black people and was first performed in a blackface minstrel hall in Boston in 1857.

The professor said that her study of the history of the song proved that the song was made to satirize how black people reacted to winter activities such as sleigh riding. The comedy routine was to portray blacks as “behaving foolishly, grotesquely, and incompetently” in unfamiliar situations.

But, Hamill claims that over time the minstrel origins of the song faded away as people continued singing it during the Christmas holiday.

Hamill also points out that the song’s author later joined the Confederate army and wrote fight songs and patriotic airs for the nascent Confederate States of America during the Civil War.

With her research in hand, the professor is urging the town of Medford, Massachusetts to drop its annual celebration that Pierpont wrote “Jingle Bells” in their town and forever shun the “racist” song going forward.

The first of four Chicago suspects accused of beating and torturing a disabled teenager and broadcasting the attack on Facebook has pleaded guilty, but a judge let her off without prison time, a report says.

Brittany Covington, 19, pleaded guilty to a hate crime in court on Friday, according to the Chicago Tribune.

The suspect also “pleaded guilty to aggravated battery and intimidation charges. As part of a plea deal, prosecutors dropped additional charges, including kidnapping,” the Tribunesaid.

Despite the guilty plea, Cook County Circuit Judge William Hooks released Covington without jail time. Telling Covington, “Do not mess this up,” Judge Hooks imposed 200 hours of community service and banned Covington from using social media and having contact with her co-defendants for four years.

The judge did not assign jail time because, he said, “I’m not sure if I did that you’d be coming out any better.”Hooks insisted that his sentence would give Covington the chance to put her life on a productive path.

Covington is the first of the four defendants who were arrested early this year for the attack posted to Facebook.

In January, four Chicago teens were arrested after police were alerted to a Facebook live video showing the assailants beating and at one point slashing a victim tied up in a Chicago apartment. During the video of the attack, the suspects are heard saying, “F*** white people,” and “f*** Trump.”

The victim turned out to be a disabled white teen from nearby Rockford, Illinois. A GoFundMe campaign was set up for his benefit days after the reports broke.

Four black residents of Chicago – Jordan Hill, Tesfaye Cooper, and Brittany Covington, all 18 years old; and 24-year-old Tanishia Covington – were charged with battery, kidnapping, and hate crimes in connection with the attack.

“It’s sickening. It makes you wonder what would make individuals treat somebody like that. I’ve been a cop for 28 years, and I’ve seen things you shouldn’t see in a lifetime,” police Superintendent Eddie Johnson said. “It still amazes me how you still see things you just shouldn’t. So I’m not going to say it shocked me, but it was sickening.”

Cases for the other three defendants are pending.

Former President George W. Bush went off on his former vice president and defense secretary, stating bluntly that “they did not make one f****** decision.”

Bush made the inflammatory remark about his former colleagues in Mark K. Updegrove’s book The Last Republicans: Inside the Extraordinary Relationship Between George H. W. Bush and George W. Bush, which is scheduled to be released November 14.

The 43rd president pushed back against critics who claim he did not make major decisions during his presidency, and that former Vice President Dick Cheney and Defense Secretary Donald Rumsfeld made most of the important decisions in the White House.

They “didn’t make one f****** decision,” Bush claimed. “The fact that there was any doubt in anyone’s mind about who the president was, blows my mind.”

Updegrove’s book describes the relationship between the younger Bush and his father, but his book is making headlines ahead of its November 14 release.

Other excerpts from the book that are already public quote both former presidents making disparaging statements about President Trump.

The younger Bush also made his disdain for Trump known recently in an October speech at the George W. Bush Institute, where he rejected Trump’s ideology and defended globalism.

A disabled white man was attacked on a Maryland mass transit bus by an African American who seemed to be blaming the victim for putting his ancestors into slavery, according to police.

The 52-year-old victim was a passenger on a Metro bus in the Washington, DC, suburb of Silver Spring, Maryland, when Marquis Evans-Royster, 27, began spitting in his face and hurling racial epithets at him, according to ABC in Washington.

The harassment began almost immediately after Evans-Royster boarded the bus without paying the fare, police said.

The victim, who is homeless and remains unnamed in reports, initially tried to ignore Evans-Royster’s taunts but finally tried to push the attacker away when he began to go through the victim’s pockets while yelling, “You owe me for making my grandmother a slave.”

When other passengers began to try and intervene to stop Evans-Royster from attacking the victim, the attacker threatened to douse them with urine.

The threat caused one bus rider to tell the media that Evans-Royster must also have some sort of mental problem. “Who carries around a bottle a urine?” bus rider Desi Cureton scoffed.

At length, the bus driver threatened to call police causing Evans-Royster to jump off the bus and run away.

Police identified Evans-Royster from bus surveillance video and he was arrested four days after the incident and charged with assault and racial harassment. The attacker already has a long police record including charges of race or religious harassment, robbery, and assault.

Tyrone Kenney, a 70-year-old black man who grew up during the Civil Rights Era, decried the incident.

Evans-Royster will be represented by a public defender and will next appear in court on October 27.

Police: Utah Parents Taunted Daughter with Food Before She Died of Abuse and Starvation

Police in Utah said the parents of a toddler who died of abuse and starvation tortured the girl by waving food just out of her reach. The parents allegedly also used makeup to try to hide bruises and signs of abuse.

Ogden police arrested parents Brenda Emile and Miller Costello and charged them with the death of their three-year-old daughter, who was found dead from malnutrition and abuse, the Associated Press reported.

The little girl, named Angelina, was found dead by first responders on July 6 after Brenda Emile called 911 to report that the child was not breathing.

Doctors reported that Angelina’s emaciated body was covered in cuts, burns, and bruises.

“Officers on scene immediately recognized the child victim had bruising, contusions, lacerations, burns, open sores and abrasions all over her face, hands, legs, head and neck,” according to police records. “The child victim was also covered in a thin layer of what appeared to be make-up in an attempt to conceal the injuries.”

Police reported that the child’s mother admitted to using makeup on the child’s body to hide some of the injuries “so they didn’t look as bad.”

Two other children were removed from the home when charges were filed.

A complaint says that during the investigation, police found cell phone video of the parents torturing the starving child by putting food in front of her, then snatching it away before the girl could eat it. The police report says video also shows the parents hitting the girl, who was obviously in distress.

“A search of [Costello] and [Emile’s] cell phones revealed several pictures and videos which showed a progressive time frame of the child victim’s deteriorating health conditions,” the probable cause statement added, continuing:

The pair is now housed in the Weber County Jail without bail. 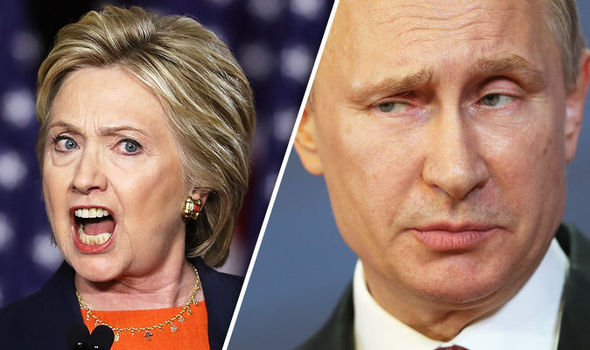