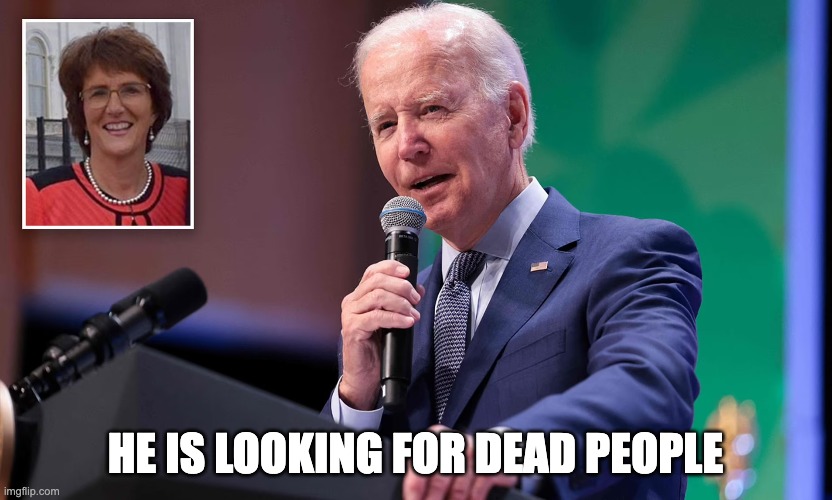 Joe Biden’s brain is so fried that he was calling for Rep. Jackie Walorski at White House hunger event. The problem is Indiana Rep. Walorski died in a car crash in August.

To add insult to his stupidity WH spokeswoman Karine Jean-Pierre says the reason Biden called out to her is because “she was on top of his mind.” She also stated that Biden, was going to see her family is the reason that this moron was looking for Jackie in the audience.

Just saying shit for brains made a mistake and it will stop you from looking as dumb as the pretend president. And they want us to believe Joe Biden received 81 million votes. Anyone who is dumb enough to believe Brandon got 81 million votes should not be driving a motor vehicle. 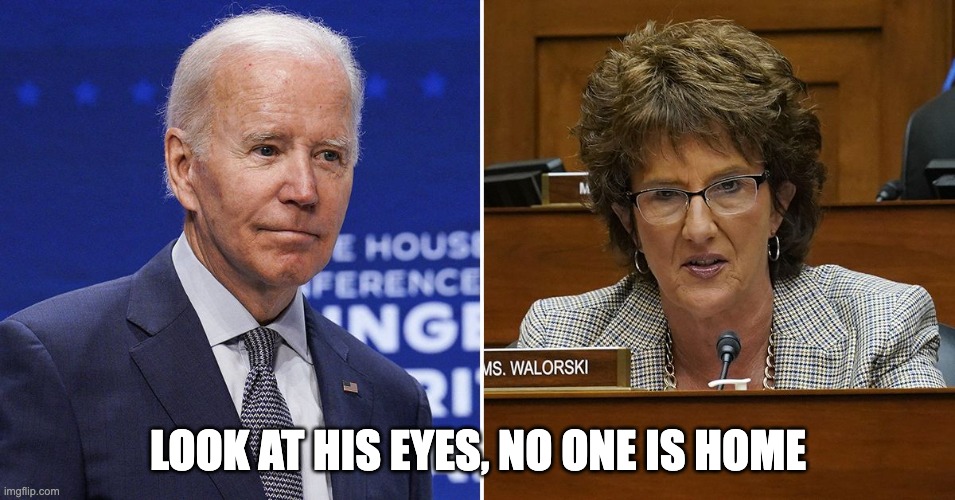 Joe Biden was in the damn witness protection program before the election. He is so stupid that he forgets to put his feet down when his bikes come to a stop. The man’s brain is so fried that he needs cue cards that tells him to sit down once he enters a room. Because the idiot will remain standing unless he is told to sit down.

So, no I’m not surprised that he was looking around for a woman that had been dead. What is shocking is that the media, and social media platforms, and so-called elected officials are still pretending that he is in charge.

Check Out The Video Below:

Biden Says Where’s Jackie, But She Is Dead 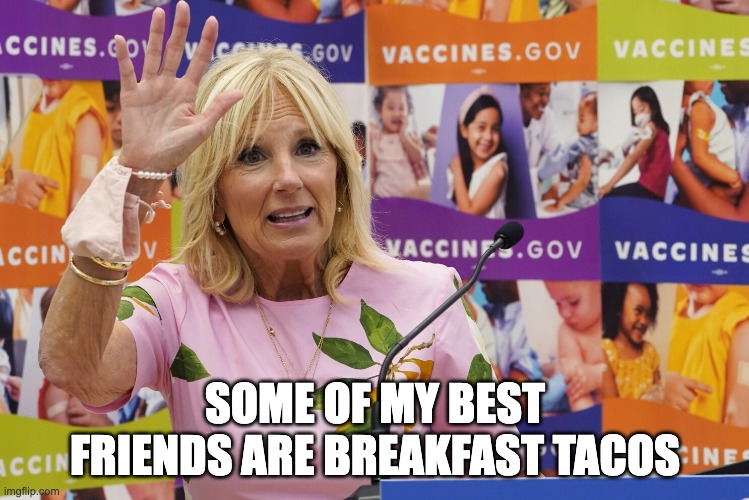