The women who were apparently bought by ISIS bosses are described as ’20-years-old, physically fit with brown eyes’

A CHILLING document found in the liberated Iraqi city of Mosul claims to reveal how ISIS bosses organised and controlled the selling of captured woman as sex slaves.

The “bill of sale” – signed with fingerprints by the buyer and seller to authenticate the deal – describes the woman in stark, matter of fact terms as “20-years-old, physically fit with brown eyes” and bearing price of $1,500 or around £1,145.

It claims the man accused of selling the woman was a slave was called Abu Zubair and the buyer was named as Abu Monem.

The document was found circulating on social media, though its authenticity could not be independently verified.

Most of the people traded by the terror group are from the Yazidi minority group – classed as citizens without rights due to their alleged anti-Islamic beliefs.

And disturbing facts are emerging from ISIS-controlled areas about the trade in Yazidi children.

It is believed that 6,470 Yazidis who were kidnapped by ISIS when the militant group attacked Sinjar in August 2014.

While most of the men were killed and dumped in mass graves, Yazidi women and children were abducted and sold into slavery.

Younger children changed hands for around $500 – £381 – and were sold to couples who could not have children to be brought up as Muslims.

Older boys were forced to train as fighters – or were sold on as house slaves if they were unfit for the frontline.

He said; “The family used to take me to the market and made me carry all the groceries. And inside the house, I had to do chores all day.”

ISIS zealots believe they are free to murder, rape, torture and abuse Yazidi people because they are considered devil worshippers by many Muslims in the Middle East.

Last month Iraqi MP Vian Dakhil revealed how ISIS killers cooked the baby son of a Yazidi sex slave kept held captive in a cellar and fed him to his unsuspecting and starving mother.

And a ten-year-old girl was raped to death by evil Jihadists in front of her father and five sisters.
She also revealed that her people are buying captive women and girls back from ISIS thugs.

Ms Dakhill said: “One may call and say he holds a certain girl and wants to sell her. They call the girl’s family and we buy her. I apologise for using this word. We buy them.

“We, the Yazidis, in the 21st century, buy our daughters and our women.”

Yazidism is an ancient faith that integrates some Islamic beliefs with elements of Zoroastrianism, the ancient Persian religion, and Mithraism, a mystery religion originating in the Eastern Mediterranean.

Yazidis began to face accusations of devil worship from Muslims in the late 16th and early 17th centuries.

While the Yazidis believe in one god, a central figure in their faith is Tawusî Melek, an angel who defies god and serves as an intermediary between man and the divine.

To Muslims, the Yazidi account of Tawusî Melek often sounds like the Qof Shaytan—the devil in the Koran —even though Tawusî Melek is a force for good in the Yazidi religion. 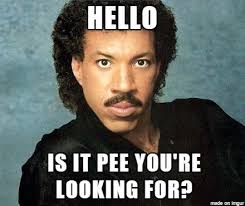 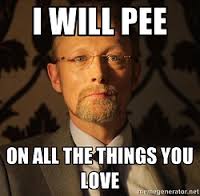