Democrats who are hoping that President Donald Trump will face harsh repercussions for paying settlements to women who allege relationships with him passed legislation on Thursday that requires them to make payments for sexual harassment with their own money.

Current law addressing sexual misconduct that was put in place in 1995 — ironically when Bill Clinton was in the White House — requires an accuser to get counseling, wait 30 days, and allowed accused lawmakers to use a slush fund of taxpayer money to pay off their accusers.

Part of the reason it took Congress all year to get this done is because the House wanted tougher punishments and more transparency when lawmakers sexually harass or discriminate against staff, while Senate Republicans, for some reason, insisted on watering down those provisions.

The passage of the bill, which President Donald Trump has to sign into law, is Congress’s response to the #MeToo movement launched last year, wherein women across the country accused men ranging from Hollywood moguls to media celebrities and members of the House and Senate of sexual harassment and worse.

Rep. Jackie Speier (D-CA) spearheaded the movement in Congress last year after announcing that she, too, had been the victim of sexual misconduct as a young congressional staffer. She was one of the main sponsors behind the House legislation, and she promised to push next session to put that chamber’s tougher terms back in place.

“Taxpayers should never foot the bill for Members’ misconduct,” Speier said in a statement provided to the Huffington Post. “And having spoken with many survivors, the process of going up against a lawyer for the institution and the harasser was as traumatic, if not more traumatic, than the abuse they suffered. … We are committed to offering victims the tools they need to pursue justice. We will address these issues in the next Congress.”

The law is not retroactive, so the members who have left their Congressional seats because of sexual misconduct charges will not be affected, including Blake Farenhold (R-TX), Patrick Meehan (R-PA), Trent Franks (R-AZ), John Conyers (D-MI), and Al Franken (D-MN).

The Daily Caller asked Speier why lawmakers paying off women who make accusations against them differs from what Trump is alleged to have done when his lawyer paid funds to women who claimed to have had a relationship with him.

“They’re totally unrelated,” Speier told The Daily Caller on Wednesday. She later explained, “One was to impact an election and the other was bad behavior within Congress.”

“When pressed further about the Congressional settlements being taxpayer money, as opposed to any money allegedly paid to Stormy Daniels through Michael Cohen, Speier responded, “I’m the one who has carried the legislation to make sure that members are held accountable. These members are now gone. There’s no one left who was sexually harassing.”

Democratic Minnesota Rep. Keith Ellison wants ex-girlfriend Karen Monahan to know that the two “don’t have to destroy each other” over her claim that Ellison physically abused her.

Monahan, a liberal activist for Sierra Club, accused Ellison of physically and emotionally abusing her and claims to have a video of him dragging her off a bed, although she has yet to produce it.

Ellison is the deputy chair of the Democratic National Committee (DNC) and on Tuesday won the party’s nomination for Minnesota attorney general. He has repeatedly denied Monahan’s allegations.

A reporter for local Minnesota station WCCO asked Ellison on Wednesday what he would say to Monahan if he could.

“I would say: we loved each other, we don’t have to destroy each other,” Ellison said.

“Is that what you think she is trying to do?” asked the interviewer.

“I don’t know, I don’t want to speculate on motive,” Ellison answered.

Monahan’s son Austin first aired the allegations against Ellison on Saturday and claimed to have witnessed the alleged video of Ellison’s abuse.

“I was using my moms computer trying to download something and I clicked on a file, I found over 100 text and twitters messages and video almost 2 min long that showed Keith Ellison dragging my mama off the bed by her feet, screaming and calling her a ‘fucking bitch’ and telling her to get the fuck out of his house,” Austin wrote in a viral Facebook post.

“Sitting all this time, watching what our mom went through and not being able to say or do anything was hard as hell. None of you know the hell our family has gone through. I don’t think half of you would even care,” Austin added.

“We watched her so called political friends stand by say or do nothing. People had an idea what happened and never reached out to my mom. The same people who are posting about social justice are ready to smear my mom, protect a person who abused her and broke the law.”

Like her son, Monahan has also said that she expects to be smeared for speaking out against Ellison.

“I was well prepared for the smears, etc. It is exactly what I wanted to bring to light,” she tweeted Monday.

“This issue is so much bigger than my story, but with each story that surfaces, we make a dent each time and it brings us closer to justice.”

Samantha Bee returned to Full Frontal on Wednesday and issued an angry apology for her controversial remarks regarding White House senior advisor Ivanka Trump, saying, “it is a word I have used on the show many times hoping to reclaim it.”

“You know, a lot of people were offended and angry that I used an epithet to describe the President’s daughter and advisor last week. It is a word I have used on the show many times, hoping to reclaim it, this time I used it as an insult. I crossed the line. I regret it and I do apologize for that,” Bee said at the top of her show.

“I want this show to be challenging and I want it to be honest,” Bee continued, before inserting several jokes and criticism of the Trump administration’s policies into her monologue. “I never intended it to hurt anyone, except Ted Cruz. Many men were also offended by my use of the word… I do not care about that. I hate that this distracted from more important issues.”

“I should have known that a potty-mouthed insult would be inherently more interesting to them than juvenile immigration policy,” Bee said of President Donald Trump’s border policy. “I would do anything to help those kids. I hate that this distracted from them and so to them I am also sorry.”

“I’m really sorry that I said that word. But, you know what? Civility is just nice words, may we should all worry little bit more about the niceness of our actions,” Bee concluded.

The TBS late-night host called Ivanka Trump “feckless cunt” after the White House advisor posted to Twitter a photo of herself snuggling her son. 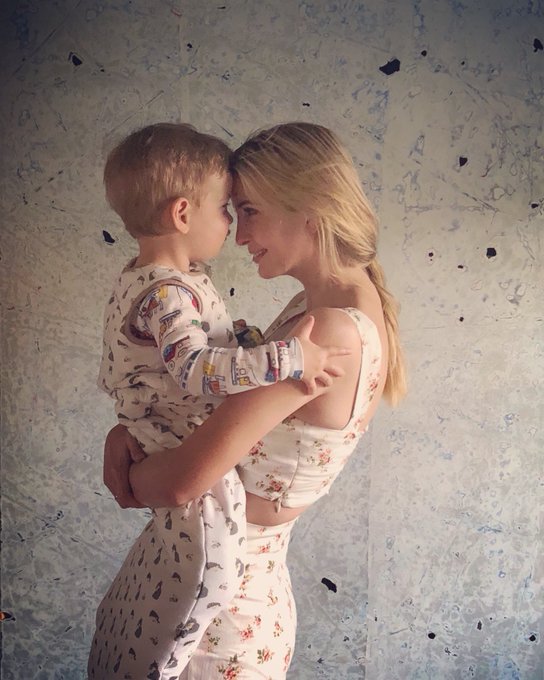 After a social media firestorm prompted by the profane remark, Bee tweeted out an apology.

“I would like to sincerely apologize to Ivanka Trump and to my viewers for using an expletive on my show to describe her last night. It was inappropriate and inexcusable. I crossed a line, and I deeply regret it,” she wrote.

I would like to sincerely apologize to Ivanka Trump and to my viewers for using an expletive on my show to describe her last night. It was inappropriate and inexcusable. I crossed a line, and I deeply regret it.

TBS — which scrubbed the episode from the Internet — admitted in a statement that “those words should not have been aired.” Full Frontal sponsors State Farm and Autotrader suspended their advertisements on the weekly show.

Bee was defended, supported, or praised by Hollywood celebrities from Jon Stewart to Michael Moore and Joss Whedon to Judd Apatow.

President Trump hammered Bee and her network and asked why the TBS host had not been fired for her “horrible language” and “low ratings.”

“I wanted a woman president really badly, and I supported Hillary Clinton,” Patrice Failor Comey told Stephanopoulos. “A lot of my friends worked for her. And I was devastated when she lost.”

James Comey admitted that his wife and girls all took part in the Women’s March in response to Donald Trump’s election.

“My wife and girls marched in the Women’s March, the day after President Trump’s inauguration,” he said. “At least my four daughters — probably all five of my kids, wanted Hillary Clinton to be the first woman president. I know my amazing spouse did.”

During his earlier speech in Ohio, President Donald Trump attacked Pelosi for calling $1000 bonuses for workers “crumbs,” asserting that Pelosi is the GOP’s “secret weapon” to winning elections.

On top of mocking Speaker Paul Ryan for tweeting about a school secretary receiving $1.50 more in her weekly paycheck — which the woman said would allow her to cover her yearly Costco membership — Matthews suggested that Trump attacks Pelosi because she is “ethnic” and “from the coasts.”

“Picking on somebody from the coasts, usually ethnic, and making them the poster person of the Democratic Party is old business for the Republicans,” Matthews claimed. “They did that for Tip O’Neil, they did it after Teddy, and now they do it after Nancy Pelosi.”

“They take an ethnic sort of person from one of the coasts and make them the banner person,” he concluded.

Pelosi is white and was born in the United States, so it is unclear what Matthews meant when he referred to her as “ethnic.”

Matthews also alleged that Republicans like to attack Pelosi because she “looks well-off, she’s well-dressed, she seems like somebody who comes from pretty good circumstances.”

Chris Matthews: Pelosi Is An ‘Ethnic Sort Of Person’ 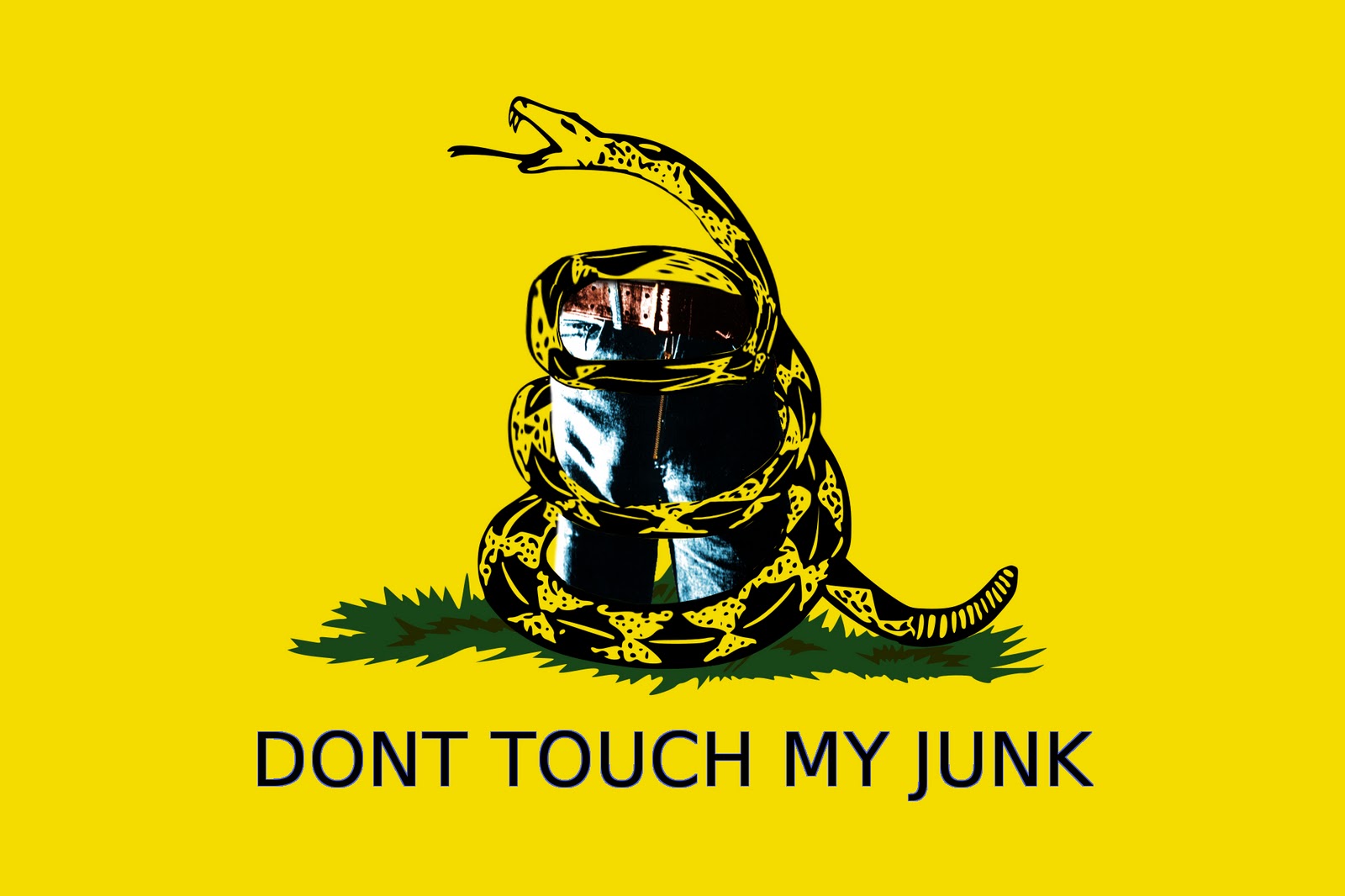