Former squaddie Joe Robinson, from Lancashire, fled Turkey after he was jailed for seven-and-a-half years on trumped-up terror charges

BRAVE Westerners who dropped their cosy lives to fight ISIS alongside the UK’s Kurdish allies face being treated like returning jihadis.

The UK is among many countries including Germany, The Netherlands and Australia, who penalise volunteers who risked their lives.

His partner Mira Rojkan, a Bulgarian citizen studying Law, was also arrested and accused of engaging in terrorist propaganda.

Rojkan was given a suspended sentence, the BBC reported Robinson’s mother as saying.

Robinson, who previously served in Afghanistan with the Duke of Lancaster Regiment, previously admitted fighting ISIS but went on to deny he acted alongside the Kurdish militia.

‘I AM NOT A CRIMINAL’

He wasn’t jailed in the UK, but last September he was jailed for seven-and-a-half years in Turkey.

He remained on bail as he appealed his sentence, but weeks before Christmas, he told the BBC he fled Turkey.

He said: “I could not accept the sentence and charges as I am not a criminal” adding “I had to take matters into my own hands.”

Although officials haven’t yet jailed returning volunteers in the UK, many others have faced intense scrutiny and prosecution upon their return.

Brit teacher and ex-soldier James Matthews, 44, was the first British citizen to be charged on his return with terror offences.

But after a two-and-a-half year investigation, all charges against him were dropped.

He had worked with the YPG, who have been backed by Brit special forces and coalition air strikes.

The group is not listed in the UK as a terror organisation.

LAND OF THE FREE

And it’s not the same in the US.

A former US Marine claims they’re praised for fighting ISIS.

Havel Zafer, who served as a US Marine in Afghanistan told The Times it’s easier for Americans to join without any threat of prosecution.

He added: “In fact we’d likely get embraced for what we were doing when we got home.”

Even when he was injured on the battlefield, he recalled American medics “laughing and joking with him”, while others noted he was doing “good” work.

News of their arrests comes after the terror group released a number of vile propaganda videos, shortly after it was believed they were defeated.

The SDF declared military victory over ISIS on March 23 after liberating what it said was the last pocket of territory held by the militants.

And Donald Trump said the US and Coalition allies have liberated all the areas that had been under ISIS’s control in Syria and Iraq – “100 per cent of the caliphate”.

During his earlier speech in Ohio, President Donald Trump attacked Pelosi for calling $1000 bonuses for workers “crumbs,” asserting that Pelosi is the GOP’s “secret weapon” to winning elections.

On top of mocking Speaker Paul Ryan for tweeting about a school secretary receiving $1.50 more in her weekly paycheck — which the woman said would allow her to cover her yearly Costco membership — Matthews suggested that Trump attacks Pelosi because she is “ethnic” and “from the coasts.”

“Picking on somebody from the coasts, usually ethnic, and making them the poster person of the Democratic Party is old business for the Republicans,” Matthews claimed. “They did that for Tip O’Neil, they did it after Teddy, and now they do it after Nancy Pelosi.”

“They take an ethnic sort of person from one of the coasts and make them the banner person,” he concluded.

Pelosi is white and was born in the United States, so it is unclear what Matthews meant when he referred to her as “ethnic.”

Matthews also alleged that Republicans like to attack Pelosi because she “looks well-off, she’s well-dressed, she seems like somebody who comes from pretty good circumstances.”

Chris Matthews: Pelosi Is An ‘Ethnic Sort Of Person’ 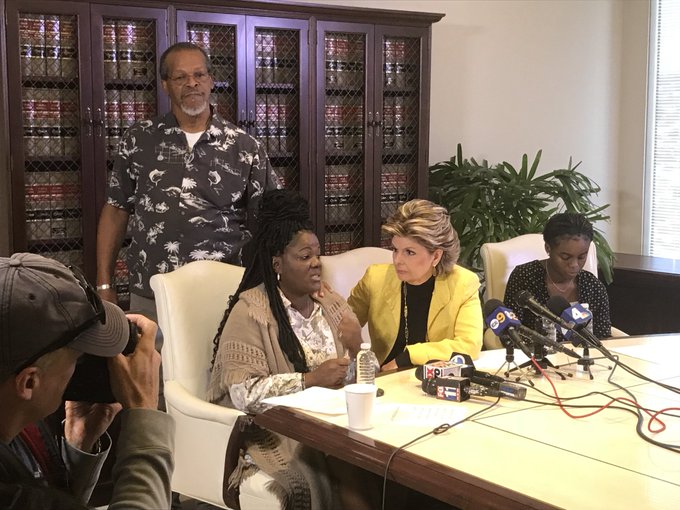 A group of student-activists at the University of Florida painted their pants in fake blood to simulate menstrual flow earlier this week in order to protest the lack of free menstrual products on the school’s campus.

Calling it a “bleed-in,” about two dozen students participated in the faux-menses demonstration on campus, according to The Independent Florida Gator.

“If you’re disgusted with our bloody pants, then maybe you should rethink whether or not this is important for everybody or if everybody would use it,” 30-year-old student Jenny Boylan said, according to The Gator. “I think you all collectively benefit from me not bleeding in your seat.”

The protest comes after the university’s student government voted against a proposition to provide free menstrual products to women on campus.

Although organizers did not expect everyone to paint their pants, they hoped the visual inspires students to advocate for accessible menstrual products.

Shannon Mathew, a UF psychology and sociology senior, was one of the first students to paint their pants at the protest.

The 21-year-old said she’s had no access to a tampon in an emergency too many times to count.

“This is a part of reproductive justice,” Mathew said. “I’m not ashamed of my period, and I don’t think anyone should be.”

A Change.org petition in support of free menstrual products at the university garnered 3,200 signatures last semester.

The government of Berlin has decided to create women-only “safe spaces” on New Year’s Eve in order to prevent potential migrant sex attacks that have plagued New Year’s celebrations since 2015.

In order to avoid a repeat of the Cologne sex attacks, the Berlin government announced the creation of women-only spaces in the area near the Brandenburg Gate for New Year’s Eve. The “safety zone” will be, according to organisers, a space for women to go who may have been harassed or feel uncomfortable, and will be staffed by members of the Red Cross, Kronen Zeitung reports.

Hundreds of thousands of party-goers are expected to attend the celebrations in Berlin and authorities say that security will be heightened to the point where backpacks, alcohol and other items will be totally prohibited.

Event spokeswoman Anja Marx told Reuters, “We are doing this for the first time. The police requested it after they did it at the Munich Oktoberfest this year and it worked out well.” She also noted that trained psychological personnel would also be available on site.

According to Marx, the security costs for the event have reached well over 100,000 euros.

Along with an increased police presence of both uniformed and plainclothes officers,  1,400 firefighters and volunteers will be on hand to put out any potential fires caused by fireworks. Last year firefighters were forced to respond to more than 400 fires.

Other cities in Germany have also ramped up their security, like Hamburg, where police have deployed new camera technology to better identify suspects involved in crimes.

In Cologne, where in 2015 hundreds of sex attacks were reported, city officials have been criticised for handing out anti-rape wristbands as part a of a “respect” campaign to discourage further attacks.

Last year the number of attacks in Cologne greatly decreased but police were slammed by some for allegedly racially profiling North African migrants in order to tackle the problem.

Many victims from 2015 identified migrants as being behind the vast majority of the sex attacks that occurred that year.

WHY IN THE HELL DID HE APOLOGIZE?

Formula One champion driver Lewis Hamilton apologised Tuesday evening for posting a video to social media of him celebrating Christmas with his family, in which he tells his young nephew that “Boys don’t wear princess dresses!”.

Referring to the Christmas day post which he has since deleted, Hamilton wrote on micro-blogging platform Twitter Wednesday that ” I was playing around with my nephew and realised that my words were inappropriate so I removed the post. I meant no harm and did not mean to offend anyone at all. I love that my nephew feels free to express himself as we all should.”

Continuing to disavow his instinctive reaction upon seeing his nephew wearing girls clothes, Hamilton wrote: “My deepest apologies for my behaviour as I realise it is really not acceptable for anyone, no matter where you are from, to marginalise or stereotype anyone.

“I have always been in support of anyone living their life exactly how they wish and I hope I can be forgiven for this lapse in judgement.” 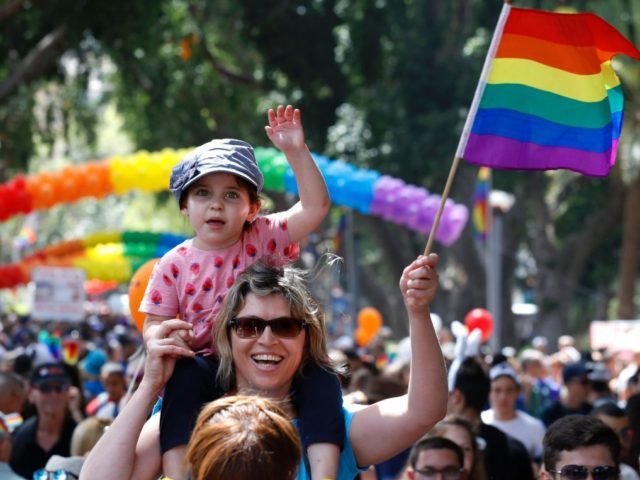 In the original video, which has now been removed from social media, the celebrity racing driver told fans as he pointed the camera towards a young boy wearing a princess dress and holding a wand: “I’m so sad right now. Look at my nephew.

Hamilton was attacked on social media and in print by transgender activists and there have been calls for the driver to be stripped of his MBE, an award from the British crown for services to sports, for his use of social media.

The government has confirmed that children will learn about transgender issues s when compulsory sex education is brought into primaries.

The Metro free newspaper reports some were concerned about the sincerity of Hamilton’s apology after he ‘liked’ a number of tweets defending him, including one that criticised the “PC brigade”, which said: “You’ve done absolutely nothing wrong Lewis. You should never have to apologise to the PC brigade who are getting worse every year. Have fun with your family and don’t worry what others think.”

The princess dress episode is not the first social media incident for the driver. Breitbart reported in 2015 after Hamilton was ordered by his race boss to take down a video and photographs of himself enjoying time on a rifle range hitting targets with an AR-15 rifle.

Hamilton removed the posts at the instructions of his employer but was otherwise unapologetic, remarking: “I went to the shooting range, shot some fun targets. It was a lot of fun.”