The man accused of sexually assaulting a 3-year-old girl inside a bathroom of McDonald’s flagship restaurant in River North had previously been deported, the U.S. Immigration and Customs Enforcement agency said. Chicago officials responded Friday, standing by their decision not to cooperate with ICE on immigration-related business.

Christopher Puente, 34, of Chicago, is currently being held without bail after being charged with predatory criminal sexual assault in connection with an alleged attack on a child in the former Rock N Roll McDonald’s on Clark Street earlier this month.

However, at some point Puente was released prior to the alleged incident at the River North McDonald’s, ICE said.

Both Mayor Lori Lightfoot and Chicago police defended their decision not to cooperate with ICE on any immigration-related business Friday.

“The Chicago Police Department remains committed to protecting all Chicago residents regardless of their immigration status,” Chicago police said in a statement. “Our pledge to restrict ICE access to our information systems and our refusal to cooperate with ICE immigration enforcement measures has not changed.”

Lightfoot said “if ICE is complaining, then they should do their job better.”

“They’re critical because we have said very clearly we are a welcoming city, a sanctuary city. Chicago Police Department will not cooperate with ICE on any immigration-related business,” she said. “And that’s affected their ability to conduct immigration raids across the city. But that’s exactly our intention. We have to make sure our police department is seen as a legitimate force in all our communities.”

She added that the city has other federal partnerships that function well, but maintained that those relationships must be conducted in a way consistent with the city’s values.

Puente has been previously convicted of burglary, forgery, trespassing, domestic battery and related offenses and has a record dating back 20 years.

On Dec. 5, 2014, Puente was deported to Mexico, pursuant to an administrative removal order as he is a convicted aggravated felon due to his previous felony burglary conviction, ICE said. Five days later, on Dec. 10, 2014, border agents encountered Puente at the Brownsville, Texas, border crossing. Puente claimed to be a U.S. citizen and presented a birth certificate. Puente was subsequently charged with falsely claiming citizenship and served a notice to appear before an immigration judge, according to ICE. On March 30, 2017, an immigration judge ordered Puente removed, in absentia, as he failed to show up for his immigration hearing.

Puente was assisted by a sign-language interpreter in court Feb. 20. He listened to prosecutors as they detailed his alleged acts perpetrated after the little girl’s father says he took his son and daughter to the men’s bathroom, taking the boy into a stall with him, and leaving her outside.

According to prosecutors, Puente motioned for the girl to enter his stall, when she did so, the defendant closed the stall and locked it. Puente said that he had the victim by the back of the head, covered mouth, and told her “shhhh.”

Prosecutors said the girl’s father heard his daughter’s cries and desperately tried to open the locked stall. He could see her feet dangling off the ground, so he grabbed her legs and pulled her out from under the stall. He ran out of the bathroom with her, leaving Puente inside the bathroom.

The girl was hospitalized after the alleged rape.

Surveillance pictures of Puente exiting the bathroom were circulated by police prior to his arrest.

Prosecutors said Puente was being investigated for trespassing when police recognized him from the surveillance pictures because he was wearing the same clothes he had on following the alleged attack.

After he was arrested, Puente confessed some of what he had done and described his actions to authorities. 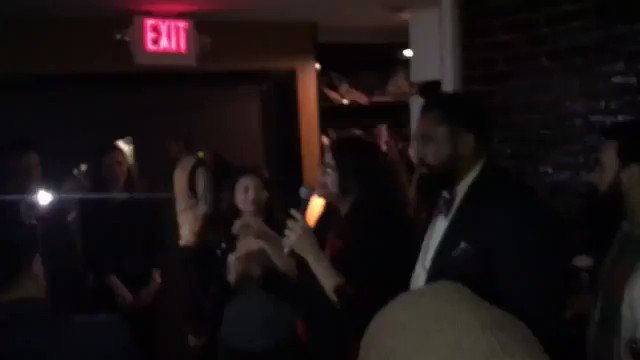 Senators were allowed to begin viewing the FBI report from a secure location inside the U.S. Capitol beginning at 8 a.m. EST Thursday.

“With Leader McConnell’s cloture filing, Senators have been given ample time to review this seventh background investigation,” White House spokesman Raj Shah said in a statement. “This is the last addition to the most comprehensive review of a Supreme Court nominee in history, which includes extensive hearings, multiple committee interviews, over 1,200 questions for the record and over a half million pages of documents.”

He went on to say that the White House is “fully confident” that Kavanaugh will get confirmed to the Supreme Court.

The New York Times is reporting that the FBI reached out to 10 individuals and interviewed nine of them. Kavanaugh’s first accuser, Christine Blasey Ford, was not one of those interviewed, her lawyers said in a statement late Wednesday.

“An FBI supplemental background investigation that did not include an interview of Dr. Christine Blasey Ford – nor the witnesses who corroborate her testimony – cannot be called an investigation,” Blasey Ford’s lawyers’ statement said. “We are profoundly disappointed that after the tremendous sacrifice she made in coming forward, those directing the FBI investigation were not interested in seeking truth.”

The White House reportedly gave the FBI free reign over who they wanted to investigate earlier this week. Prior to this order, the FBI had only interviewed four people, three of whom were people that Ford alleged were at the party. The fourth was Deborah Ramirez, the second accuser.

Sen. Bernie Sanders (I-VT) is set to unveil a plan that would give American workers who want or need jobs guaranteed government jobs that pay at least $15 per hour and have health benefits.

The progressive Vermont senator’s guaranteed jobs plan would entitle any American a job or job training in U.S.-funded projects in infrastructure, the environment, caregiving, and education, but he did not provide a cost-estimate or plan to fund the proposal, the Washington Post reported.

A representative from Sanders’ office said no funding estimate was available for the project because staffers were still crafting the proposal.

“The goal is to eliminate working poverty and involuntary unemployment altogether,” said Darrick Hamilton, an economist at The New School who expressed support for a guaranteed jobs program. “This is an opportunity for something transformative, beyond the tinkering we’ve been doing for the last 40 years, where all the productivity gains have gone to the elite of society.”

Critics of the plan have said guaranteed jobs proposals would not be sustainable or affordable, and would cause massive job losses in the private sector.

Studies have shown that states and cities which choose to enact a $15 per hour minimum wage trigger job losses. A December 2017 study found that once California’s minimum wage hike takes effect in 2022, the state would lose 400,000 jobs.

“It completely undercuts a lot of industries and companies,” Brian Riedl, a senior fellow at the Manhattan Institute who opposes the program, told the Post. “There will be pressure to introduce a higher wage or certain benefits that the private sector doesn’t offer.”

The proposal is unlikely to gain favor with Republicans in control of Congress, and even most Democrats have slammed similar plans as unrealistic.

“It would be extremely expensive, and I wonder if this is the best, most targeted use of the amount of money it would cost,” said Ernie Tedeschi, an economist who worked for the Treasury during the Obama administration.

The Vermont senator’s proposal comes days after he declared President Trump’s agenda “dead” if the Democratic Party wins the majority in the House or Senate.