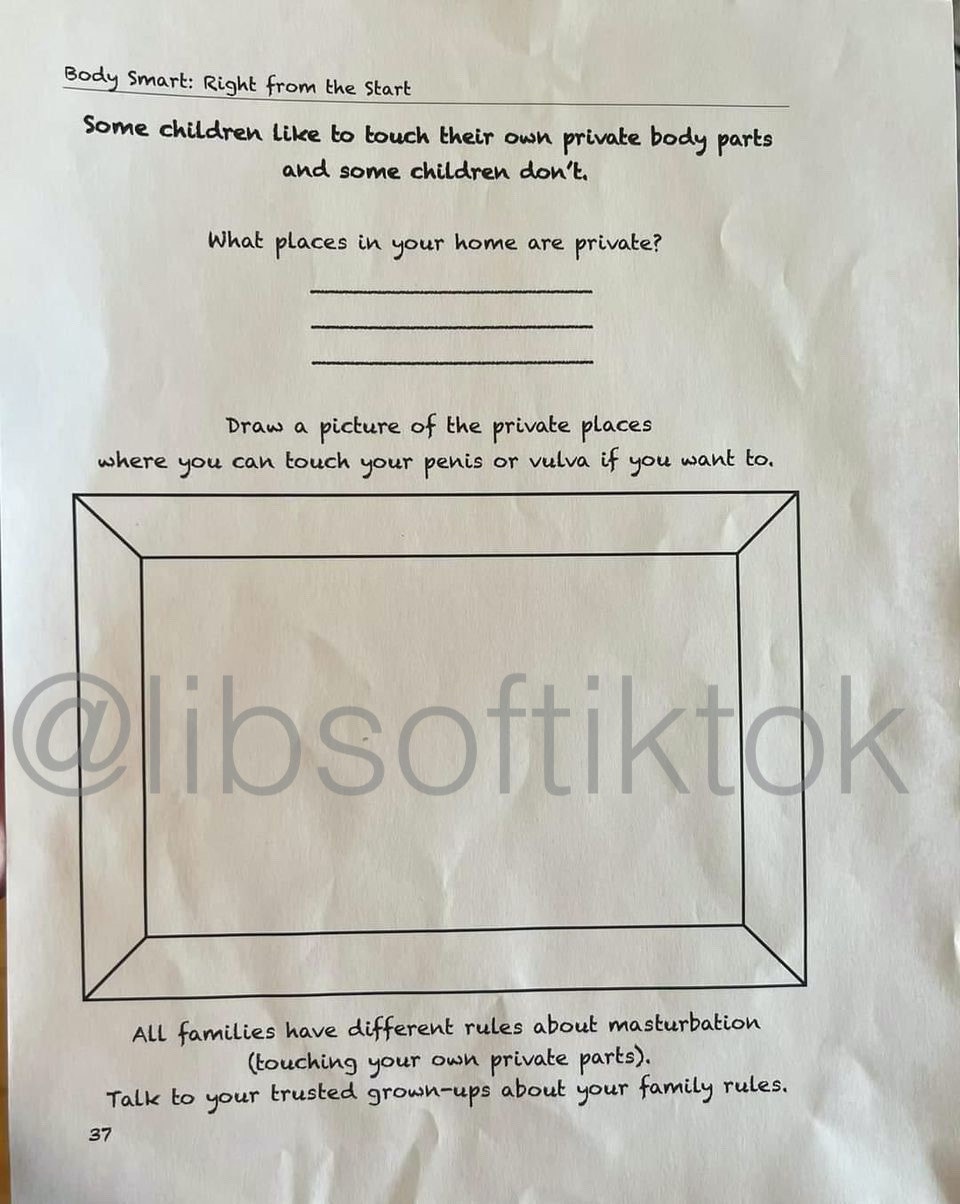 Here’s the worksheet the children were asked to complete:

T’lisa̱lagi’lakw School is part of the Namgis First Nation. A spokesperson for the Nation told Libs of TikTok “the incident is under investigation” and therefore was not able to comment further. The principal could not be reached for comment.

The worksheet is adapted from a book called Body Smart: Right From the Start which is advertised for 3-7 year olds.