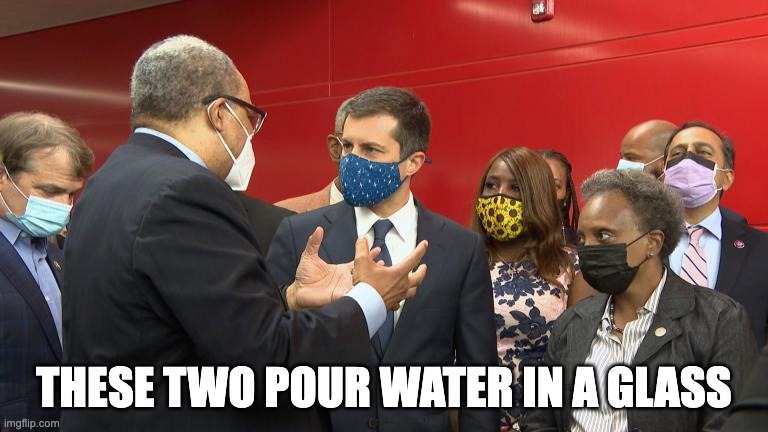 Transportation Sec. Pete Buttigieg was in Chicago on Saturday, speaking to the city’s political leaders about efforts to encourage fair and equitable transportation options for all residents.

Buttigieg appeared at the 56th annual International Convention of the Rainbow PUSH Coalition in Kenwood on Saturday, speaking about the critical nature of investments in communities underserved by public transit, and how those investments will help build up those communities and reduce crime in the process. 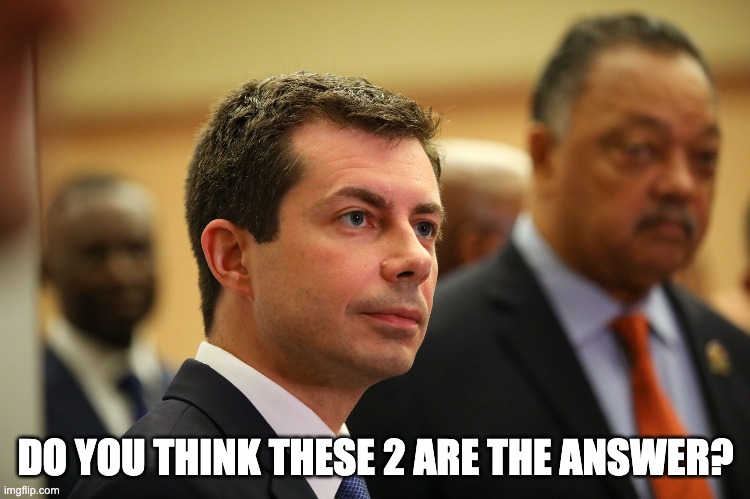 “We think that if we invest in the places that have been disinvested in for years or decades, we are creating the opportunities that lead to safety,” he said.

Buttigieg spoke to convention-goers about Chicago’s share of the federal government’s $1.2-trillion infrastructure bill, with $2.5 billion of that money going toward investments in the city’s transit system.

The main beneficiary of that investment will be the city’s plan to extend the CTA’s Red Line beyond 95th Street, according to Mayor Lori Lightfoot.

“This Red Line extension will go all the way to the edge of our city,” she said.

Lightfoot says that the funding will also go toward addressing so-called ‘transit deserts,’ highlighting neighborhoods like Altgeld Gardens and Roseland.
“Those communities desperately need the support that the Red Line will bring to them,” she said. 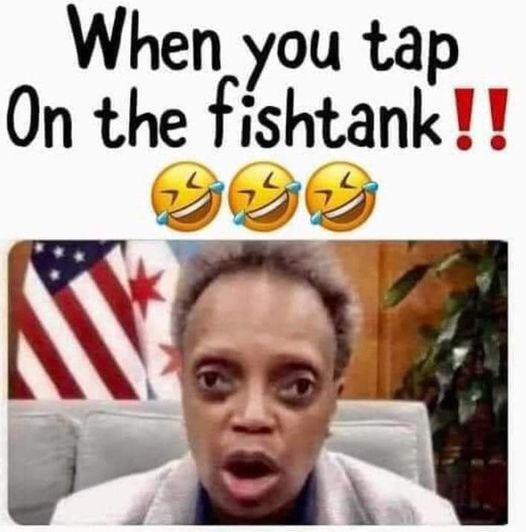 Lightfoot said that her administration’s vision is to turn the entire city into a ’15-Minute City,’ meaning that all residents would be within 15 minutes of urban amenities.

“As we build up our infrastructure, we must do so in a smart way,” she said. “So that all residents can share in it…(and receive) all the opportunities that come with it.”

Dumb ass “Dick” Durbin says he is working full time for the DACA recipients. Liberals and the vile left seem to have forgotten who they are suppose to be working for. Look at Dick Durbin’s state which is Illinois and it is not doing so damn well right now. Look at the damn violence in Illinois and tell me should “Tricky Dick” Durbin be working harder for Illegal Immigrants or Americans in his own state?

(1) “The violent crime rate for that northwest Illinois town of 150,000 stands at 1,374 per 100,000 residents. Violent crime includes murders, rapes, robberies and property crimes, like burglary and car theft.

There were 19 reported murders in Rockford, ranking No. 1 outside of Chicago (414 murders). Peoria reported 16 murders.

South suburban Harvey, with a population of only about 25,500, had an alarmingly high 10 murders.

According to the FBI report, Chicago is not included because the FBI believes crime in the city is under-reported and specifically doesn’t properly classify the number of rapes. Not surprisingly, even without those numbers, the city has the highest crime rate in the state, considering its size and population density.

Without including rapes and aggravated assaults, there were about 12,229 violent crimes and 95,908 property crimes in Chicago in 2013 — a total of 108,137 crimes. There were 414 murders, and more than 11,000 robberies. The property offenses include crimes like burglary and arson.

Not including Chicago, here are the 10 Illinois cities with the most violent crime:

I hate to sound like a damn broke record but it does bare repeating. We have Sen. Dick Durbin, Sen Tammy Duckworth, former President Barack Obama, former first lady Michelle Obama, Fake preacher Jesse Jackson, Oprah Winfrey was there for a while, and Louis Louis Farrakhan. Then if you look at the Representatives there are 13 democrats and 5 republicans, plus we did not even start on the Mayors and Teachers Unions. To add insult to injury many believe they were on the verge of filing bankruptcy.

So my question to all of the race baiting mentally challenged liberals who have been elected to represent people in their respected districts. Why are you not working for the American People this damn hard? See some people would like to think you can negotiate with these demon filled liberals who say it is their job to protect the folks who broke the law. But these are the same morons that will have an aneurysm if you talk about tax-cuts on your money.

These are the same do-gooders who think that if a man decides to call himself a woman then, abracadabra Bruce Jenner you are a man. If I think I’m a lion does that make me one? If I say I’m a bird and I jump off a building will I be able to fly? We must stop thinking that liberals who are technically socialist, and communist, will be rational. Dick Durbin, Democrats and many liberals republicans like “The Cat Man” Lindsey “Queer” Graham will never do what is best for America. Why in the hell are we 20 trillion dollars in debt? Could some one please tell me how in is it great for America that we keep bringing people from “ShitHole” Countries to America? Stop with the bullshit that we where built on immigration. Yes we were built on immigration, but that means “LEGAL IMMIGRATION” IDIOTS.

By ET Williams aka The Doctor Of Common Sense

Civil rights activist Rev. Jesse Jackson has been accused of sexual harassment by a journalist who says the Chicago community leader grabbed her thigh while making a crude comment.

Writer Danielle Young, in an article for “The Root,” accused Jackson of making the “unwanted” advance and comment during a photo-op after a media event.

“I walked toward Jackson, smiling, and he smiled back at me,” Young wrote. “His eyes scanned my entire body. All of a sudden, I felt naked in my sweater and jeans. As I walked within arm’s reach of him, Jackson reached out a hand and grabbed my thigh, saying, ‘I like all of that right there!’ and gave my thigh a tight squeeze.”

The post included several photos of the encounter in which Young writes “don’t let the smile fool you. I’m cringing on the inside.”

A representative for Jackson’s Rainbow PUSH Coalition said “Although Rev. Jackson does not recall the meeting three years ago, he profoundly and sincerely regrets any pain Ms. Young may have experienced.”

Young said she was “never going to tell this story” originally “because for the longest time, I didn’t even know if there was a story.”

“What happened to me was something that was so casual, I almost didn’t even consider it sexual harassment, even though it was beyond my desire,” she wrote.

Jackson was previously accused of harassment in 2010 by an openly gay staffer who filed a complaint alleging the civil rights leader propositioned him.

Jackson flatly denied the allegations in a legal response.

The accusations against Jackson are the latest in a storm of sexual harassment allegations engulfing the entertainment, news and political worlds.

The issue has taken over the national spotlight following dozens of sex assault allegations against Hollywood producer Harvey Weinstein and a growing list of boldface names in entertainment and the media.

Weinstein is under investigation in Los Angeles, Beverly Hills, London and New York for possible criminal cases after several women accused him of sexual assault or rape.

On Friday, Hamilton Fish, publisher of The New Republic, resigned amid allegations of sexual harassment.

Others include author and former NBC analyst Mark Halperin, former New Republic literary editor Leon Wieseltier and former NPR chief editor Michael Oreskes, who was an AP executive from 2008 to 2015.

Last week, state Sen. Ira Silverstein was accused of sexual harassment by a victim advocate, bringing Illinois into the chorus of statehouses nationwide alleging sexual harassment is pervasive in the halls of political power.

Civil Rights activist Rev. Jesse Jackson said this week that the Electoral College “must come down,” and warned that President Trump may have trouble making it into Heaven because of his views on immigrants.

Jackson said that Trump demands people “speak English, be qualified and have a job skill,” the Daily Wire reported.

He also called for reminders of the Confederacy to be removed from public view, adding that “the statues must come down.”

“The electoral college must come down,” Jackson added, saying it interferes with the ability for one man to have one vote in a democracy.