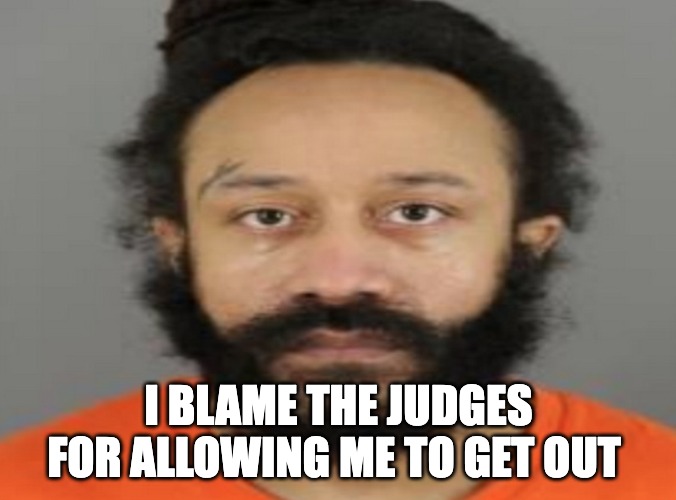 The suspect who allegedly plowed into a Christmas parade in Waukesha was released on bail just two days before the deadly attack.
Darrell Edward Brooks Jr, 39, was taken into custody on Sunday night after a red Ford Escape SUV drove into a the parade in the Wisconsin city, killing five and injuring more than 40 people, the Associated Press reported.
The police have not yet released the suspect’s name and have only said they have a “person of interest” in custody.

Sources told NBC News the driver may have been fleeing a knife fight at a nearby park just before the car barrelled into the parade on Waukesha’s Main St at 4.39pm local time.

According to Milwaukee County court records, Brooks has a lengthy criminal record and had only been released from jail on Friday.
Records show Brooks was arrested on 5 November on charges of domestic abuse, resisting an officer, and second-degree recklessly endangering safety, disorderly conduct and felony bail jumping.

He pleaded not guilty to all counts and was released two days before the deadly Christmas parade attack after posting the $1,000 bond.
Brooks has another open felony case for second-degree recklessly endangering safety and possession of a firearm as a convicted felon from July 2020.
He has convictions dating back to 1999, according to Wisconsin court records.
Brooks is also a hip-hop musician performing under the name MathBoi Fly.
On a since-deleted social media profile, Brooks described himself as an “Underground Hip-Hop/Rap/Drill recording artist/producer/writer/actor”.
Brooks had been posting on social media about the trial of Kyle Rittenhouse, which concluded in Kenosha on Friday about 50 miles south of Waukesha.
A preliminary investigation has indicated the attack was not linked to terrorism or Friday’s verdict in the Rittenhouse trial in Kenosha, sources told NBC News.
Police squads were seen outside Brooks’ home in Milwaukee, Wisconsin, on Sunday night and his name was reportedly heard over police scanners.