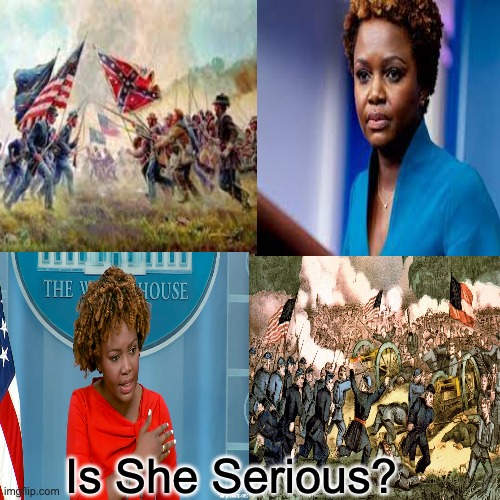 The entire world is laughing at America while the media and the government protects Joe Biden and his family. Elon Musk releasing the documents of what twitter was doing to cover for the parasite family known as the Biden’s. The laptop from hell simple exposes what we already knew.

And if the New York Post knew it, don’t you have enough of a brain to understand that the Intel Community knew it also. Yet they chose to ignore it and help pedo Joe steal the election. And yes, they stole the damn election. If anyone else had this many eyewitnesses and video evidence. Someone would have been arrested.

When Joe Biden was recently with French President Emmanuel Macron. The president of France was leading him around as if he was a child. It should be embarrassing but the media and the government have no shame.

It is obvious to anyone who listens to and looks at Joe Biden. That most of his mind has escape his body. This proves Jill Biden or any of the other family loves Joe. I would not allow my loved one to make a fool out of himself like this.

By: Doctor Of Common Sense

Last week, reports indicated Stefan Halper, a Cambridge professor and longtime aide to some of Washington’s most powerful figures, was outed as an FBI informant planted inside Donald Trump’s 2016 presidential campaign.

Halper made his first overture when he met with Page at a British symposium. The two remained in regular contact for more than a year, meeting at Halper’s Virginia farm and in Washington, DC, as well as exchanging emails.

The professor met with Trump campaign co-chair Sam Clovis in late August, offering his services as a foreign-policy adviser, The Washington Post reported Friday, without naming the academic.

Days later, Halper contacted Papadopoulos by e-mail. The professor offered the young and inexperienced campaign aide $3,000 and an all-expenses-paid trip to London, ostensibly to write a paper about energy in the eastern Mediterranean region.

Here are a few fast facts about Halper’s history in politics.

Got His Start in Nixon/Ford Years

The Stanford and Oxford-educated Halper started his career in government in 1971 as a member of President Richard Nixon’s Domestic Policy Council. The foreign policy expert served as the Office of Management and Budget’s Assistant Director of Management and Evaluation Division between 1973-1974. Halper then served as an assistant to all three of President Gerald Ford’s Chief of Staffs — Alexander Haig, Donald Rumsfeld, and Dick Cheney — until 1977.

The Reagan-Bush presidential campaign hired Halper to serve as Director of Policy Coordination in 1980 and would later be embroiled in the Debategate affair, a scandal in which CIA operatives were accused of leaking the Carter campaign’s foreign policy positions to the Republican ticket.

Four decades ago, Halper was responsible for a long-forgotten spying scandal involving the 1980 election, in which the Reagan campaign – using CIA officials managed by Halper, reportedly under the direction of former CIA Director and then-Vice-Presidential candidate George H.W. Bush – got caught running a spying operation from inside the Carter administration. The plot involved CIA operatives passing classified information about Carter’s foreign policy to Reagan campaign officials in order to ensure the Reagan campaign knew of any foreign policy decisions that Carter was considering.

Had a Stint as a Bank Executive

Believed Hillary Clinton Would Be a Better Steward for U.S.-UK Relations

In March 2016, Halper told Russia’s Sputnik News that he believed then-Democratic presidential nominee Hillary Clinton would prove to be a steadier hand in preserving the “special relationship” enjoyed by the United States and Britain.

“I believe Clinton would be best for US-UK relations and for relations with the European Union. Clinton is well-known, deeply experienced and predictable. US-UK relations will remain steady regardless of the winner although Clinton will be less disruptive over time,” Halper said.

The former British spy who wrote the infamous dossier has been ordered to appear for a deposition in a lawsuit over the salacious document filed in the U.S.

A British court ordered Christopher Steele to testify about his role in compiling the dossier, which alleges that the Trump campaign colluded with the Russian government during the 2016 presidential campaign.

Steele’s report was funded by the Clinton campaign and Democratic National Committee. BuzzFeed News published the 35-page document in Jan. 2017.

Aleksej Gubarev, a Russian businessman named in the dossier, is suing BuzzFeed in Florida and Steele in London. The dossier claims that Gubarev was recruited as a Russian spy and that his web hosting companies were used to infiltrate the DNC’s computer systems.

Gubarev’s lawyers have tried for months to force the London-based Steele to provide a deposition for the lawsuit against BuzzFeed, which is being heard in federal court in Florida.

Steele has resisted the efforts to provide a deposition, arguing that Gubarev’s lawyers are attempting to use his deposition in the BuzzFeed case in order to collect information for use in the lawsuit pending against him in the U.K.

But a British judge sided against that argument.

A judge on the Queen’s Bench Division of the High Court in London ruled, “it is obvious that the author of the paragraph complained of in the Florida proceedings would be a relevant witness in defamation proceedings which are entirely based on the allegations in that paragraph, in a jurisdiction where the plaintiffs have to prove that the allegations are false,” Fox News reported.

Evan Fray-Witzer, a lawyer for Gubarev, praised the decision.

“We’re thrilled that the English Court has ordered Mr. Steele to sit for his deposition,” Fray-Witzer said. “It was always amazing to us that he could talk as freely as he has to reporters around the world about the dossier, yet refuse to sit for a deposition about the same topics.”

Fray-Witzer told The Daily Caller News Foundation a date has not been set for the deposition, but will likely be held within the next 4-6 weeks.

Fray-Witzer says that his team recently narrowed the scope of the information it sought from Steele. The former MI6 officer has asserted that his deposition could put dossier sources in danger.

Fray-Witzer says that his team has agreed not to ask Steele about his sources. He also says that Steele has chosen not to appeal the decision. “Buzzfeed published information about Mr. Gubarev and his companies that was unverified and untrue and they seem to be hoping to scuttle the deposition of the person most positioned to testify to those facts,” he told TheDCNF.

The U.S. Supreme Court struck down a provision of federal law Tuesday that allows the deportation of foreign nationals convicted of certain felonies.

Justice Neil Gorsuch joined with the court’s four liberals to strike down the law, in keeping with longstanding conservative anxieties about sweeping and imprecise grants of power to bureaucrats and regulators.

Justice Elena Kagan wrote the opinion for a five-member majority.

At issue in the case was a provision of the Immigration and Nationality Act (INA) that permits the deportation of any alien convicted of an aggravated felony. The law lists a number of convictions that qualify as “aggravated felonies,” then includes a catchall provision for “any other offense that is a felony and that, by its nature, involves a substantial risk that physical force against the person or property of another may be used in the course of committing the offense.”

James Dimaya, a lawful permanent resident, was slated for deportation to the Philippines following two convictions for first-degree burglaries. An immigration judge ordered his removal under the INA’s catchall provision, as first-degree burglary does not appear on the list of qualifying offenses. In turn, Dimaya challenged the provision, arguing it is unconstitutionally vague.

In a 2015 decision called Johnson v. U.S., the high court struck down as unlawfully vague a section of the Armed Career Criminal Act (ACCA) that defined a “violent felony” as, among other things, “conduct that presents a serious potential risk of physical injury to another.” Since then, litigants have brought a number of vagueness challenges to similar provisions of federal law.

Dimaya argued the catchall section of the INA was substantially similar to the statute the court overturned in Johnson. The 9th U.S. Circuit Court of Appeals agreed, prompting the U.S. Department of Justice’s (DOJ) appeal to the Supreme Court. The DOJ argued the 9th Circuit’s review of the statute was excessive, since civil laws are only considered vague if they are “unintelligible.” Deportation proceedings are civil, not criminal matters.

In her opinion for the court, Kagan rejected that argument, finding the grave nature of deportation warrants heavy judicial scrutiny. She then explained the INA’s catchall provision has precisely the same elements as the unconstitutionally vague section of the ACCA, minor linguistic differences notwithstanding.

Gorsuch wrote a separate opinion concurring in the judgment, in which he argued vagueness challenges to civil laws should be treated as seriously as challenges to criminal laws. Many civil penalties — and not just deportation — are in his view so sweeping that courts should police aggressively for vagueness, and abandon the “unintelligible” standard currently in use.

“Grave as that penalty may be, I cannot see why we would single it out for special treatment when (again) so many civil laws today impose so many similarly severe sanctions,” he wrote. Such sanctions include “confiscatory rather than compensatory fines, forfeiture provisions that allow homes to be taken, remedies that strip persons of their professional licenses and livelihoods, and the power to commit persons against their will indefinitely.”

His opinion largely tracks the growing distrust in conservative legal circles of draconian penalties assessed through administrative processes, and is part of a growing campaign to challenge economic regulations on vagueness grounds.

The Justice Department said Congress should quickly amend the INA to ensure a wider range of criminal convictions qualify for deportation.

“We call on Congress to close criminal alien loopholes to ensure that criminal aliens who commit those crimes—for example, burglary in many states, drug trafficking in Florida, and even sexual abuse of a minor in New Jersey—are not able to avoid the consequences that should come with breaking our nation’s laws,” Justice Department spokesman Devin O’Malley said after the ruling. 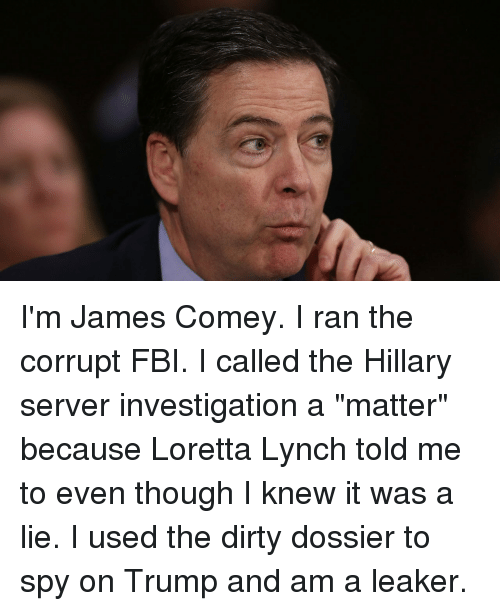