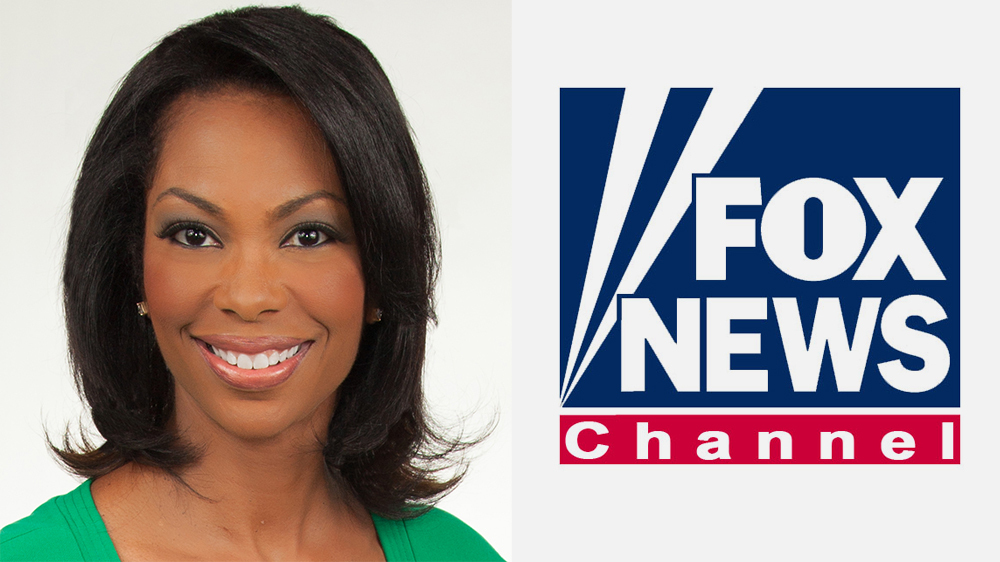 Fox News Channel announced Wednesday it will support CNN’s lawsuit against the White House over the temporary suspension of White House correspondent Jim Acosta’s “hard pass” press credential, revealing the company will file an amicus brief in defense of the partisan network.

FOX News supports CNN in its legal effort to regain its White House reporter’s press credential. We intend to file an amicus brief with the U.S. District Court. Secret Service passes for working White House journalists should never be weaponized. While we don’t condone the growing antagonistic tone by both the President and the press at recent media avails, we do support a free press, access and open exchanges for the American people.

In a brief statement shared to Twitter, CNN thanked Fox News for backing its lawsuit against the White House. 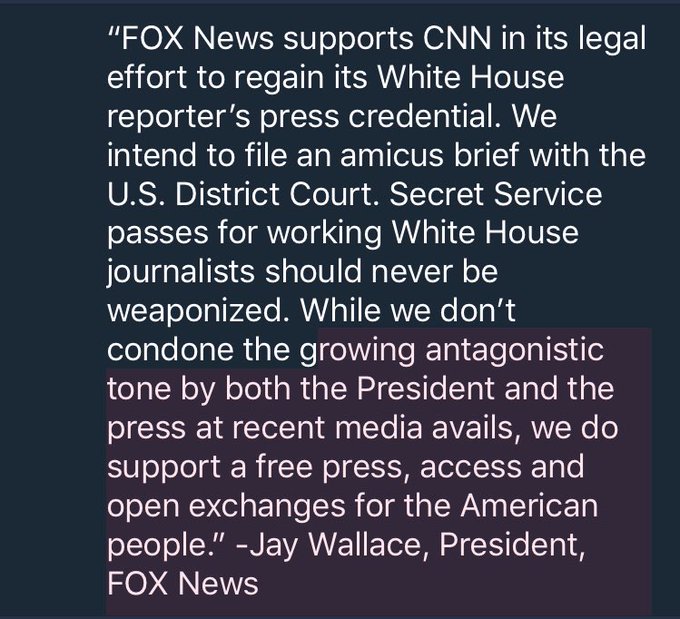 Fox News will file an amicus brief in support of @Acosta and CNN. Thank you @FoxNews! Statement from Jay Wallace below:

7,051 people are talking about this

NBC and the National Association of Hispanic Journalists told CNN that they will be joining the brief in support of the network.

We spoke last night with the legal team of @acosta/@cnn and will also be joining an amicus brief in support of the correspondent and the network. #PressFreedom #MoreLatinosInNews

40 people are talking about this

JUST IN: Numerous news outlets, including NBC News, issue joint statement saying they will file briefs “to support CNN’s and Jim Acosta’s lawsuit” against the Trump admin. over its decision to revoke Acosta’s press pass.

556 people are talking about this

Further, CBS News released a separate statement revealing the network will file a friend of the court brief in support of CNN. 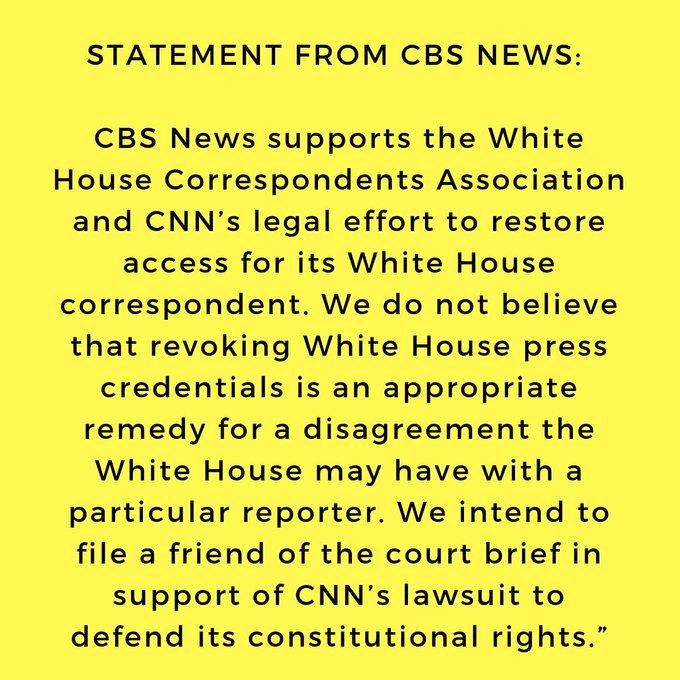 196 people are talking about this

The administration stripped Acosta of his pass to enter the White House following President Donald Trump’s contentious news conference last week, where Acosta refused to give up a microphone when the president said he didn’t want to hear anything more from him.

In response to the lawsuit, White House Press Secretary Sarah Sanders said in a statement: “this is just more grandstanding from CNN, and we will vigorously defend against his lawsuit.”

CNN said Acosta was given no warning of the action, and no recourse to appeal it. Acosta traveled to Paris to cover Trump’s visit there this weekend and, although given permission by the French government to cover a news event, the Secret Service denied him entrance, the company said.

“Without this credential, a daily White House correspondent like Acosta effectively cannot do his job,” CNN’s lawsuit said.

CNN asked for an injunction to immediately reinstate Acosta, as well as a hearing on the larger issue of barring a reporter.

Acosta has been a polarizing figure even beyond the distaste that Trump and his supporters have for him. The Poynter Institute, a journalism think tank, editorialized last week that Acosta’s encounter with Trump at the news conference “was less about asking questions and more about making statements. In doing so, the CNN White House reporter gave President Donald Trump room to critique Acosta’s professionalism.”

In an opinion-editorial published Wednesday, Breitbart News senior legal editor Ken Klukowski argued President Trump will the lawsuit because the “Constitution does not allow a federal court to issue this kind of order to the White House,” while the “First Amendment does not protect” Acosta’s actions.

CNN v Trump by on Scribd

The Associated Press contributed to this report.