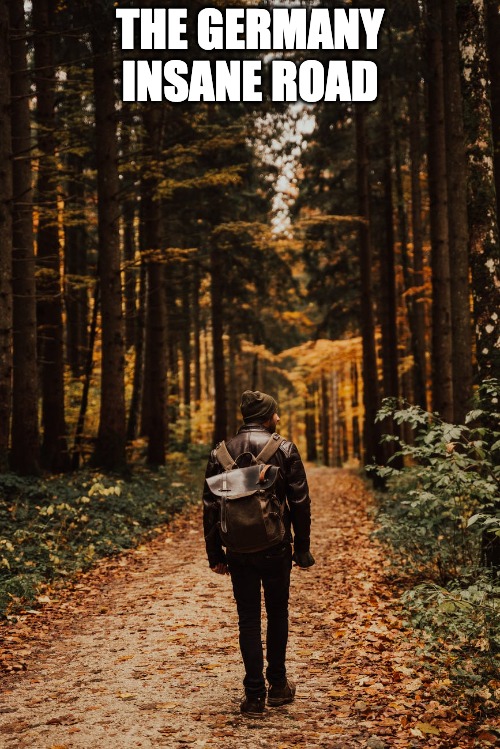 COVID-19 vaccine now mandatory to get euthanized in Germany
‘Human closeness, however, is a prerequisite and breeding ground for coronavirus transmission,’ said the organization

Amid rising COVID infections and the looming possibility of mandatory vaccination across Europe, the German Euthanasia Association Verein Sterbehilfe is ahead of the curve. In a statement made this week, the organization declared it will only euthanize those who have been vaccinated or recovered from the disease.
“Euthanasia and the preparatory examination of the voluntary responsibility of our members willing to die require human closeness,” they said. “Human closeness, however, is a prerequisite and breeding ground for coronavirus transmission. As of today, the 2G rule applies in our association, supplemented by situation-related measures, such as quick tests before encounters in closed rooms.”
Balancing the protection of its members, employees and doctors is a “difficult task”, the statement says, but Dr. Martin Großmann, the head of the medical team, is on hand to advise.
Only 68 per cent of Germany’s population is vaccinated. On Dec. 1, The country recorded 446 deaths, its highest daily COVID death toll in nine months, along with a staggering 75,456 positive cases.

Chancellor Angela Merkel and the 16 state premiers introduced the 2G mandate earlier this month referring to a system that only allows free movement for leisure activities for the vaccinated or recovered, known as geimpft oder genesen .
That may not be sufficient , according to EU commission chief Ursula von der Leyen.
“How we can encourage and potentially think about mandatory vaccination within the European Union?” she said during a new conference on Wednesday. “This needs discussion. This needs a common approach, but it is a discussion that I think has to be led.”
Though it is up to the individual countries to determine what mandates to enforce on its population, some countries have already made that move.
Austria has announced compulsory COVID vaccinations beginning February next year, while Greece is fining all unvaccinated over-60s $145 (€100) a month.
https://nationalpost.com/news/covid-19-vaccine-now-mandatory-to-get-euthanized-in-germany?fbclid=IwAR2bUen8WFM8TaHZA1_68544yog8aQV6HJ_L3vn2RnQhXkesCnJfs5-WiOQ
__________________________________________________________________________________
Ironic: German Clinics Won’t Euthanize You Unless You Take COVID Vaccine

In Germany, a euthanasia group has announced that it will not help clients undergo assisted suicide unless they have received the COVID-19 vaccine.
German euthanasia association Verein Sterbehilfe said that it requires the vaccine because preparatory exams and euthanasia itself require “human closeness,” the U.K.’s Spectator reported.
“Human closeness, however, is a prerequisite and breeding ground for coronavirus transmission,” the association said.

According to Germany’s restrictions for COVID, the clinics are allowed to deny clients based on their vaccination status. Recently, Chancellor Angela Merkel and the country’s 16 state premiers agreed to introduce “2G” restrictions, Deutsche Welle News reported.
“‘2G’ refers to a system only allowing free movement for leisure activities for the geimpft oder genesen — ‘vaccinated or recovered,’” DW explained.

If you have not been vaccinated or do not have natural immunity from recovering from the virus, you are not free to move about Germany.
These 2G restrictions are Germany’s attempt to get more of the population vaccinated.

“It is absolutely time to act,” Merkel said, according to DW. “We know we could be better off if the vaccination gap wasn’t so big.”
Before 2G rules came into effect, Germany had “3G” restrictions in place. The third “g” allowed those who had a negative COVID test to go about their daily lives.

However, there has been controversy over the restrictions, both 3G and 2G. The opposition has come from Germany’s political right-wing, “AfD” (Alternative for Germany.)
“A number of the AfD members of parliament are currently unable to sit in the main plenary hall of the Bundestag, as they refuse to ascribe to 3G rules — they refuse to show documentation of vaccinations or recovery and will not allow themselves to be tested,” DW reported.
Currently, Germany has only about 68 percent of its population vaccinated and that number is even lower in the country’s eastern and southern regions, Statista reports showed.
Reuters reported that Germany recorded 45,753 new cases and 388 deaths last week. The seven-day incidence of cases per 100,000 people fell just a bit for the first time in three weeks.
However, despite the opposition to restrictions, with the COVID numbers and concern over the new omicron variant (Germany has reported three cases of the variant), the euthanasia group is following the lead of the government and other institutions as the country continues to take preventative measures with the 2G restrictions.
“The 16 states of Germany will be permitted to keep and add protective measures,” RepublicWorld.com reported. “This includes restricting or preventing recreational, cultural, and sporting events, as well as banning admission to healthcare facilities and prohibiting the sale and consumption of alcohol in public places. Universities may also be closed.”
As the euthanasia association said, “[T]he 2G rule applies in our association, supplemented by situation-related measures, such as quick tests before encounters in closed rooms.”

This decision from the euthanasia group has been criticized and pointed out to be ironic.
“God forbid that a person without the jab should try to end it all — talk about a vaccine passport to the afterlife,” the Spectator wrote.
“The ironies of assisted suicide never end. Germany allows suicide on demand — including assistance — as a fundamental constitutional right. But now, you must be vaccinated against COVID before a euthanasia group will help you kill yourself,” National Review wrote.
The Western Journal does not support euthanasia since it holds to the belief that each human life is sacred and should not be voluntarily ended.