who is a teacher at Cypress Falls High School in Houston 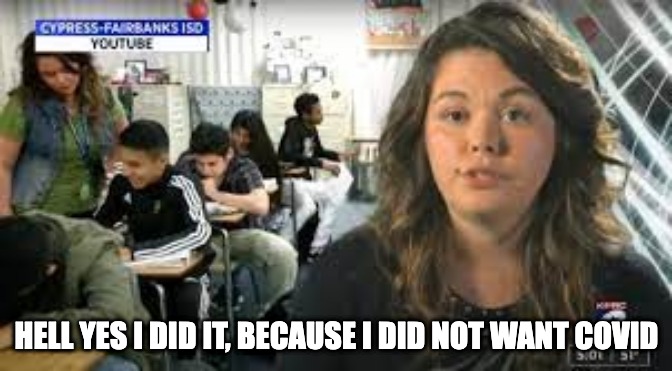 The Texas mom who was charged after her COVID-positive son was found in the trunk of her car at a testing site has received support from the community.
Sarah Beam, who is a teacher at Cypress Falls High School in Houston, is being described as “the best teacher ever” and “a teacher with a heart of gold” in signs hanging outside her home. The bright signs also read, “We appreciate you,” and “your students have your back,” WFAA reported.

Beam was charged with felony endangering a child following a Jan. 3 incident where her 13-year-old son was found in the trunk of her car at a drive-thru testing site.
Beam allegedly told a health official at the testing site that her son had previously tested positive for COVID and she put him inside the trunk to prevent her from getting exposed again, according to the complaint. 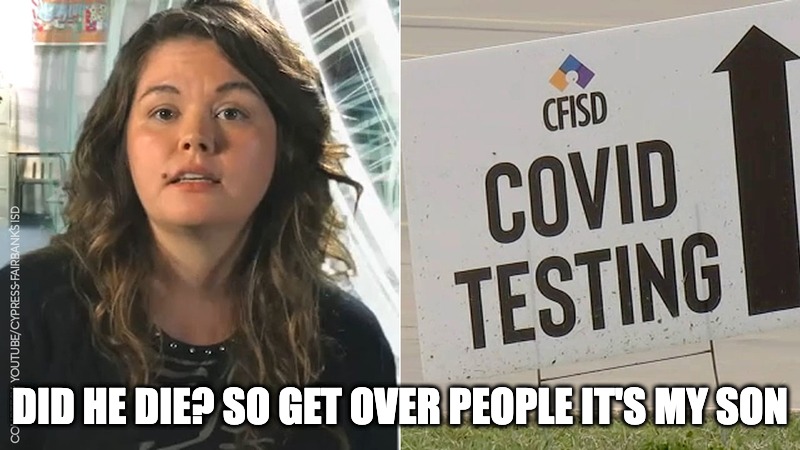 Authorities also reviewed surveillance footage from the testing site showing the child exiting the trunk of the car and getting into the backseat.
She was placed on administrative leave at the school district.

“CFPD was alerted that a child was in the trunk of a car at a drive-thru COVID-19 testing site earlier this week,” a Cypress-Fairbanks Independent School District statement to Fox News last week said. “Law enforcement conducted a full investigation, resulting in a warrant for arrest.”
The teenager was not hurt during the incident, but police say he could have been if Beam got into an accident.

She was released on a $1,500 bond over the weekend and is expected next in court on Thursday.
https://news.yahoo.com/texas-mom-put-covid-positive-154215660.html