The U.S. Centers for Disease Control and Prevention (CDC) 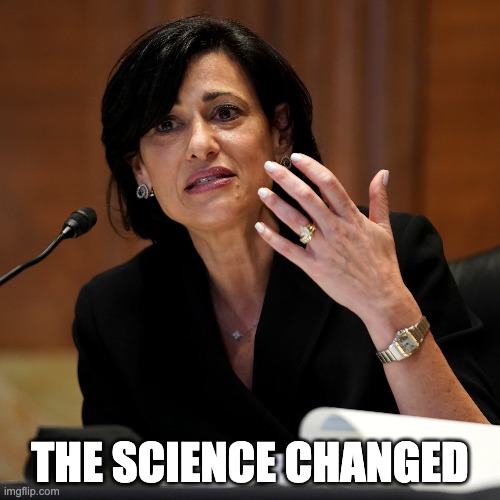 The U.S. Centers for Disease Control and Prevention (CDC) is reportedly withholding key data related to the Chinese coronavirus over fears of misinterpretation.

Throughout the pandemic, the federal health agency has withheld a mountain of data, publishing what the New York Times described as “only a tiny fraction of the data it has collected, several people familiar with the data said.” This became even more evident when the CDC released data on booster shots, failing to provide fully detailed information for those ages 18-49 — and that is only one small example of the information withheld from the American people.

The federal health agency, however, is defending its actions, asserting the data is “not ready for prime time,” Kristen Nordlund, a spokeswoman for the CDC, said. She added that it is a “priority when gathering any data is to ensure that it’s accurate and actionable,” but also told the outlet that data is being withheld, in part, because officials fear it will be “misinterpreted.”
This is not the first time officials have admitted that the CDC is failing to provide sufficient data on key items related to the Chinese coronavirus. During a November 2021 appearance on Face the Nation, Dr. Anthony Fauci, President Biden’s chief medical adviser, admitted that the CDC was withholding data, specifically on breakthrough infections — infections occurring in vaccinated individuals.
“It’s a very complicated situation. And often the public doesn’t hear yet in time things that are being collected. So there’s a lot of data, clearly a lot of data, that’s being collected by the CDC that people don’t know about yet,” Fauci said at the time:
So we need to make sure in real time we get that data out. Historically, when you’re not in a pandemic, you can collect data, you can analyze it, you could talk about it and then you could look back and say this is what we’ve done. But when you’re dealing with a pandemic, you’ve got to get that out in real time so your policies can be dictated by data that occurred relatively recently, not data that occurred four or five months ago.
“But is there data being collected now in the United States about breakthrough infections that the public doesn’t know about?” Face the Nation’s Margaret Brennan asked.
“Yes, yes. Yes. The CDC is collecting data, yes,” Fauci confirmed.
“Beyond just health care workers, everyday people. You have an idea of what’s happening with breakthrough infections?” she pressed.
“I don’t have the data for you right now, that’s obviously- we’ll have to get the CDC to get us that,” Fauci responded.
The admission comes as doubt swirls around the trustworthiness of the CDC, which has been accused of “using science as political propaganda.”