She Had To Be On Meth' 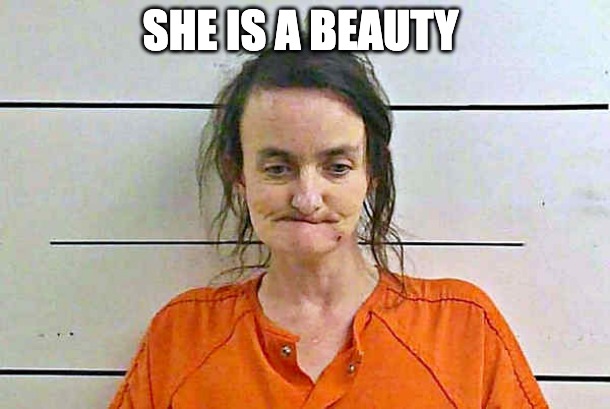 The Clerk said” I told her in a polite way, I went outside at the pump, ‘excuse me ma’am you are not allowed to have gas in bottles.’”

“She scratched on my face and my back. She had just turned on the lighter when I hit her and she dropped the gasoline in my eyes. And when she did that, my eyes started burning, I couldn’t see anything.”

A gas station clerk says if not for the brave actions of a couple regular customers, she could’ve been badly hurt or worse.
Baljindei Kaur owns the store in the 2200 block of Winchester Avenue in Ashland. After her husband died last month, her niece Navpreet Kaur came from California to help out.
A little before 9 a.m. Thursday, Navpreet was behind the counter when she says a woman, later identified as 36-year-old Felicia Helton, came into the store and paid $2 for gas.

The clerk says Helton came back in soon afterward with a pop bottle containing gasoline. She says Helton came behind the counter, threw the gas on her, lit a lighter, and said she was going to set the clerk on fire.
“She said ‘I don’t like you, I just want to burn you up,’” Navpreet said.
Navpreet says then two female customers got involved. One hit Helton with an energy drink, and the other grabbed her by the hair. They held Helton down on the floor until police showed up and arrested her.
“Most people don’t do that kind of stuff,” the owner said. “If you see anything, they’re going to go away, but they were both very brave.”

The owner and clerk say they don’t remember seeing Helton before Thursday and have no idea why she did what she did.
The owner says she’s extremely grateful the customers intervened.
“That’s like God,” Baljindei said. “God came here for her help. For me it’s God. If they weren’t here, my niece wouldn’t have been safe.”
Navpreet says she was already planning to go back to California on Monday, but she wants to thank those two brave customers in person one more time before she goes back.

Helton is charged with criminal attempt to commit murder. She’s being held in the Boyd County Detention Center.
Police say Helton is from Ashland.