NASCAR Driver Bubba Wallace: Rittenhouse Would Have Got Life if He Were Black 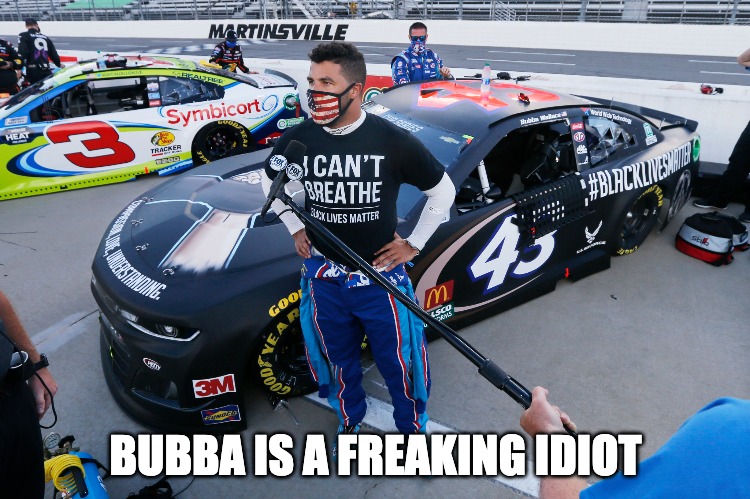 Bubba Wallace said “Ha, let the boy be black and it would’ve been life…hell he would’ve had his life taken before the bullshit trial.. sad”.

Ha, let the boy be black and it would’ve been life…hell he would’ve had his life taken before the bullshit trial.. sad

This clown needs to shut up and win a damn race. Bubba is so stupid he thought a garage door pulley was a noose. The sad part is that it had been in his garage all the time. But another “woke” individual had to tell this moron it was a noose. And the child molester loving head of the FBI Christopher Wray sent 15 agents to investigate the fake hate crime.

He is nothing more than the Colin Kaepernick of NASCAR. But the sad part is Bubba has never been that good. If he spent more time focusing on winning races he would not have time to stick his head up his on butt.

His mouth is moving but what’s coming out sounds and smells like he’s on the toilet.