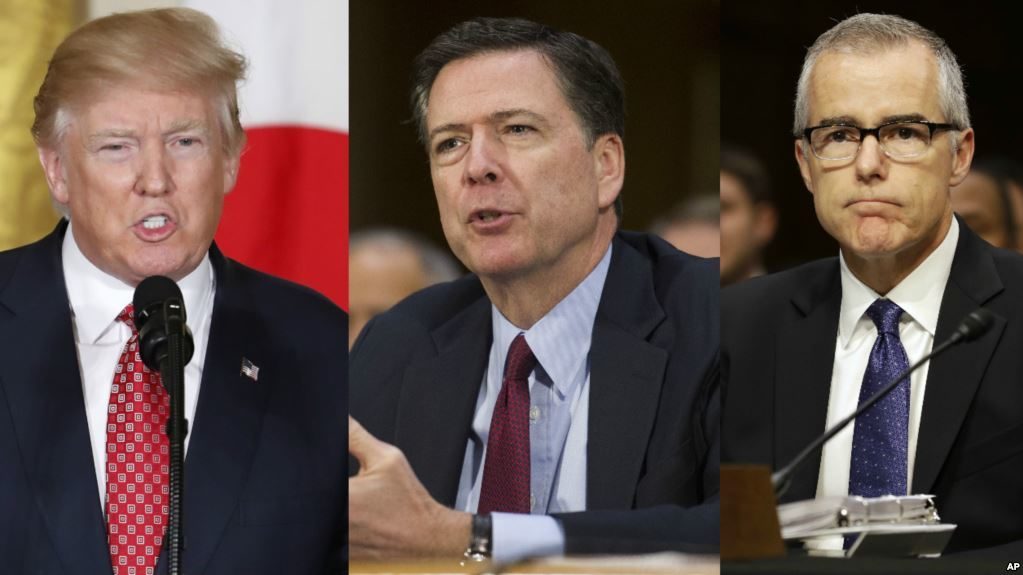 “He LIED! LIED! LIED!” Trump wrote on Twitter on Friday, calling the report a “total disaster” for McCabe.

The report detailed that McCabe purposefully misled investigators about leaking details about the Hillary Clinton e-mail investigation to a reporter.

“McCabe is Comey!!” he wrote. “No collusion, all made up by this den of thieves and lowlifes!”

“Sounds like two peas in a pod with McCabe and Comey,” she said in reaction to the news. “McCabe was fired in disgrace for misconduct and lying about it.”

DOJ just issued the McCabe report – which is a total disaster. He LIED! LIED! LIED! McCabe was totally controlled by Comey – McCabe is Comey!! No collusion, all made up by this den of thieves and lowlifes!