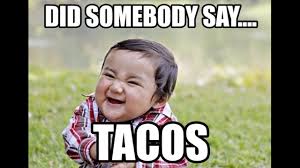 Police were left with their hands on their hips and their eyes to the sky after a suspected car thief clambered up a tree to avoid being arrested.

Officers in Regina, Saskatchewan, had been following the man for some time after he was spotted in a car and bicycle and was identified as a suspect in a car theft. When he was confronted by officers, he climbed up a tree in a residential neighborhood and refused to come down.

Jessika Guse, a reporter for CJME, was at the scene from beginning to end and tweeted out videos of the confrontation.

Police wandered back and forth for hours trying to convince the man, who was approximately 20-30 feet in the air, to climb down.

He was was armed with a screwdriver and threatened to harm himself and police, CKRM and CJME reported.

A crisis negotiator was called to the scene at around 12:30 pm.

“We just want to get you down safely,” the negotiator said. They placed a small ladder near the tree.

“I know where I’m going, and I’m not coming down,” said the man on the tree, lounging against a branch with his arms folded behind his head.

After more than three hours, someone started spraying the man with water. He cursed and dropped a backpack but stayed in the tree.

But one heroic neighbor had an idea to get the man to come down.

She had heard the man say he was hungry, so she went to a store and came back with a taco, which she gave to police.

“He says to the cop, ‘I’m hungry,’” a woman told CJME. “So I said I would get him something to eat … I went and grabbed an Indian taco from The Bannock House and I brought it to the officer and he went and gave it to him.”

It worked. Unable to resist, the man climbed down onto the roof of a garage and was arrested. It is unclear if he was actually allowed to consume the taco.