GFPs Rape 5-Year-Old and Get Probation; Parents Given Gag Order 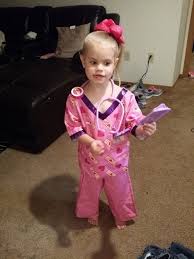