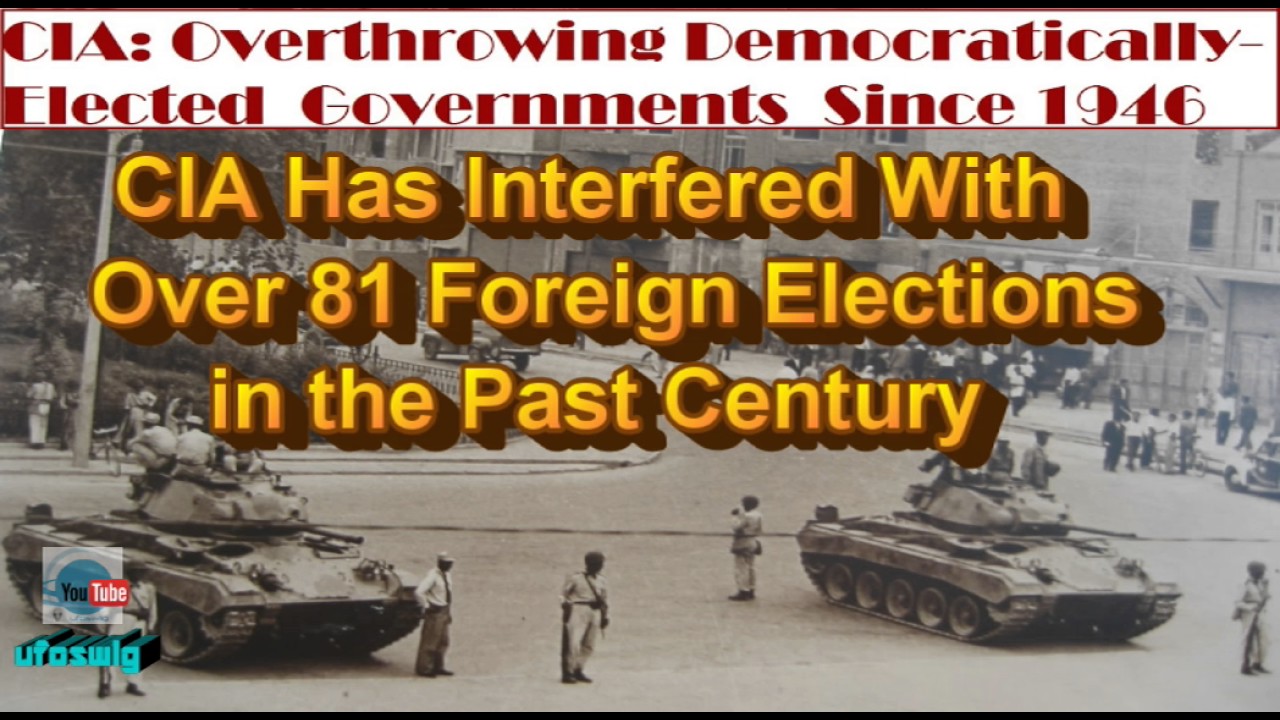 Kentucky Sen. Rand Paul said Sunday that the U.S. has, like Russia, tried to influence many foreign elections.

The U.S. attempted to influence over 80 foreign elections from 1946 to 2000, sometimes secretly.

Paul mentioned the U.S.’s history of attempting to influence other elections in advance of President Donald Trump’s meeting with Russian President Vladimir Putin Monday in Helsinki, Finland. News outlets asked Trump whether he would hold Putin accountable for Russian meddling in the 2016 election by asking him to hand indicted Russians over to the U.S.

Special counsel Robert Mueller’s office recently obtained indictments against 12 Russians accused of stealing emails from Democrats and releasing them to the public. An additional 13 Russians suspected of posing as Americans to organize pro-Trump rallies and paying for political advertisements on social media were indicted in February. (RELATED: Bolton Says It’s ‘Pretty Silly’ To Ask Putin To Hand Russians Over To Mueller — Here’s Why)

Loch K. Johnson, a professor at the University of Georgia who began his career investigating the CIA as a Senate committee staffer in the 1970s, told The New York Times that the U.S. has certainly tried to influence foreign elections.

“We’ve been doing this kind of thing since the CIA was created in 1947,” Johnson said. “We’ve used posters, pamphlets, mailers, banners — you name it. We’ve planted false information in foreign newspapers. We’ve used what the British call ‘King George’s cavalry’: suitcases of cash.”

Paul cited research from Dov H. Levin, a postdoctoral fellow at the Institute for Politics and Strategy at Carnegie Mellon University. Levin identified 81 instances in which the U.S. interfered in foreign elections from 1946 to 2000. He could confirm that Russia interfered in 36 elections over the same period.

“One well-known example is in the case of Italy in 1948, the United States was really worried that the Italian Communist Party, the PCI, would come to power in Italy, which was seen as very likely to lead to Italy becoming a communist dictatorship and eventually becoming a Soviet ally,” Levin told The Daily Caller News Foundation. A declassified National Security Council report recommended that the U.S. end economic aid to Italy if it did not combat Communist control.

More recently, the U.S. spent millions of dollars to influence the election in Yugoslavia in 2000 and unseat its socialist leader, Slobodan Milošević.

“We gave them tens of millions of dollars in campaign funding, we sent in a campaigning adviser who basically did the polling for them,” Levin said. “We also trained thousands of campaign personnel in various campaigning methods – how to get out the vote, and so forth.”

The U.S. paid for 2.5 million stickers with the slogan “He’s Finished” and 5,000 cans of spray paint. “One of the techniques of the opposition’s election campaigns in Serbia and Yugoslavia was spraying slogans on peoples’ houses,” Levin said. “So we also gave them 5,000 spray cans to spray campaign slogans throughout Serbia.”

Opposition supporters wave flags and leaflets reading “He is finished” aimed at Yugoslav President Slobodan Milosevic during a pre election rally by the Democratic Opposition of Serbia’s candidate for upcoming Yugoslav presidential elections Vojislav Kostunica in Nis, some 200km south of Belgrade September 19, 2000. More than 25,000 opposition supporters rallied in the center of Nis in support of the opposition presidential nominee. PEK/FMS via Reuters

“Naturally, the consideration of breaking laws or not when it came to these types of interventions was not a major concern for secret or covert intervention,” Levin said. But he cautioned that instances of U.S. election interference are not directly comparable to Russia’s recent actions. “I do not see any moral equivalence between what Russia has done in 2016 and what we have done in past interventions in elections,” he said.

Steven L. Hall, the former chief of Russian operations for the CIA, told TheNYT that while U.S. actions in recent decades have not been morally equivalent to those of Russia, Russia’s actions were not far outside the norm of expected behavior. “If you ask an intelligence officer, did the Russians break the rules or do something bizarre, the answer is no, not at all,” Hall said.

Levin’s report excluded actions taken independently by private citizens or non-state actors (such as private campaign consultants), instances where the U.S. or Russia tried to delegitimize elections as a whole and policy decisions that could have unintentionally affected the election results in another country.

He does not list any U.S. cyber election intervention methods comparable to Russian cyber hacks in the 2016 election, in part because the report only examines elections before the year 2000. But he said that the U.S. did use pre-internet “analog” methods which were similar in design.

The CIA, for example, planted agents in Japanese socialist youth groups, student groups and labor groups in the 1950s and 1960s. Levin said that informants during the 1958 Japanese election gave “dirt” on people in the Socialist Party to the U.S., and then the U.S. gave that information to the Japanese Liberal Democratic Party (LDP). One LDP leader told TheNYT in 1994 that he had a “deep relationship” with the CIA.

He expects that foreign election interference will become more common. “The use of force is becoming more and more expensive for countries while at the same time opportunities to intervene in this way are expanding,” he said.