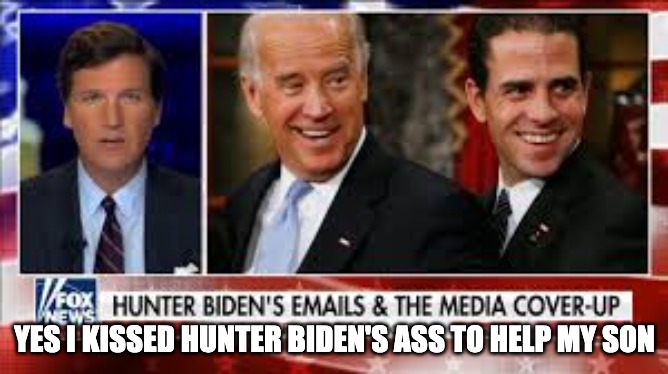 Attorney Lin Wood has shared a screenshot of an email exchange that appears to show Tucker Carlson thanking Hunter Biden for writing his son a letter of recommendation for college.
Wood posted the apparent email exchange on Telegram, where he has more than 758,000 followers, claiming it demonstrated that the Fox News host and the president’s son have a “buddy buddy” relationship.
The alleged email conversation between Carlson and Biden is dated November 2014. In the messages, which have not been verified, Carlson appears to thank Biden for writing a reference letter to Georgetown University for his son, Buckley.

“Hunter! I can’t thank you enough for writing that letter to Georgetown on Buckley’s behalf. So nice of you. I know it’ll help,” Carlson wrote.
“Hope you’re great and we can all get dinner soon. Tucker.”

Biden, who attended Georgetown, replied: “Hey buddy — I need Buckley’s CV if you have one handy. Thanks.”
Carlson responds: “Of course. Getting on a plane now but I’ll ask Susie to send it right away. Thanks again. It’s really nice of you to do this.”

If the exchange is verified, Carlson and Biden’s friendship would appear to have faltered, given the smear campaign that the Fox News host orchestrated against Joe Biden’s son in the run-up to the 2020 election.
This includes speculating without evidence that a laptop allegedly belonging to Hunter Biden contained child pornography, as well as promising to reveal “authentic, real and damning” documents regarding his business dealings in China and the Ukraine, which Carlson later claimed were lost in the mail. 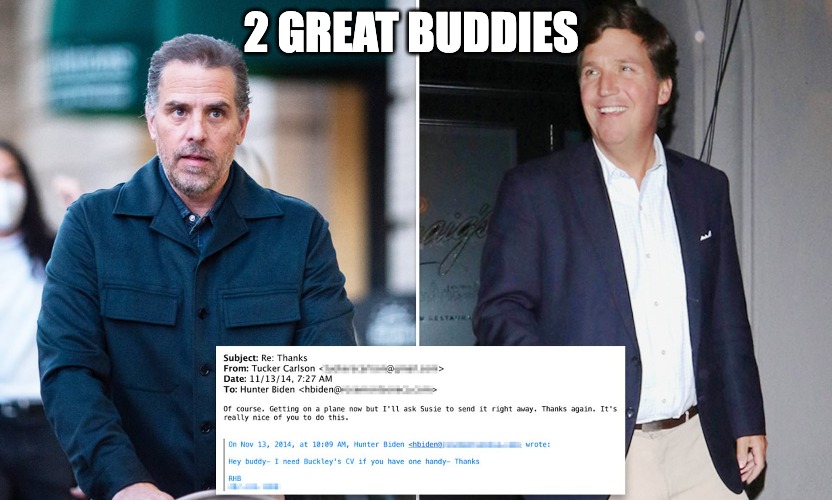 Buckley Carlson did not end up going to Georgetown and instead enrolled at the University of Virginia.
Wood shared the email exchange—without redacting the two men’s contact information—amid his feud with Carlson over the Fox host’s interview with his former client, Kyle Rittenhouse.
Soon after the 18-year-old was acquitted of murder in Kenosha, Rittenhouse appeared on Fox News where he was highly critical of Wood and another of his former lawyers, John Pierce.
During the interview with Carlson, Rittenhouse accused Wood and Pierce of intentionally keeping him in custody for 87 days following his arrest, in order to raise more money intended for legal fees and other costs “for their own benefit.”
Wood, who is one of the most influential figures in the QAnon conspiracy movement and filed a number of failed lawsuits in an attempt to overturn the defeat of Donald Trump in the election, responded to the interview by claiming he would sue Carlson. He also accused the Fox News host of being part a “deep state” plot to “take him down.”
“When I sue Tucker Carlson and Fox and take Old Tucker Boy’s sworn testimony upon cross examination, I will be sure to ask him ALL about his ‘buddy buddy’ relationship of years with HUNTER BIDEN!!!” Wood posted on Telegram before sharing the screenshot of the email exchange.
“Wonder if Tucker will be a ‘ghost’ no show for his deposition like some other false accusers have been in recent months.”
It is not clear how Wood obtained the screenshot of the apparent email conversation. It appears to have been posted by other right-wing figures on Telegram before Wood shared it with his large following.
Discussing the authenticity of the screenshot, conspiracy theory expert Mike Rothschild, who has written a book about QAnon, tweeted: “People have been asking me if this is real, and I have no reason to suspect it’s not. Say what you want about Lin Wood’s rampage, but he hasn’t posted anything fake that I know of so far.

“Doing a little digging to see if this holds up to established facts—the timing for Buckley Carlson applying for colleges fits, since he was born in 1997. And Tuck was just a weekend Fox & Friends guy in 2014, not the infotainment conspiracy machine he is now.”