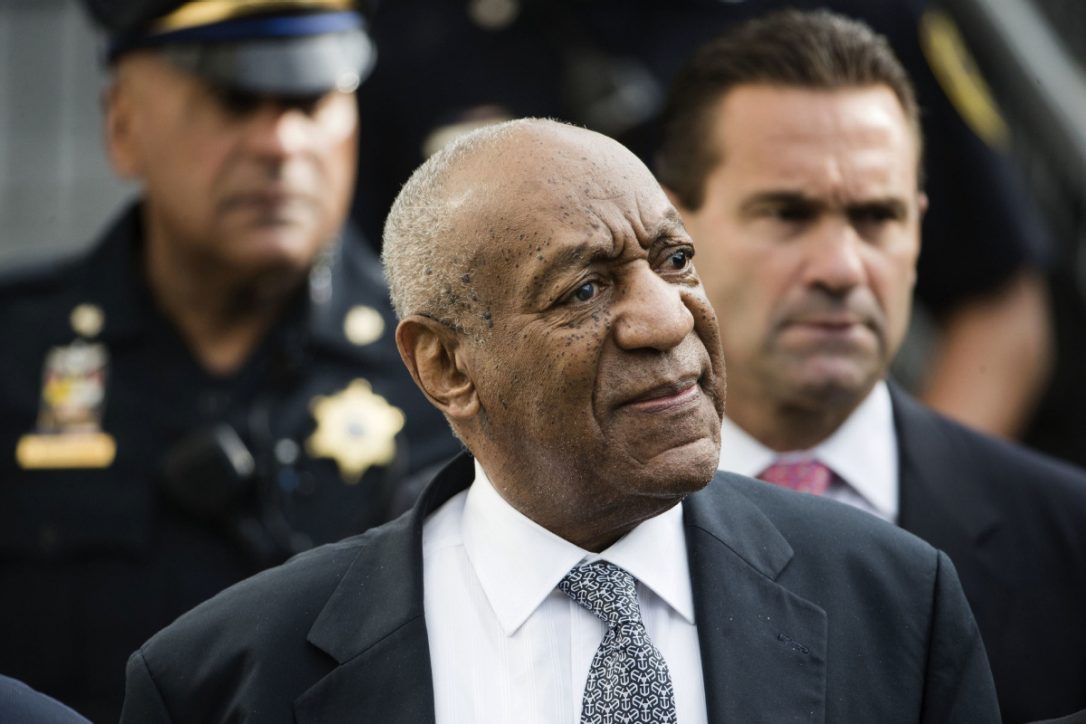 to women he wanted to have sex with.

Testifying under oath in 2005, the TV star said he had obtained several prescriptions for the now-banned sedative in the 1970s but didn’t take them himself, according to the deposition read to the jury.

“When you got the quaaludes, was it in your mind that you were going to use these quaaludes for young women that you wanted to have sex with?” Cosby was asked.

Cosby, 79, is on trial on charges he drugged and sexually assaulted former Temple University employee Andrea Costand at his suburban Philadelphia home in 2004. He has said it was consensual.

In the deposition, Cosby said he gave Constand three half-tablets of the cold and allergy medicine Benadryl. Prosecutors have suggested he gave her something stronger — perhaps quaaludes, a highly popular party drug in the 1970s that was banned in the U.S. in 1982.

Prosecutors evidently saved the quaalude testimony for practically the end of their case, for maximum effect.

Defense lawyer Brian McMonagle, clearly wanting to move past Cosby’s talk about giving drugs to women, asked no questions about it on cross-examination.

Prosecutors were expected to rest their case later Friday, setting the stage for the defense to begin presenting its side on Monday.

Cosby gave the deposition as part of a lawsuit filed by Constand and later settled for an undisclosed sum. The deposition was sealed for years until portions were released by a judge in 2015 at the request of The Associated Press.

That, in turn, spurred Pennsylvania prosecutors to reopen their investigation of Cosby and arrest him a decade after the district attorney at the time decided the case was too weak to prosecute.

For the jury at his sexual assault trial, the deposition could be the closest it comes to hearing from Cosby himself, since he said recently that he did not intend to take the stand.

Constand, 44, testified this week that Cosby penetrated her with his fingers against her will in after giving her pills that left her paralyzed, unable to tell him to stop. Cosby could spend the rest of his life in prison if convicted.

In the deposition, Cosby also recounted a telephone conversation he had with Constand’s mother, saying he apologized for the sexual encounter with her daughter because he was afraid she thought of him as “a dirty old man.”

“I apologized to this woman. But my apology was, my God, I’m in trouble with these people because this is an old man and their young daughter and the mother sees this,” he said.

Cosby also worried about the repercussions from public disclosure.

“Do you think there would be a financial consequence to you if the public believed that you gave Andrea a drug that took away her ability to consent and then had sexual contact with her?” Cosby was asked in a passage read Friday.

Cosby also recounted calling Constand’s family and offering her money for graduate school. Constand refused the offer and reported Cosby to police, suing him after prosecutors failed to file charges.

Prosecutors also put on the stand a psychologist who testified that victims of celebrities are often afraid to come forward because of the possible backlash. Constand did not go to police until a year after the alleged assault.

“If it’s a well-known person, the victim takes on a lot of responsibility for that person’s reputation, especially if that person is well-liked or beloved,” Veronique Valliere testified.

Cosby’s lawyers asked for a mistrial, complaining that Valliere was offering observations about Cosby even though she was only allowed to testify generally about victim behavior. The judge rejected the request.

During a break Friday, Cosby’s spokesman dangled the possibility the comic might testify after all. Doing so would carry enormous risk for Cosby, exposing him to cross-examination about some of the lurid things in his deposition.

The spokesman, Andrew Wyatt, said some members of Cosby’s family will join him in court as the trial wears on. He said Cosby told wife Camille to stay away from the courthouse so she wouldn’t have to endure the “media circus.” She has yet to be seen in court.

Some 60 women have come forward to say Cosby sexually violated them, but the statute of limitations for prosecution had run out in nearly every case.

The AP does not typically identify people who say they are victims of sexual assault unless they grant permission, which Constand has done.

For more on Cosby, including trial updates, historical photos, videos and an audio series exploring the case, visit: www.apnews.com/tag/CosbyonTrial