While the media may be continuing their attacks on him, President Donald Trump is off to a strong start with the American people, according to his approval rating index from Rasmussen Reports. 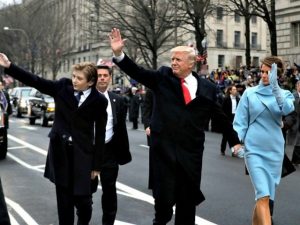 At this time, 42 percent of the nation strongly approves of what President Trump is doing, while only 33 percent strongly disapprove—and overall, 57 percent approve of the president, while just 43 percent disapprove.

Trump’s approval rating boom comes after a series of executive actions including one that killed the highly unpopular multinational Pacific Rim trade deal the Trans Pacific Partnership (TPP), one that reinstated the Mexico City policy of international organizations that receive federal funding being prevented from conducting abortions, and a hiring freeze on federal workers except for in the military.

All of that is in addition to other executive actions targeting the individual mandate in Obamacare and another that puts a freeze on new federal regulations—as well as new ones opening up the Dakota Access Pipeline and the Keystone XL Pipeline, along with plans to renegotiate the North American Free Trade Agreement (NAFTA).

Trump’s efforts have earned him early crucial praise from labor union leaders like the AFL-CIO’s Richard Trumka and the Teamsters’ Jimmy Hoffa.