Trump threatens to defund ‘out of control’ California 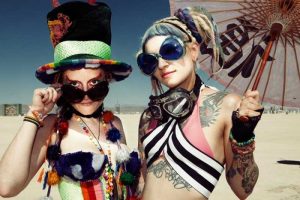 President Donald Trump is threatening to withhold federal funds from “out of control” California if the state declares itself a sanctuary state.

“If we have to, we’ll defund,” Trump said in an interview with Fox News host Bill O’Reilly before the Super Bowl. “We give tremendous amounts of money to California, California in many ways is out of control, as you know.”

Trump was responding to a question from O’Reilly about efforts by Democratic state legislators to make California a de-facto “sanctuary state” that would restrict state and local law enforcement, including school police and security departments, from using their resources to aid federal authorities in immigration enforcement.

“I think it’s ridiculous. Sanctuary cities, as you know, I’m very much opposed to sanctuary cities. They breed crime, there’s a lot of problems,” Trump said.

Sacramento, Los Angeles and San Francisco are sanctuary cities and have said they will will challenge in court any attempt by Trump to withhold federal funds from them. Los Angeles Mayor Eric Garcetti said he doubted the 10th amendment to the Constitution, which reserves power to the states, would allow Trump to defund.

Sacramento Mayor Darrell Steinberg has said he would “join, if not lead, any effort to fight (the sanctuary city threat) with litigation.”

Trump told O’Reilly that he didn’t want to defund a state or a city and would like to give them “the money they need to properly operate.”

But the president added that “if they’re going to have sanctuary cities, we may have to do that. Certainly that would be a weapon.”

Californa Gov. Jerry Brown pledged in his State of the State address last month to defend everybody who has come to the state “for a better life and has contributed to the well-being of our state.”

“I recognize that under the Constitution, federal law is supreme and that Washington determines immigration policy. But as a state we can and have had a role to play. California has enacted several protective measures for the undocumented: the Trust Act, lawful driver’s licenses, basic employment rights and non-discriminatory access to higher education,” Brown said in his State of the State. “We may be called upon to defend those laws and defend them we will.”