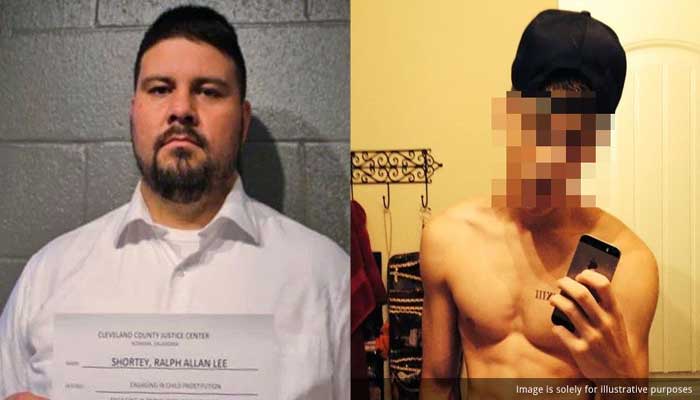 PORTLAND, Ore. — A leader in Portland anti-Trump protests who was accused of sex abuse has been arrested for an additional sex crime.

Detectives believe there may be additional victims.

Rhodes is a self-proclaimed leader of Portland’s Resistance, a group which led disorderly anti-Trump protests.

According to booking papers, the initial sexual abuse accusations are for statutory, non-forced rape.

According to an affidavit, the first case involves sex with a teenage boy.

The boy said he met Rhodes in 2015 via the Grindr dating app. He told Rhodes he was 17 and Rhodes told him that he had a record of sexual crimes and needed to exercise caution. The boy said despite that, they had consensual sex in Gresham and Troutdale.

Rhodes was interviewed by police on Jan. 25 and on Jan. 28. Both times he waived his Miranda rights, according to the affidavit. He acknowledged meeting the boy via Grindr and said the boy told him he was 17.

Rhodes did not admit specifically to sex in Gresham but said he may have had sex. Rhodes did admit to sex taking place in Troutdale, according to the affidavit.

The affidavit does not specify what led police to the victim and Rhodes now. It does say that in 2015, the Oregon Youth Authority informed Portland police that Rhodes reportedly confessed that year to having sex with the victim. At the time, Rhodes was on parole for first-degree sex abuse and first-degree sodomy crimes.