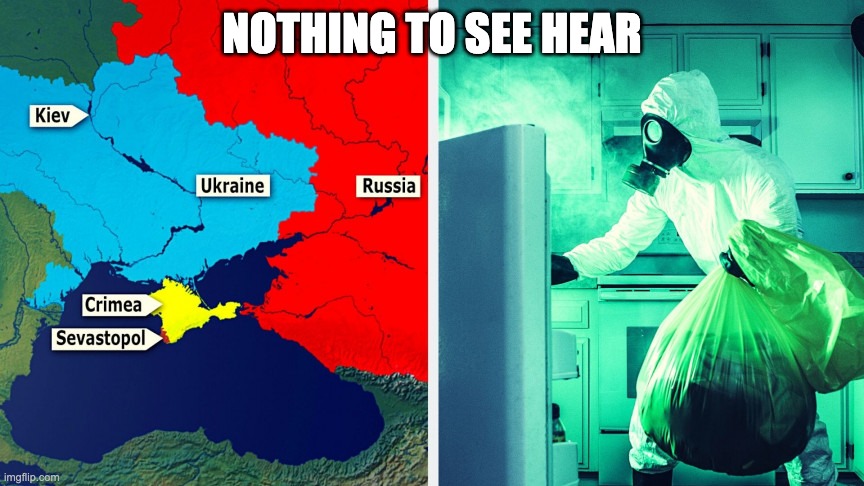 The state-sponsored Russian media outlet RIA Novosti released documents on Sunday that the Ministry of Defense claims are evidence that Ukraine was undertaking research in U.S.-funded Biolabs. The Russians say the labs can be used to develop bioweapons.
We can’t read the documents or confirm their reliability, but they are scant.
Ria Novosti is a propaganda outfit, but there are US Biolabs in Ukraine. However, the US says they are not used for bioweapons. They are allegedly destroying the pathogens, such as hemorrhagic fever and the Hanta virus, as Russian forces threaten the labs, according to Interfax.
Major General Igor Konashenkov, an official representative of the Russian Ministry of Defense, provided the information to journalists. Moscow said that the documents, allegedly originating from employees of Ukrainian biological laboratories, confirmed that “components of biological weapons were being developed in Ukraine, in close proximity to Russian territory,” as reported by RIA Novosti.
According to the military, after the start of the special operation, “the Pentagon had serious fears” that the world would become aware of the conduct of secret biological experiments on the territory of Ukraine. To hide the violation by Washington and Kyiv of the first article of the UN Convention on the Prohibition of Bacteriological (Biological) and Toxin Weapons, the Ukrainian Ministry of Health sent an instruction to all bio laboratories to urgently eliminate stocks of dangerous pathogens, the department added.
“We have received documentation from employees of Ukrainian biological laboratories on the emergency destruction of especially dangerous pathogens on February 24 — the causative agents of plague, anthrax, tularemia, cholera, and other deadly diseases,” Konashenkov said.

In the near future, the Russian Defense Ministry intends to present the results of the analysis of the received documents.
LAVROV REPEATS THE CLAIM
At a presser on Thursday, Russian Foreign Minister Sergei Lavrov accused the United States of assisting the Ukrainians with the development of ‘biological warfare facilities’ in Kyiv and Odesa, citing the data but not producing the evidence.
“And now they are concerned that they may lose control over these labs,” he argued. “And you know what it may be like in the future. And the Americans decline flatly and resolutely to start an inspection mechanism as part of the convention for the prohibition of chemical weapons. And they build new chemical and biological facilities all across Russian borders.”
“And, you know, many other developments happen,” Lavrov went on. “The CIA has been on the ground in droves, and they have been training the Ukrainian army, not to wage a war with Poland, apparently. And when developments in Iraq happened, when the United States claimed it was a threat to the U.S. national security, did anyone ask back then why the United States back then decided to bring a country 10,000 kilometers off its coast to order, because the U.S. is a great power?”

“When Russia says there is a threat to us, they start telling us that there is not a threat at all, but you know, we will decide what is needed to provide for our security,” Lavrov stated. “And it’s close and next to our borders, we will not go 10,000 kilometers away to enforce our rules.”
Russia is referring to the United States’ invasion of Iraq in 2003 and the WMD issue as a pretext for invading Ukraine. On the other hand, the New York Times reported that Iraq had old stockpiles of WMDs that were discovered by U.S. soldiers. We’ll never know.
He Says the US Is Violating Protocol
In May 2020, Lavrov accused the United States of “categorically opposing the adoption of a protocol to the convention of banning biological and toxin weapons, which would establish a mechanism to verify compliance by member countries with their obligation not to produce such weapons.”

“The United States’ reluctance to ensure transparency of its military-biological activities in different regions of the world, of course, raises questions about what is really happening and what goals are being pursued,” Lavrov said at a news conference after a virtual meeting with foreign ministers of the Shanghai Cooperation Organization (SCO).

“These laboratories are densely formed along the perimeter of the borders of the Russian Federation, and, accordingly, next to the borders of the People’s Republic of China,” Lavrov added.
On Monday, Lavrov discussed the prospect of reinstating the nuclear deal with his Iranian counterpart Hossein Amir Abdollahian by phone, according to the Russian foreign ministry. Russia and China are actually bragging about the deal they helped facilitate with the US for Iran.
Diplomatic relations between Russia and Ukraine thus appear to be deadlocked amid a Putin-authorized invasion of his Eastern European neighbor. A high-ranking Russian negotiator claimed on Monday that the Ministry of Defense has evidence Ukraine developed biological weapons components.’
RIA Novosti reported that data obtained by the Russian Ministry of Defense on Ukraine’s purported development of biological weapons components “confirm that the Russian Federation had good reasons for conducting a special military operation to demilitarize Ukraine,” said Leonid Slutsky, head of the Duma Committee on International Affairs and a member of the Russian delegation at the talks with Ukraine.
As earlier reported, a spokesman for the Russian Defense Ministry, Major General Igor Konashenkov, said that the Russian Defense Ministry would provide an “analysis of documents” on a program to create biological weapons components in Ukraine. Becker News translated and analyzed the documents here.
Slutsky also noted that, on February 24, according to the Ukrainian-language documents produced by Russia, laboratory staff in Ukraine received an order to immediately destroy especially dangerous pathogens, including the causative agents of ‘plague, anthrax, tularemia, cholera’ and other deadly diseases.
“We are getting more and more confirmation that Russia had more than good reasons for conducting a special military operation to demilitarize Ukraine,” Slutsky claimed on his Telegram channel.
The Duma delegate also noted that Moscow had repeatedly warned that U.S. bio laboratories, far from pursuing peaceful purposes, were located in a number of post-Soviet countries.
“But the so-called” world community “which today is going into Russophobic fits, was silent and simply “closed its eyes,” Slutsky claimed. Now, Washington and Kyiv’s “blatant violation of their international obligations, primarily the Convention on the Prohibition of the Development, Production and Stockpiling of Bacteriological (Biological) and toxin weapons and on their destruction (BTWC), has become obvious. Just as it is obvious that it should be the subject of a separate investigation, including by the UN structures. If, of course, we talk about this in the coordinate system of objectivity and impartiality,” he added.
The US media is worthless. They don’t investigate and just keep calling people conspiracy theorists if they question the labs. Information would be better.
The only thing we can be sure of with this conflict is everyone is lying, and we shouldn’t go to war with Russia. Putin may be a madman as so many say but Biden’s missing his mental faculties and so are the people he put in charge.

About Those Bio Labs in Ukraine