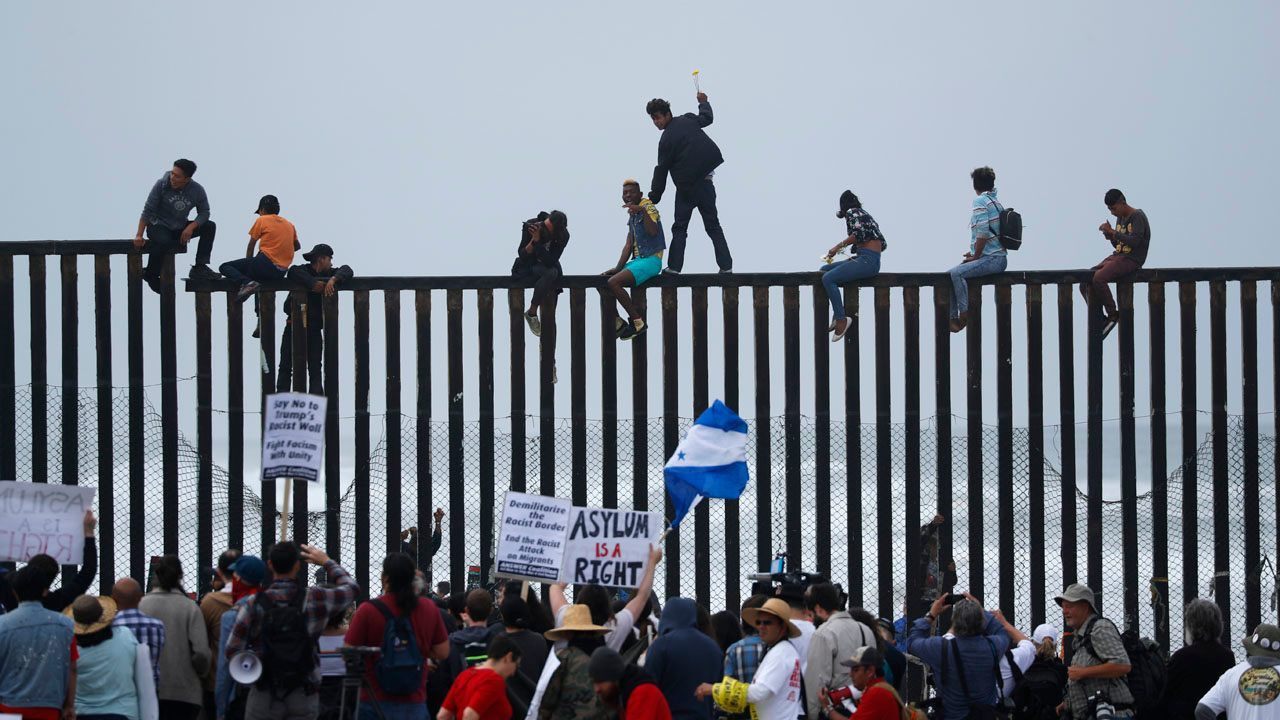 Video footage released by various Mexican news agencies show the first group of migrants with a caravan of 7,000 to 10,000Central Americans have arrived at the United States-Mexico border.

In live video footage by Televisa Tijuana Oficial and FRONTERA, Central American migrants reportedly with the caravan can be seen scaling a border fence that separates Tijuana, Mexico, and San Diego, California.

The footage can be viewed here: 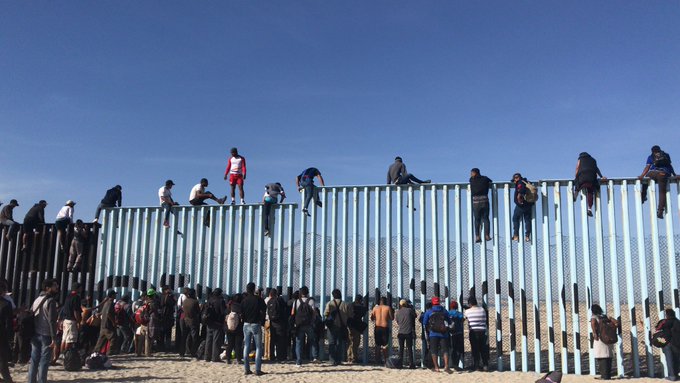 117 people are talking about this 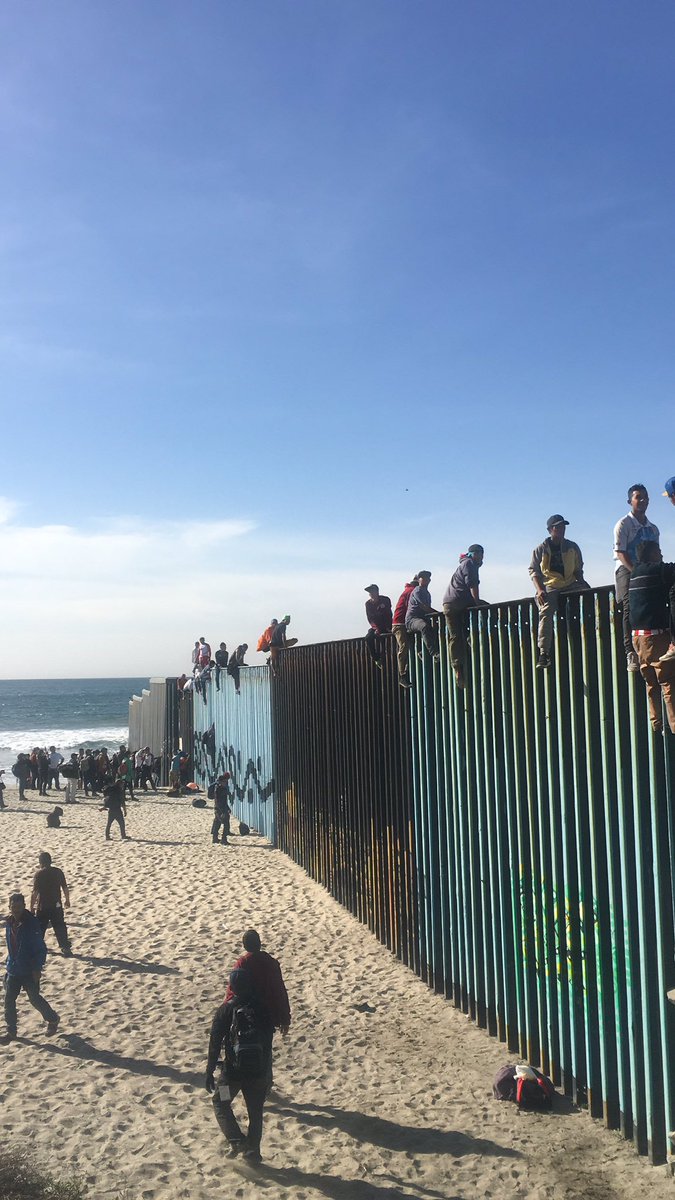 The first wave of the caravan (which we were assured wouldn’t arrive for weeks), climbing onto the border fence between Tijuana & San Diego. (Photo posted then deleted by @rebeccaplevin.)

618 people are talking about this

As Breitbart News’s Robert Arce reported, newly released video footage shows that 400 migrants with the caravan were escorted through the northern border state of Sonora as the busloads of Central Americans head to the U.S.-Mexico border.

President Trump has deployed more than 5,000 members of the U.S. military to the southern border to aid federal immigration officials in dealing with the caravan.

Nearly 400,000 illegal border-crossers have crossed into the U.S. this year, as of last month. In October, nearly 51,000 border-crossers were apprehended, Breitbart Newsreported.

As Breitbart News has chronicled, though the establishment media has repeatedly claimed that the caravan is seeking to enter the U.S. to seek asylum, the Central American migrants have continuously admitted they are not seeking asylum.

Instead, the migrants are looking for jobs, crime-free communities, and many are previously deported illegal aliens who are looking to go back to their former, illegal life in the U.S. None of these cases is eligible as asylum claims.