In a recent interview with PBS, defeated Georgia gubernatorial candidate and Democrat Stacey Abrams said she would not oppose non-citizens voting in U.S. elections.

Yes, that is really a thing she said.

Since Democrats apparently don’t care if our country is without borders, why not let the whole world vote in our elections, too?

2,318 people are talking about this

The fact that there are major officeholders (or nearly) out there who would actually think this, much less say it out loud and on a camera, is a very serious matter.

This question should be asked to all elected officials, especially AOC and the 2020 presidential candidates.

5,292 people are talking about this 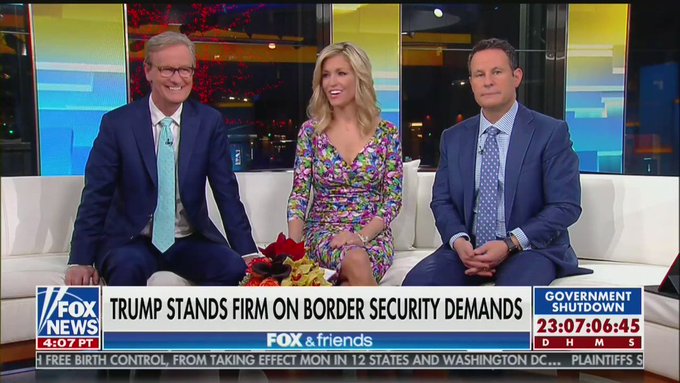 Brian Kilmeade gets incredulous about Stacey Abrams and Bill de Blasio each promoting the idea of granting non-citizens the right to vote in local elections. “Where do we come in as Americans?”

It is apparent that many on the Left have no idea what kind of dangers a lack of national sovereignty poses to Americans.

Or maybe they just don’t care.

Thanks for being honest

60 people are talking about this

Dems:  The alleged Russian collusion in the last election is so troubling we must stop everything, get to the bottom of it right now and impeach President Trump no matter what.

Also Dems:  Hey, why don’t we allow people from all over the world to vote in our elections?