Austin police announced that the man described by police as a “serial bomber” is now dead. The suspected bomber reportedly blew himself up with a bomb as police approached. Investigators identified the suspect as a 24-year-old white male.

The self-inflicted death of the suspect brings a three-week terror campaign of bombings to a close. The five exploded bombs left two people dead and five injured.

The governor said “We don’t know if there are any other bombs out there,” and “We need to make sure we rule out whether there was anybody else involved in this process.”

UPDATE 7:55 a.m.: KVUE is reporting that a person has been arrested outside the bombing suspect’s home. A reporter on the scene say the person arrested may be a photojournalist who got too close to the suspect’s home. KXAN reporter Lauren Kravets tweeted from the scene that DPS troopers confirmed the location is the bombing suspect’s house. 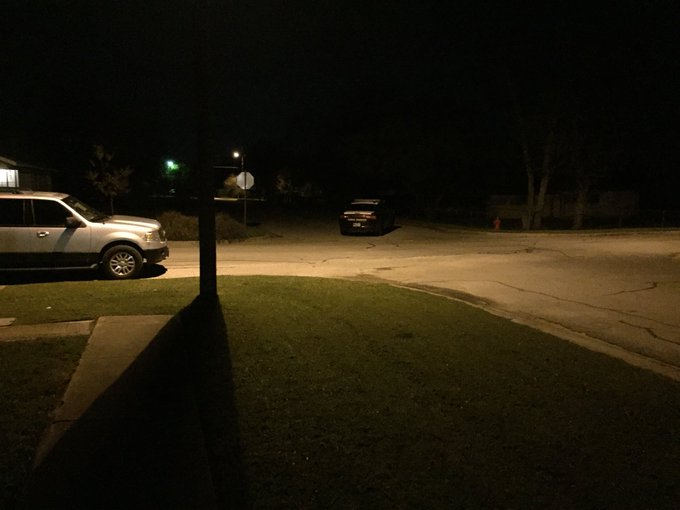 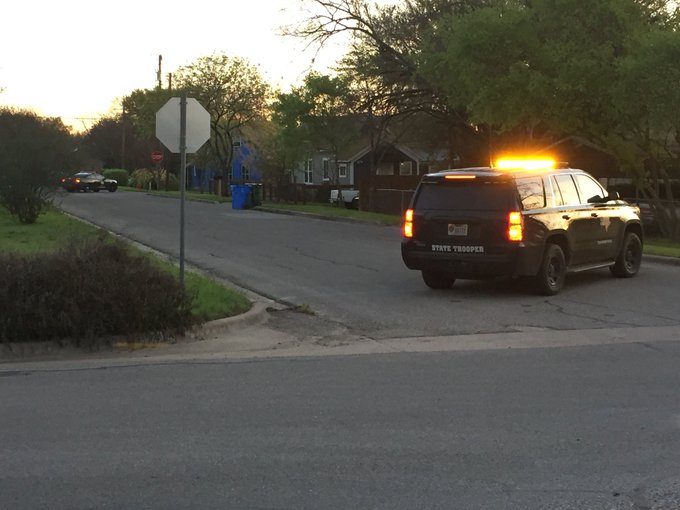 UPDATE 7:05 a.m.: The scene where the Austin serial bomber killed himself is located less than ten miles from the scene of the original March 2 bombing that killed 39-year-old Anthony Stephan House

BIG NEWS. The Austin Bomber is dead. More work needs to be done to ensure no more bombs had been sent before he died. The investigation continues to learn more information. Congratulations to the combined law enforcement effort. #AustinBombings #txlege https://www.kvue.com/article/news/local/apd-working-officer-involved-shooting-along-n-ih-35/269-530544047 …

APD said it was working an officer-involved shooting in the 1700 block of N. Interstate 35.

KVUE reports police are inside the deceased suspected bomber’s home and are conducting a search for additional evidence. Investigators are also reported to be talking with the suspect’s parents.

UPDATE 6:40 a.m.: Police warn people in Austin and the surrounding communities to maintain vigilance as they do not know where the suspect has been for the past 24 hours. Investigators found the suspect in Round Rock which is located just north of Austin.

UPDATE 6:35 a.m.: Media outlets in Austin are reporting they know who the suspect was and where he lived but they have not yet released the information.

UPDATE 5:50 a.m.: The Austin American-Statesman reported via KVUE that the suspect wore a disguise, including a wig, when he entered the FedEx store in Sunset Valley where he shipped two explosive devices. In the video surveillance released by investigators, the suspect can also be seen wearing gloves.

AUSTIN BOMBING SUSPECT IS DEAD. Great job by law enforcement and all concerned!

UPDATE 5:35 a.m.: Austin Interim Police Chief Brian Manley asked the community to remain vigilant and look out for each other. “We don’t know where this suspect has spent his last 24 hours and therefore we still need to remain vigilant to ensure that no other packages or devices have been left in the community.” The chief asked people in the surrounding communities to remain vigilant as well. This announcement came after locating the suspect in Round Rock, a few miles north of Austin.

Police are waiting for daylight to continue searching the vicinity of the bomb blast that killed the suspect. The delay is to ensure the safety of the investigators and to make certain they can preserve evidence at the scene.

Chief Manley tweeted his thanks to the law enforcement team that successfully brought the bombing campaign to a close.

I can’t thank the men and women of #AustinPD or our Federal partners enough for their tireless work in restoring peace to our community.

UPDATE 5:15 a.m.:  Chief Manley announced the death the bombing suspect. The man blew himself up with his own device after police made contact with his vehicle. One officer was injured in the explosion. Manley described the bomber as a 24-year-old white male. He did not provide any additional information about the suspect or his motivation for the bombing campaign that left two people dead, five people wounded, and a community terrorized.

“We had multiple officers from both the police department and our federal partners that took up positions around the hotel awaiting the arrival of our tactical team,” Manley said describing the scene. “We wanted to have ballistic vehicles here so we could attempt to take this suspect into custody as safely as possible.”

The chief said the vehicle began to drive away while the officers were waiting.

“The suspect is deceased,” Manley stated, “and has significant injuries from a blast that occurred from detonating a bomb inside his vehicle.”

The chief said he could not release any information about the suspect’s identity pending formal identification by the medical examiner and notification of the suspect’s family.

“A man whom authorities were attempting to arrest early Wednesday in a string of bombing attacks in Austin killed himself with an explosive device as authorities closed in,” according to a report from a high-ranking law enforcement official, the Austin American-Statesman reported early Wednesday morning.

Police reportedly identified the man after reviewing video at a FedEx store where he allegedly shipped two bombs.

“The Austin serial bomber is dead this morning,” KVUE reported.

Police reportedly used cell phone technology to track down the suspect’s location after identifying him from security video and online searches, KVUE reported.

During an interview on KVUE, American Statesman reporter Tony Plohetski said police began to track down the suspect by finding receipts from materials he allegedly used in the bombings. The investigation led police to obtain a search warrant to obtain online search information. Some of those searches included Google searches for FedEx locations — including the Brodie Lane store where the suspect allegedly shipped two packages.

The searches led to police finding the IP address of the suspect which revealed additional information.

Plohetski said police then used “cell phone technology”to track the suspect down to a location in Round Rock where he eventually blew himself up with his own device.

The man allegedly killed two people and injured five others in a series of explosions that rocked the capital city region since March 2.

The bombing campaign began on March 2 when a package exploded in northeast Austin. The blast killed 39-year-old Anthony House. On March 12, a second package exploded when 17-year-old Draylen Mason opened a package left on the front steps of his home. The parcel exploded, killing him and injuring his mother.

A third explosion detonated a few hours later and sent a 75-year-old woman to the hospital with life-threatening injuries. Shortly after this explosion, Chief Manley disclosed the bombs were linked.

Less than one week later, Austin’s fourth bomb exploded and injured two young men on the city’s southwest side.

On Tuesday morning, officials told reporters that a medium-size package exploded inside the FedEx sorting facility in Schertz, near San Antonio. There were about 75 people inside the plant at the time of the blast that occurred shortly after midnight Tuesday morning. One woman near the package was treated for minor injuries and was released at the scene.

The package originated in Austin and was addressed to be delivered back to Austin, KENS reporter Charlie Cooper stated. An FBI agent told the CBS reporter that “it’s more than possible” that this explosion is connected to the four bombs that have exploded in the Austin area this month.

Officials confirmed Tuesday afternoon that the Schertz explosion and a “suspicious package” that was later determined to be an unexploded device were both connected to the series of package bombs that exploded in Austin since March 2. Both packages were reportedly shipped from a FedEx store in Sunset Valley, southwest of Austin.