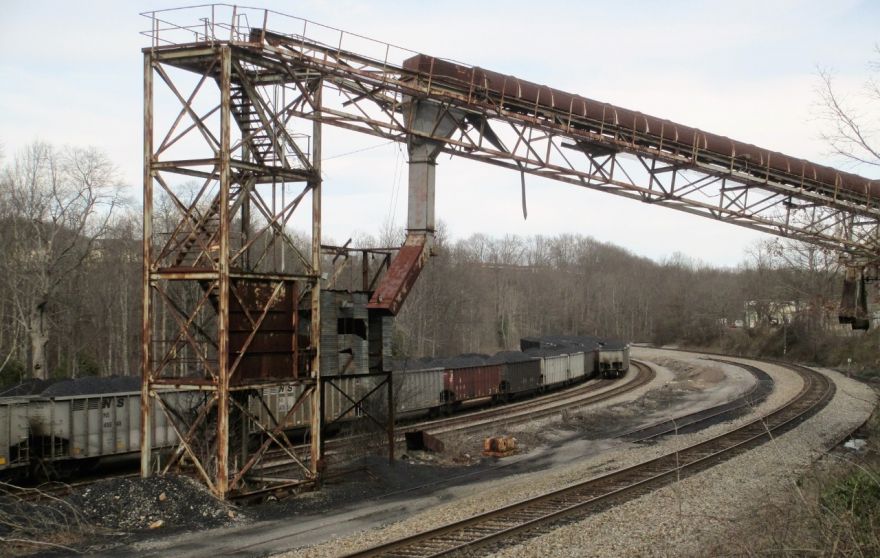 Wise County, Virginia –  A long-awaited revival is under way in this beleaguered Central Appalachia community where residents see coal as the once and future king.

“We load coal every day for the power plant in Virginia City,” explained Rick, a long-time supervisor for a major local operation who did not want to give his last name. “There’s one shipment a week for Georgia Power, and one for Tennessee Eastman.”

The past month has seen a resurgence of the coal industry that once formed the backbone of the region’s economy, and locals credit President Trump’s aggressive, pro-energy agenda.

Crippled by a slew of factors, from changing times, an emphasis on renewable energy, and the Obama administration’s harsh penalties on coal-fired power plants, the area’s economy took a devastating hit over the past eight years. Many of the people living in these mountains had nearly given up hope that the area could ever recover.

The smaller communities in this county in southwest Virginia, such as the towns of Appalachia, Pound and St. Paul, were the hardest hit, but the ripple effects were felt far and wide.

Prospects changed nearly overnight. President Trump had promised to do everything he could to lift the coal mining industry. Trump began to make good on his pledge last month when he eliminated the Stream Protection Rule, which had placed layers of regulations on the industry.

Although it will take a while before the coal industry recovers, the metallurgical or “met coal” markets – coal used to make steel – are already seeing a major upswing. The price for met coal is twice as high as it was a year ago, which is causing a boom in the coalfields.

The turnaround owes to more than just Trump. China cut its own production, which helps lift the met industry in the United States. But, many in this area say, Trump’s moves to lift regulations are stoking a rally they have not seen in years.

Ramasco Resources began producing its first coal mine in December and said it would open two more this year. In Pennsylvania, Corsa Coal also announced this month that it would begin mining operations beginning in May, according to Bloomberg.

The production of coal reached its peak in 2008. But then President Obama came into office and rolled out a series of regulations that he said were designed to protect America’s streams and waterways from the pollution the mining emitted.

Those regulations crippled the industry and left many in the region out of well-paying jobs.

For those whose livelihood depended on the industry, the most important thing that Trump has given them is hope.

“It was almost impossible due to the EPA regulations to open another deep mine,” said Rick.

Just a few decades ago, when unions were strong in Wise County, the area leaned Democrat. But once the economy bottomed out and many were left without jobs, this corner of Virginia found itself feeling left behind.

Nowadays, many homes in Wise County are adorned with Trump signs. This now-Republican stronghold is betting on a better future under the Trump administration.

“It’s a slow thing,” said Adam, a mining equipment operator in the area who also did not want to give his last name. “It’s not going to be immediate, but there’s definitely some optimism right now.”

It’s too early to tell whether or not coal will be king again. But with the stranglehold of regulations now on its way out, many in the area say they hope to see a full comeback.

“I don’t think production is going to go down anytime soon,” said Jason, an underground miner from Big Stone Gap. “At one of the mines in the town of Appalachia, [employees] were told they would have work for the next four years.”