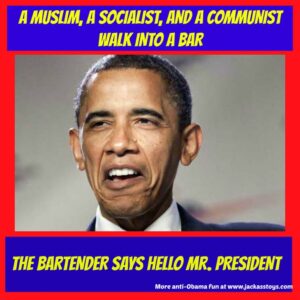 President Obama oversaw the deepest legislative malaise in modern political history, according to the Washington Times Legislative Index, which captures his struggles to find ways to work with a Congress that ranged from lukewarm to openly hostile toward him.

Over the course of his eight years, he has signed just 1,227 bills into law — less, even, than one-term Presidents Carter and George H.W. Bush. Digging deeper into the numbers, Congress spent less time in session, handled fewer business on the chamber floors and generally sputtered for much of Mr. Obama’s tenure, according to The Times’ index.

Blame for the poor showing falls across Washington. Some analysts say a Congress with four years of divided control hamstrung Mr. Obama, while others say the president failed to find ways to work with the legislature that voters gave him — particularly after the 2010 elections.

“The president was never good at reaching across the aisle. So when the composition of Congress changed relative to what it was in his first two years, he wasn’t able to accommodate that very well,” said Andrew Busch, a presidential scholar at Claremont McKenna College in California. “He never accustomed himself to operating in a system where he was not the sole player.”

It’s all the more stunning for Mr. Obama having emerged from the legislature himself, having served first in the Illinois Statehouse and then in the U.S. Senate, where he spent two years in a Republican-controlled Congress and two years in a Democrat-run Congress.

He was the first president since John F. Kennedy to make the leap directly from Capitol Hill to the White House, but he took a mostly hands-off approach, leaving his former colleagues on their own to hash out the details of bills.

“Could he have potentially reached out more? I think that’s a fair criticism,” said Joshua C. Huder, a senior fellow at Georgetown University’s Government Affairs Institute.

But he said lawmakers on Capitol Hill were putting up more roadblocks than they did to previous presidents — particularly when power was split in the House and Senate in the 112th and 113th congresses.

“You have to look at Congress. They didn’t give him anything, essentially,” Mr. Huder said. “Most of this lays on Congress for those four years it was divided between Republicans and Democrats.”

The White House didn’t respond to repeated requests for comment, but Mr. Obama, in his farewell speech, ticked off a list of accomplishments: working on the economy, bolstering the auto industry, opening diplomatic relations with Cuba, striking a nuclear deal with Iran, ordering the assault that killed Osama bin Laden, arguing for same-sex marriage in the courts and enacting Obamacare. Of those, only health care and the economy required work with Congress.

Mr. Obama’s best years were in 2009 and 2010, when his fellow Democrats held massive majorities in both the House and Senate. He achieved legacy-defining laws including Obamacare, the 2009 stimulus and a new set of rules for Wall Street in the Dodd-Frank legislation.

But even accounting for those big bills, the 111th Congress was still far from active by standards of the post-World War II era. The 383 bills signed into law made it the sixth least productive Congress on record. Even measured by the broader Times Legislative Index, it was middle of the pack.

The 2010 elections put Republicans in control of the House but left Democrats with a majority in the Senate, sending legislative activity into a tailspin for the next four years.

The 112th and 113th congresses were the worst on record, according to the The Times’ index, which checks a broad set of legislative measures, including amount of time spent in session, number of bills considered by each chamber, number of votes taken and number of bicameral conference reports approved. The index is based on data from the Congressional Record, which tracks back to 1947 and spans 35 Congresses.

Even in 2015, when Republicans gained control of the Senate and kept control of the House, things were still stagnant, notching the third-worst Congress in The Times’ Index.

Democrats say that’s evidence that the problem lay with a Republican Party determined to deny Mr. Obama any major accomplishments.

By comparison, they pointed to the final two years under President George W. Bush, when Democrats controlled Congress and found ways to work on a number of big issues. Indeed, the 110th Congress placed in the top third in The Times index, passing a major energy bill, a first stab at an economic stimulus, a minimum wage increase and a new GI bill to send veterans from the war on terrorism back to school.

Despite his most fervent pleas, Mr. Obama failed to make any headway on gun control, Mr. Huder said.

“That’s something that he really, really pushed. He put in a lot of effort,” he said.

Stymied in Congress, Mr. Obama took steps on his own instead.

On gun control, he expanded the universe of people who faced background checks on gun purchases. On global warming, he imposed a series of regulations meant to phase out much of the fossil-fuel-based economy. On immigration, he announced two deportation amnesties, a 2012 policy aimed at protecting hundreds of thousands of so-called Dreamers and a 2014 policy aimed at as many as 4 million illegal immigrant parents.

“We ran into a brick wall of opposition when it comes to Republicans when they took power in 2011,” he said. “And so we didn’t pass as much legislatively as we would have liked to have done, but the president did use his executive authority to advance our country’s interests and to advance the agenda that he was seeking to implement.”