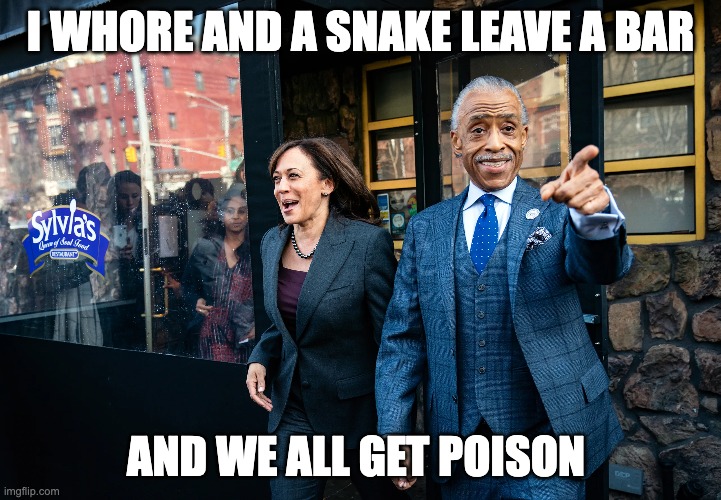 This phony so-called preacher Al Sharpton is lying on what the Bible says about abortion. He claims that “The Bible — if you’re using this as a religious argument — the Bible is about choice,” He goes on to say, “You can go to heaven or hell; there’s nowhere in the Bible that says you have to go to heaven, So where do we get this theology of forcing something when the reality is that you can’t even biblically base that?”

Well, here are some scriptures to prove Al Sharpton does not know what the hell he is talking about.

Luke 1
29 Mary was greatly troubled at his words and wondered what kind of greeting this might be. 30 But the angel said to her, “Do not be afraid, Mary; you have found favor with God. 31 You will conceive and give birth to a son, and you are to call him Jesus. 32 He will be great and will be called the Son of the Most High. The Lord God will give him the throne of his father David, 33 and he will reign over Jacob’s descendants forever; his kingdom will never end.”

Job 31:15 Did not he who made me in the womb make them?
Did not the same one form us both within our mothers?

Jeremiah 1:5 “Before I formed you in the womb I knew you, before you were born I set you apart; I appointed you as a prophet to the nations.”

Psalm 139:13 For you created my inmost being;
you knit me together in my mother’s womb.

Genesis 19: 12 The two men said to Lot, “Do you have anyone else here—sons-in-law, sons or daughters, or anyone else in the city who belongs to you? Get them out of here, 13 because we are going to destroy this place. The outcry to the Lord against its people is so great that he has sent us to destroy it.”

What about Acts 5 when it speaks about Ananias and Sapphira?

3 Then Peter said, “Ananias, how is it that Satan has so filled your heart that you have lied to the Holy Spirit and have kept for yourself some of the money you received for the land? 4 Didn’t it belong to you before it was sold? And after it was sold, wasn’t the money at your disposal? What made you think of doing such a thing? You have not lied just to human beings but to God.”
5 When Ananias heard this, he fell down and died. And great fear seized all who heard what had happened. 6 Then some young men came forward, wrapped up his body, and carried him out and buried him.

Kamala Harris says she has been meeting with faith leaders. Now when she says faith leaders, she is not talking faith in the God of the Bible.

In Hebrews chapter 11 verse 6 says, “and without faith it is impossible to please God, because anyone who comes to him must believe that he exists and that he rewards those who earnestly seek him.”

If your faith is not based in faith in the God of the Bible, then you’re not a true faith leader. You might as well be Jim Jones. You can’t make up what God Almighty says and think that there will be no consequences.

Kamala says that there is nothing about the issue of abortion that will require you to abandon your faith. I agree because you do not have faith in the God of the Bible if you are arguing about killing babies.

Do you really think that Mary, or Elizabeth could have chosen to abort Jesus or John the Baptist?

While God is not against Capital punishment for the guilty. He says thought shall not murder. But killing is different from murder. Killing the innocent is against God’s Law.

Even in California it says, “the Penal Code provides this definition of murder:
187. (a) Murder is the unlawful killing of a human being, or a fetus, with malice aforethought.”

But if Al Sharpton and Kamala want to bring up faith and the Bible. What does it say about lying and bearing false witness?

What does it say about allowing the wicked, and criminals to go unpunished?