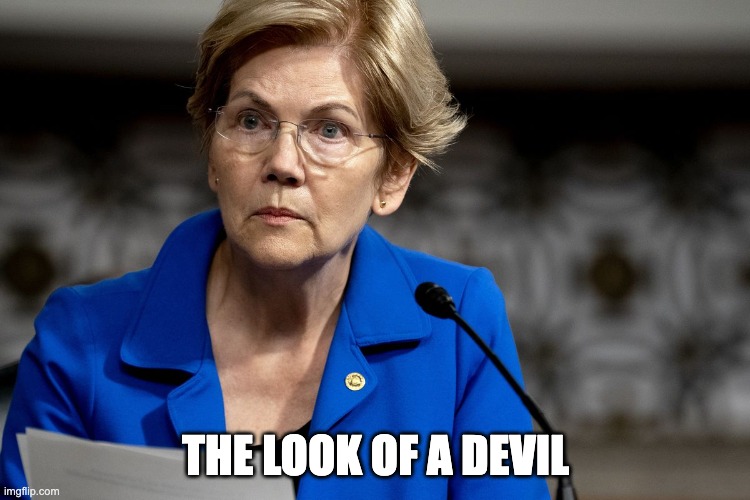 I believe that Elizabeth Warren is possessed by a demon. She says, “Crisis pregnancy centers that are there to fool people looking for pregnancy termination help outnumber abortion clinics by 3-1. We need to shut them down all around the country.”

In the Word of God, and that is the Bible for all heathens who don’t know. There were child sacrifices, and only the pagan countries did it. In Leviticus 18:21 it says, “‘Do not give any of your children to be sacrificed to Molek, for you must not profane the name of your God. I am the LORD.”

So, all who are proclaiming that this is from God could only mean you worship the devil. Also, in the Old Testament there was a king name Manasseh. Manasseh was nothing like Hezekiah. Listen to what is says about Manasseh,

“He did evil in the eyes of the LORD, following the detestable
practices of the nations the LORD had driven out before the
Israelites. He rebuilt the high places his father Hezekiah had
destroyed; he also erected altars to Baal and made an Asherah
pole, as Ahab king of Israel had done. He bowed down to all the starry
hosts and worshiped them. He built altars in the temple of the LORD, of
which the LORD had said, “In Jerusalem I will put my Name.” In the two
courts of the temple of the LORD, he built altars to all the starry
hosts. He sacrificed his own son in the fire, practiced divination, sought
omens, and consulted mediums and spiritists. He did much evil in the
eyes of the LORD, arousing his anger.” (2 Kings 21:2-6.

This is America now. We have people scream murder because they want the right to kill