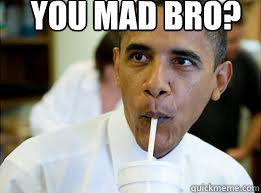 It is difficult to overstate just how enraged state Democratic activists and leaders are with Organizing for Action (OFA), the political and community-organizing army that grew out of Barack Obama’s presidential campaigns.

The nonprofit, which functions as a sort of parallel-Democratic National Committee, was founded to mobilize Democratic voters and supporters in defense of President Obama’s, and the Democratic Party’s, agenda. Instead, the organization has drawn the intense ire, both public and private, of grassroots organizers and state parties that are convinced that OFA inadvertently helped decimate Democrats at the state and local level, while Republicans cemented historic levels of power and Donald J. Trump actually became leader of the free world.

These intra-party tensions aren’t going away, especially now that OFA “relaunched” itself last week to protect the Affordable Care Act, boost turnout at congressional townhalls, and train grassroots organizers gearing up for the Trump era.

“This is some GRADE A Bullshit right here,” Stephen Handwerk, executive director of the Louisiana Democratic Party, wrote in a private Democratic-listserv email obtained by The Daily Beast. Handwerk was reacting to news of OFA’s post-election retooling, which was shared “without comment” to the group of state-level Dems by Crystal Kay Perkins, executive director for Texas Democrats.

“It also to me seems TONE DEAF—we have lost over 1,000 seats in the past 8 years… all because of this crap,” Handwerk continued. “Let’s get through the next two weeks—but then we gotta figure this out and keep the pressure on. WOW.”

Others on the thread shared these sentiments.

“Yes, it sure is,” Katie Mae Simpson, executive director for the Maine Democratic Party, replied. “OFA showed up in Maine, organized a press conference on saving [Obamacare], with one of our Dem legislative leaders speaking, all without ever mentioning that they were in state and organizing. They hired someone I know, which is somewhat helpful, but my god, they don’t have a very good alliance-building process.”

Such grievances, though expressed privately, are nothing new among state Democratic Party leadership.

“[With] all due respect to President Obama, OFA was created as a shadow party because Obama operatives had no faith in state parties,” Nebraska Democratic Party Chair Jane Kleeb told Politico last week.

“I love and adore everything about President Obama except for OFA,” South Carolina Democratic Party chairman Jaime Harrison (who is also running to chair the Democratic National Committee) said at a recent DNC “future forum,” according to The Washington Post.

President Obama, himself a proud community organizer, had long been credited with leading a savvy, vigorous grassroots campaign to win the White House in 2008. However, it wasn’t long after he first stepped into office before state-level Democrats all around the country began sounding the alarm that his formidable grassroots army was being left to wither and rot.

Too many Democrats started seeing OFA as just another boogeyman. For instance, when reached by The Daily Beast for this story, two Democratic operatives independently referred to OFA as “The Devil.”

“If we were having a conversation about state parties, I would say OFA hurt state parties badly,” Handwerk told The Daily Beast, elaborating on his leaked email. “It certainly had an undercutting effort. And there is a lot of work state parties do that isn’t very sexy… and that becomes incredibly difficult when budgets are cut in half because people are trying to curry favor with the president and his allies.”

Perkins and Simpson did not respond to interview requests for this story.

Handwerk, who has worked in the red state for years, says his personal experiences with OFA weren’t bad, per se—it’s that they were nonexistent.

“Supposedly, Louisiana has had, on paper, a state director for OFA who has been in the role for what I’m told is multiple years—none of us know who she is,” he said. “She only just followed me on Twitter [four] days ago. That’s how I know who she is.”

This OFA state lead is Carolyn Sawyer, who told The Daily Beast that “I really have not talked with [Handwerk]. I’m sure he’s aware of us. I’m sure they’re aware of what we’re doing but there doesn’t seem to be an interest to come together on what we’re working [on].”

Sawyer, who says she has been in the position since as early as 2013, contended that “we have reached out to the Louisiana Democrat Party [and] would be more than happy to come together to work on issues… But [as to] why he doesn’t know what we’re doing, we haven’t been secret. I can’t speak to that.”

When asked if she was aware of the tension between the state party and OFA, she said she was “not quite aware, but I do know that it exists.”

After Obama handily won re-election in 2012, Handwerk says that OFA came to town to present Louisiana Dems with a gameplan. The outside group was purportedly ready to send organizers down south, to help prop up and “like-minded people” in deep-red areas.

“They told us this, so many of us didn’t see them as a threat,” Handwerk said.

“Nothing has really been done here,” the executive director lamented. “I have not seen any real evidence of OFA doing any real work, certainly not here in Louisiana.”

Talk to Democrats across state lines, and you hear similar stories. “I was never a fan of OFA,” Marcel Groen, chairman for Pennsylvania Democrats said, tersely.

The decimation of the Democratic Party during, and leading up to, the Age of Trump is not, however, any single organization’s fault. The DNC and Hillary Clinton campaign raised many times more money than OFA for the 2016 cycle, and that didn’t stop President Trump, either.

To the defeated and angry liberal activists and operatives, OFA is just one of several “devils”—one that is emblematic of large-scale institutional problems.

“We’ve seen over the last eight-plus years a deterioration of permanent state infrastructure,” one red-state Democratic operative, who requested anonymity, said. “And OFA built an alternative infrastructure that was very top-down. OFA’s actions were wasteful, duplicative, and it made no sense… There were these tensions on the ground that we saw that all over the country. Local officials felt tossed aside. A lot of these red states were abandoned. The OFA model was never a 50-state strategy—it was about the president’s agenda.”

When asked if there was much confidence in the newly rebooted OFA, the operative simply said, “It’s like seeing an ex-girlfriend show up.”

Members of OFA would, of course, strongly disagree with such assessments, and are quick to point to their track record during presidential races.

“OFA is focused on investing in grassroots organizing nationwide—we’re engaging people who have never been involved before, connecting them to others in their communities, and empowering them to realize their own ability to enact change,” Jesse Lehrich, OFA communications director, told The Daily Beast in an email. “Building this kind of well-trained network of volunteers who can mobilize to win fights on key issues boosts the progressive movement in both the short and long term. Just look at Obamacare: OFA volunteers are organizing with their fellow constituents to ensure lawmakers hear exactly what’s at stake for them if the law is repealed, and the tide is rapidly turning.”

Also, OFA isn’t completely without defenders at the state level. David Pepper, chairman of the Ohio Democratic Party, told The Daily Beast that the best thing a reeling Democratic Party can do right now is not censure OFA, but learn from its victories.

“The president created something that did really good organizing—it won states we otherwise would not have won,” Pepper said. “My attitude is learn everything there is to learn from its incredible successes. For state parties, we should mimic what made it so strong… However, the strength of parties has obviously eroded because too much emphasis has been put on building out other organizations. In some ways, I think OFA becomes something of a scapegoat for the erosion of state parties.”

And as Democrats struggle to navigate the uncharted, treacherous terrain of the Trump years, Obama’s one time grassroots juggernaut will be right there fighting alongside them. Now, it’s a matter of the group convincing a host of skeptical progressives that it can still be a worthy ally.

“I don’t know what the mission is with the new OFA, what the purpose is supposed to be,” Jaime Harrison told The Daily Beast. “There are a lot of these various [outside] groups… and if having all these other groups means diminishing the impact of state parties, that’s where I have a problem. We need to figure out the best path forward. Now, that doesn’t necessarily mean a world without OFA, but… we have to focus on rebuilding the party across the board, not just focusing on 1600 Pennsylvania Ave.”