According To New Reports Anthony Fauci's Agency Spent Over $1M to Poison Beagle Puppies, Cut Out Vocal Cords so They Couldn't Bark 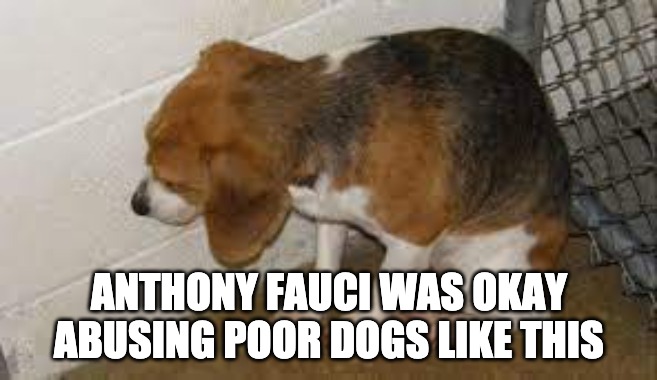 Dr. Anthony Fauci has been propped up by the left as a savior throughout the COVID-19 pandemic. If leftists wrote a Marvel superhero movie, former President Donald Trump would be like Thanos, and Fauci is supposed to be some sort of Avenger who saves that day.

The problem with that picture is that as far as I’m aware, Avengers are not supposed to brutally murder puppies and mutilate their bodies.

According to a watchdog group called the White Coat Waste Project, that is exactly what the National Institute of Allergy and Infectious Diseases did under the leadership of Fauci.

“Documents obtained by WCW through the Freedom of Information Act show that Fauci’s division at the National Institutes of Health ordered cruel and unnecessary drug toxicity tests on dogs and other animals that cost taxpayers $1.68 million,” the group said in a Tuesday news release.

This follows an August report that NIAID sent $424,455 in taxpayer money to the University of Georgia in September 2020 for research that would infect beagles with parasites so that an experimental drug could be tested on them. 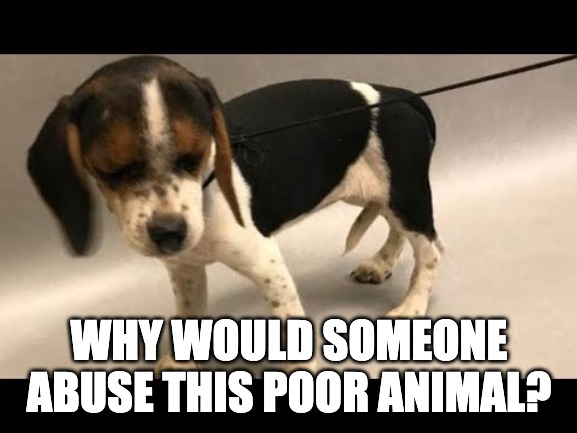 In that research, documents obtained by WCW show at least 28 beagles were set to be infected with the parasites for three months. Afterward, they would be euthanized and their blood would be collected. The research was supposed to be completed by January 2022, but it is unclear whether the beagles were euthanized, according to the Daily Caller.

According to the new report from the Daily Caller, additional animal research took place between October 2018 and February 2019. These experiments reportedly included 44 beagle puppies aged 6-8 months who were given experimental drugs through either injection or force-feeding.

Afterward, WCW said the dogs were killed and dissected, supposedly for “research.”

In addition, NIAID paid for the abused puppies to have cordectomies, meaning part or all of their vocal cords were removed. WCW said Fauci’s division paid for these procedures so the puppies “couldn’t bark in the lab while they were being abused.”

NIAID defended the horrific treatment in its documents by saying the experiments were conducted to “provide data of suitable quality and integrity, in order to support applications to the U.S. Food and Drug Administration (FDA) and other regulatory agencies,” according to the Daily Caller.

In July, WCW told KABC-TV that human drugs were being tested on puppies because of a 1930s law requiring drugs to be tested on animals before humans.

However, when KABC reached out to the FDA for comment, the agency said it “requires that an FDA-approved medical product must be demonstrated to be safe and effective,” but “does not mandate that human drugs be studied in dogs.”

This implies that NIAID’s reckless animal testing was conducted by choice, not out of obligation.

The timing of this new information is particularly ironic for Fauci. On Monday’s episode of “Tucker Carlson Tonight,” Carlson revealed Fauci had candles in his own home depicting himself as a saint.

The very next day, Fauci was revealed to have overseen experiments brutalizing innocent puppies. Somehow, that doesn’t seem to be very “saint-like” behavior.

“From poisoning puppies here at home to funding gain-of-function experiments in China, the government’s highest-paid employee has proven he can’t be trusted to spend taxpayer dollars responsibly. With NIH director Francis Collins retiring, Fauci should be the next one to go.”