It was Emanuel’s first appearance on the show since Colbert took over for David Letterman in 2015, and he took the opportunity to escalate his criticisms of President Donald Trump, particularly when it comes to immigration policy.

“Our motto: A city he’ll never sleep in. We don’t want him,” Emanuel said to kick off his segment.

Colbert questioned the enforcement of that rule, particularly with “a Trump hotel right on the river there,” to which the mayor touted his record of opposing the Trump administration.

Emanuel mentioned free community college for students, including so-called DREAMers, who maintain at least a B average in high school, suing the Environmental Protection Agency over U.S. Steel dumping in Lake Michigan, as well as the recent adoption of climate change policies by mayors from around the world at a summit in Chicago.

“Look, Donald Trump is driving forward looking through the rearview mirror and I’m not going that way because I want my city going that way,” he said, gesturing forward, “and I want it to be a Trump-free zone.”

“He really, never really likes it when I do that though,” Emanuel added.

Colbert then questioned Chicago’s status as a “sanctuary city,” a term used for jurisdictions that do not detain undocumented immigrants arrested on charges unrelated to their immigration status and turn them over to federal authorities for possible deportation.

“How is that not sort of a constitutional crisis?” Colbert asked.

Emanuel deflected at first, returning to a familiar anecdote about the arrival of his immigrant grandfather in Chicago 100 years ago, proclaiming that the city that welcomed his ancestors and made him mayor is “the greatest city in the greatest country in the world.”

“That doesn’t necessarily answer my question,” Colbert pushed back. “I’m all for what you’re doing, but I’m just curious how it doesn’t violate federal law for you to do this.”

“Because the police department in the city of Chicago is not supposed to be enforcing the immigration laws of the United States government. That’s what the federal government is for,” Emanuel responded, adding that stricter enforcement of immigration laws would counteract his work “building relationships between the police department and communities” – an area that has been the subject of intense scrutiny and structural reform in the wake of high-profile police shootings like that of Laquan McDonald in 2014.

“I’m not driving a wedge – that is what Donald Trump wants, is a wedge on the philosophy of community policing,” Emanuel told Colbert. “It’s absolutely antithetical to everything we’re trying to do.”

The duo then delved into a rapid-fire question game called “Fast Round” from the mayor’s podcast “Chicago Stories.”

Emanuel chose Cubs over Sox, thick crust over thin, Hancock over Sears, then (begrudgingly) Willis over Sears, lake over river and 16-inch softball over 12 – a Chicago summer tradition that Colbert said “looks like the moon is eclipsing when it comes at you.”

Colbert’s final question for Emanuel centered on Trump’s declaration last week that the U.S. would recognize Jerusalem as Israel’s capital, asking why the presidents Emanuel worked for (Obama and Bill Clinton) didn’t do it before him.

“First of all, no Democrat or Republican president would ever do this,” the mayor said, calling it “bad policy.”

“The fact is, for a whole host of reasons, you do not want the United States in the middle of negotiations about a two-state solution,” Emanuel continued. “You know, my father is from Israel, I’ve been to Israel, my son’s been Bar Mitzvahed there. This is not what a president should be doing.”

Emanuel landed one final dig at Trump, saying his “bigger worry is that he’s not also moving the nation’s capital to Alabama and I’m really more concerned about what he’s doing there,” in a reference to the high-stakes, contentious race to fill Attorney General Jeff Sessions’ former Senate seat. 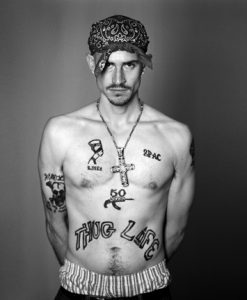