Former FBI Director James Comey has landed a teaching gig at his alma mater, the College of William & Mary, and will join the ranks of the school’s teaching faculty this fall with a course on ethical leadership.

The Washington Post reports that Comey has accepted a nontenured position as an executive professor in education with the school, and will teach the course on ethical leadership in fall 2018, spring 2019 and summer 2019 semesters.

In a statement, the former FBI director said he was “thrilled” to have the chance to teach students.

“I am thrilled to have the chance to engage with William & Mary students about a vital topic — ethical leadership,” Comey said in a statement.

“Ethical leaders lead by seeing above the short term, above the urgent or the partisan, and with a higher loyalty to lasting values, most importantly the truth. Building and maintaining that kind of leadership, in both the private sector and government, is the challenge of our time.”

Comey led a lecture series at Howard University in the fall, as well as delivering the school’s convocation address in September.

The former FBI chief received a chilly reception at the historically black institution in the fall when student protesters interrupted his speech with demonstrations against law enforcement and the FBI.

President Trump fired Comey last May, a decision that triggered the appointment of special counsel Robert Mueller to take over the federal investigation into Russia’s election meddling and its possible collusion with the Trump campaign. Comey has remained in the public spotlight following his June testimony before the Senate Intelligence Committee about his ouster.

“The administration chose to defame me and, more importantly, the FBI by saying that the organization was in disarray, that it was poorly run,” Comey said at the time. “Those were lies, plain and simple.” 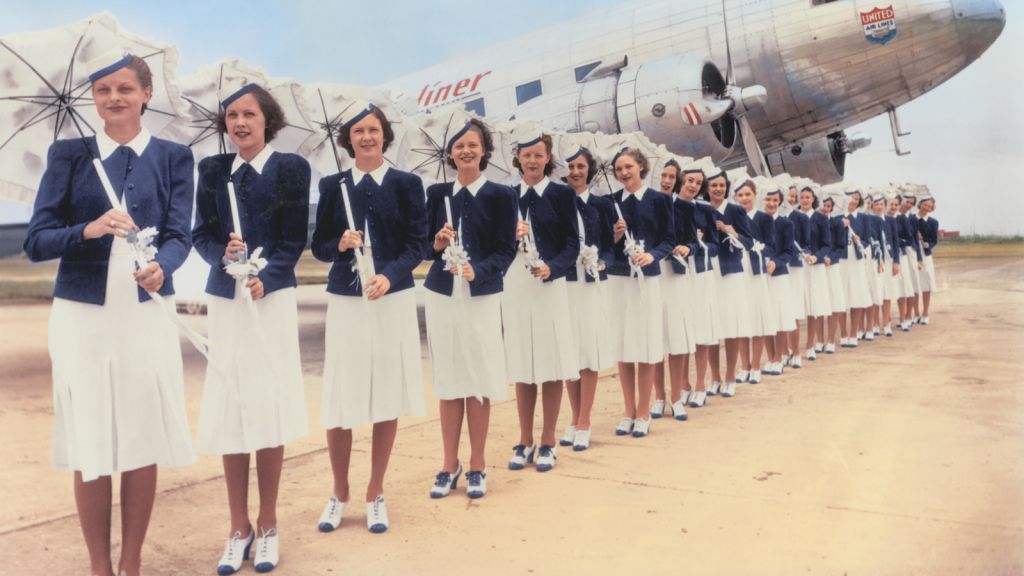 Commercial air travel has had an excellent safety record in the U.S. for almost a decade.

WATCH THE VIDEO BELOW:

GOP Passes Tax Cuts But Is It Enough Damit?

The Senate passed the Tax Cuts and Jobs Act on Saturday, which serves as one of the final steps for Congress to pass historic tax legislation.

The Senate passed the Tax Cuts and Jobs Act 51-49, almost entirely along party lines, with Vice President Mike Pence presiding over the vote. Sen. Bob Corker (R-TN) voted against the bill, and 48 Democrats voted against the tax reform legislation as well.

Reluctant Republican senators such as Susan Collins (R-ME) and Jeff Flake (R-AZ) voted for the bill after last-minute changes were made. Flake received a commitment from Republican leadership and the White House that they would pursue a permanent solution for the Deferred Action for Childhood Arrivals (DACA) illegal aliens, while Collins received a provision that would keep the deduction for state and local taxes (SALT).

The U.S. Senate voted just before 2 a.m. ET Saturday to pass a sweeping tax overhaul worth roughly $1.4 trillion, putting the Trump White House a big step closer to its first major legislative victory – and many Americans closer to a tax cut.

The vote was 51-49, with Republican Bob Corker of Tennessee the only member of the GOP to side with the Democrats in opposition.

Not long after the vote, President Donald Trump tweeted his reaction:

“We are one step closer to delivering MASSIVE tax cuts for working families across America,” the president wrote. “Special thanks to @SenateMajLdr Mitch McConnell and Chairman @SenOrrinHatch for shepherding our bill through the Senate. Look forward to signing a final bill before Christmas!”

We are one step closer to delivering MASSIVE tax cuts for working families across America. Special thanks to @SenateMajLdr Mitch McConnell and Chairman @SenOrrinHatch for shepherding our bill through the Senate. Look forward to signing a final bill before Christmas!

“The GOP tax scam is a product of haste, carelessness and cruelty,” Pelosi wrote. “It was written on Republicans’ trickle-down delusions, not analysis or facts.  It was written first and foremost for the wealthiest one percent, not middle class families trying to get ahead.”

In passing the #GOPTaxScam, @SenateGOP has sealed its betrayal of the American middle class.

The bill is not yet finalized. Saturday’s vote means the Senate and House have passed similar tax reform plans, but negotiators from both chambers will start meeting Monday to agree on a single piece of legislation that both chambers must approve before it is sent to the president for his signature.

Here’s how the latest legislation would affect you:

What deductions can I claim under the Senate bill that just passed?

The Senate bill does away with federal deductions for state and local income and sales taxes, but allows deductions of up to $10,000 in local property taxes. The legislation originally eliminated federal deduction for all state and local taxes, but the property tax exemption was later added at the insistence of Sen. Susan Collins, R-Maine, who said she was “delighted” about the change.

What about personal deductions?

Any other deductions I could claim?

The Senate bill retains the current limit for the home mortgage interest deduction to interest paid on the first $1 million of the loan. (The House bill reduces the limit to $500,000 for new home purchases.) The Senate version also preserves the deduction for medical expenses not covered by insurance (the House bill does not), but ends deductions for moving expenses and tax preparation.

Why does the Senate bill allow deducting medical expenses not covered by insurance?

Because the Senate bill also repeals ObamaCare’s individual mandate, while the House bill does not. If ObamaCare’s mandate is repealed, thousands of people are expected to drop their health insurance, raising the cost for those who decide to keep it.

And the personal exemption?

The Senate and House bills both eliminate the $4,050 personal tax exemption.

Will the tax brackets change at all?

I own a small business. What would this mean for me?

The Senate bill allows owners of so-called “pass-through” businesses (that is, businesses that aren’t incorporated) to deduct 23 percent of their earnings, and then pay at their personal income tax rate on the remainder. This issue was a key concern of Sens. Ron Johnson, R-Wis., and Steve Daines, R-Mont., both of whom announced this week that they would support the bill.

What about corporate tax rates?

When will tax reform take effect?

President Trump and congressional Republicans have vowed to make tax reform law before the end of the year. If that happens, most of the provisions would come into force on Jan. 1.

Will tax reform affect my returns for this year?

The changes will not have any impact on your taxes for 2017, which are due to the IRS by April 17, 2018 (you get an extra 48 hours to file because the traditional April 15 due date falls on a Sunday).

So when will the differences in the bills be hashed out?

The House will vote on a motion to go to conference on the tax bills on Monday evening. The Senate is expected to vote on a similar measure soon after. Congress is scheduled to adjourn for its Christmas break on Dec. 15, but House Speaker Paul Ryan has said he will keep the House in session beyond that date if necessary to get tax reform passed.

Special counsel Robert Mueller removed a veteran FBI agent from his team amid an investigation into the agent potentially sending anti-Trump text messages, according to new reports on Saturday.

The Times reported that Strzok was removed from Mueller’s team after the Department of Justice’s inspector general launched an investigation into text messages sent by the agent that could appear to contain anti-Trump views.

The agent reportedly exchanged text messages with FBI lawyer Lisa Page, whom he was dating, during the campaign and Clinton investigation that appeared to support the Democratic presidential candidate, people with knowledge of the matter told The Washington Post.

“Immediately upon learning of the allegations, the Special Counsel’s Office removed Peter Strzok from the investigation,” Mueller spokesman Peter Carr told The Hill. “Lisa Page completed her brief detail and had returned to the FBI weeks before our office was aware of the allegations.”

LaVar Ball, father of LiAngelo Ball, a UCLA basketball player recently released by the Chinese after being detained on shoplifting charges, has taken issue with President Trump’s role in his son’s release.

On Saturday, LaVar Ball scoffed at the notion that President Trump’s meeting with Chinese Premier Xi Jinping had played any role in his son’s release. Ball went on to say that shoplifting is no big deal, and that his son would have been released anyway.

On Sunday, President Trump took to Twitter to criticize the elder Ball:

Now that the three basketball players are out of China and saved from years in jail, LaVar Ball, the father of LiAngelo, is unaccepting of what I did for his son and that shoplifting is no big deal. I should have left them in jail!

Now that the three basketball players are out of China and saved from years in jail, LaVar Ball, the father of LiAngelo, is unaccepting of what I did for his son and that shoplifting is no big deal. I should have left them in jail!

Ball spoke with ESPN about Trump’s involvement in his son’s release, and was critical of the notion that the Chinese released his son due to Trump’s intervention:

“Who?” Ball said when Markazi raised the topic. “What was he over there for? Don’t tell me nothing. Everybody wants to make it seem like he helped me out,” he added.

Ball also insisted that the crime his son was accused of was no big deal.

“As long as my boy’s back here, I’m fine,” Ball said, continuing:

I’m happy with how things were handled. A lot of people like to say a lot of things that they thought happened over there. Like I told him, “They try to make a big deal out of nothing sometimes.” I’m from L.A. I’ve seen a lot worse things happen than a guy taking some glasses. My son has built up enough character that one bad decision doesn’t define him. Now if you can go back and say when he was 12 years old he was shoplifting and stealing cars and going wild, then that’s a different thing.

“Everybody gets stuck on the negativity of some things, and they get stuck on them too long,” he concluded. “That’s not me. I handle what’s going on, and then we go from there.”

WASHINGTON,D.C.—Monday it became official that Sen. Chuck Schumer (D-NY) has the necessary 41 senators publicly committed to filibuster Judge Neil Gorsuch’s nomination to the Supreme Court, meaning that now the future of the nation’s highest court hangs on Republicans getting 50 votes for the constitutional option.

Sen. Chris Coons (D-DE) is a member of the Senate Judiciary Committee. In conjunction with the committee vote on Gorsuch—who was recommended favorably to the Senate by a party-line 11-9 vote—Coons announced that he would join Schumer’s filibuster.

Coons is a liberal Democrat, but had previously signaled that he might consider some sort of negotiated outcome regarding the way forward for the high Court. So while his announcement was not unexpected, it was still vitally important.

With Coons, there are now 41 votes for a filibuster. It takes 60 votes to stop a filibuster in the 100-member Senate, so Coons became the magic number that puts Schumer over the top.

Under current Senate practice, that body’s rules are interpreted such that President Trump’s nomination of Gorsuch would now die, despite having a bipartisan majority of at least 55 senators who would vote for him if his confirmation comes to a final vote.

Now all eyes are on Sen. Mitch McConnell (R-KY), to see if he can keep enough of his 52 Republicans together to invoke the constitutional option, and restore the 200-year Senate practice of judicial nominees only requiring a simple majority vote to be confirmed to their lifetime appointments.