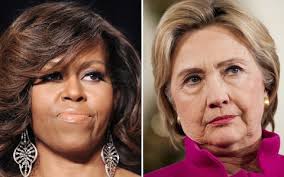 Dumb ass “Dick” Durbin says he is working full time for the DACA recipients. Liberals and the vile left seem to have forgotten who they are suppose to be working for. Look at Dick Durbin’s state which is Illinois and it is not doing so damn well right now. Look at the damn violence in Illinois and tell me should “Tricky Dick” Durbin be working harder for Illegal Immigrants or Americans in his own state?

(1) “The violent crime rate for that northwest Illinois town of 150,000 stands at 1,374 per 100,000 residents. Violent crime includes murders, rapes, robberies and property crimes, like burglary and car theft.

There were 19 reported murders in Rockford, ranking No. 1 outside of Chicago (414 murders). Peoria reported 16 murders.

South suburban Harvey, with a population of only about 25,500, had an alarmingly high 10 murders.

According to the FBI report, Chicago is not included because the FBI believes crime in the city is under-reported and specifically doesn’t properly classify the number of rapes. Not surprisingly, even without those numbers, the city has the highest crime rate in the state, considering its size and population density.

Without including rapes and aggravated assaults, there were about 12,229 violent crimes and 95,908 property crimes in Chicago in 2013 — a total of 108,137 crimes. There were 414 murders, and more than 11,000 robberies. The property offenses include crimes like burglary and arson.

Not including Chicago, here are the 10 Illinois cities with the most violent crime:

I hate to sound like a damn broke record but it does bare repeating. We have Sen. Dick Durbin, Sen Tammy Duckworth, former President Barack Obama, former first lady Michelle Obama, Fake preacher Jesse Jackson, Oprah Winfrey was there for a while, and Louis Louis Farrakhan. Then if you look at the Representatives there are 13 democrats and 5 republicans, plus we did not even start on the Mayors and Teachers Unions. To add insult to injury many believe they were on the verge of filing bankruptcy.

So my question to all of the race baiting mentally challenged liberals who have been elected to represent people in their respected districts. Why are you not working for the American People this damn hard? See some people would like to think you can negotiate with these demon filled liberals who say it is their job to protect the folks who broke the law. But these are the same morons that will have an aneurysm if you talk about tax-cuts on your money.

These are the same do-gooders who think that if a man decides to call himself a woman then, abracadabra Bruce Jenner you are a man. If I think I’m a lion does that make me one? If I say I’m a bird and I jump off a building will I be able to fly? We must stop thinking that liberals who are technically socialist, and communist, will be rational. Dick Durbin, Democrats and many liberals republicans like “The Cat Man” Lindsey “Queer” Graham will never do what is best for America. Why in the hell are we 20 trillion dollars in debt? Could some one please tell me how in is it great for America that we keep bringing people from “ShitHole” Countries to America? Stop with the bullshit that we where built on immigration. Yes we were built on immigration, but that means “LEGAL IMMIGRATION” IDIOTS.

By ET Williams aka The Doctor Of Common Sense