By The Doctor Of Common Sense

First thing I would love to say is thank you to the Common Sense Nation for all your support. Also yes Vimeo has taken all my videos down also but that will never stop us. We are doing a Radio Show at this link https://www.spreaker.com/user/commonsensenation and we will start doing it every day for 2 hours. We have some short shows that are only 15 minutes long but that is changing.

I want to just briefly talk about a story that Chris Hayes of MSNBC and Kevin Roose of the New York Times Did a hit piece on me. What is so funny about the report is they say I was spreading “Fake News” on the piece of shit Devin Patrick Kelley the Texas church shooter.

Think about this if you would please! MSNBC and The New York Times is upset that I called the dirt bag who killed 27 people a possible Muslim, Antifa Member, or A Bernie Sanders Supporter. I will be doing shows letting you hear that little sissy Kevin Roose never answer a question like why The New York Times let Antifa take out a full page AD declaring Trump/Pence must go. The metro-sexual Mr. Roose said he did not know about this even though he works for “THE New York TIMES”. How stupid is a reporter that said he is interested in “Tech” and getting his facts straight talked like a tough guy on MSNBC but had no facts about liberals and “Russian Collusion Lies”. It is also funny that Chris Hayes once lied and said that George Wallace was a Republican but that racist POS is a Democrat just like all of The KKK was. How long has the New York Times, MSNBC, and CNN spread lies about the Russian Dossier? What is laughable about the Roose and Hayes report is that these bastards have ignored that the democrats and the DNC paid for the damn dossier from Fusion GPS. Here is a quote from the New York Times by another opinion metrosexual by the name of David Leonhardt. “Trump added to the blizzard yesterday, with a reckless tweet suggesting that the F.B.I., the Democrats and Russia colluded to compile a dossier with damaging (and speculative) information about his Russia ties.” But we find out that Hillary Clinton campaign and the Democratic National Committee helped fund research that resulted the famous Russian Dossier. Has MSNBC or The New York Times looked at all the corruption of Debbie Wasserman Schultz? We have her resigning after sabotage Bernie Sanders’ campaign. We have her Pakistani-born Imran Awan IT guy being arrested after she helped him get an illegal loan. So if MSNBC and The New York Times are upset with fake news maybe they should look at the man/metrosexual in the mirror.

There is ton of information to prove the DNC lied about how they cheated on Bernie Sanders. There is also information out there about how Crooked Hillary Clinton delete over 30,000 emails and lied about it. Did MSNBC or The New York Times look into the famous tarmac meeting of Loretta Lynch and Bill Clinton? Also James Comes and the FBI lied about having any documents about the meeting to discuss family. I think is is so damn funny that MSNBC, The New York Times, and YouTube would go after be for calling a filthy vile Atheist who killed 27 people a possible Muslim, Bernie Supporter, or even Antifa  so insulting. We have evidence of Antifa being very violent and don’t forget the Times allowed them to run a full page ad. Here is a link of Antifa being very violent against peaceful protesters. https://www.washingtonpost.com/news/morning-mix/wp/2017/08/28/black-clad-antifa-attack-right-wing-demonstrators-in-berkeley/?utm_term=.b439518f39e9

Hell and do I need to even list the times The Religion of Peace has done violence? Here is a site with all of their beautiful and peaceful work. https://www.thereligionofpeace.com/

So why is it that MSNBC and The New York Times would do a hit piece on little me? Because they have a damn agenda to spread “REAL FAKE NEWS”. They are not upset that those 27 died but they are more upset that Hillary Clinton’s Lost the Damn Elections and to make sure it never happens again they are attacking all Conservatives and “Right-Wingers” I ask Kevin Roose has he ever done a story on false reporting of the “Left” He tried not to answer me and then said he had wrote about bias on Facebook and other Social Media. Anyone whose head is not stuck up their ass and is looking for truth would have to admit that the “Left” are the real cheaters.

Who owns almost every News Outlet and every Social Media Outlet? This includes Fox News. They are all owed by left-wing American hating, Free Speech Despising social/communist pieces of shit.

So go look at YouTube, Social Media, New York Times, CNN, MSNBC, NBC, ABC, CBS, And even ESPN. They all lean to the left. So ask yourself the damn question. Why would these big powerhouse go after me? But I got News for you Goliath’s. You pick the wrong one to pick a damn fight with. I will be your David and I am going to war with the phony liberal bastards and only DEATH will stop me. I FEAR NO MAN  but GOD. You people are the ones that has destroyed this damn country and they are so damn upset when they lose and this is what this is all about. Donald Trump won the Damn Election so get the FUCK over it.

They are attempting to bring down every conservative voice out there so when 2020 comes around they want to make sure only the “Left” is being heard.

So please join me on the radio and don’t worry we are working on a Video Platform that do not have these vague “Community Guidelines” so all of you SJW who can’t stand to have your feeling hurt. You ain’t seen nothing yet. I’m also setting up some interviews to get the word out so stay tuned and that includes all of the troll QUEERS.

Please stand with us and if you can Dontae to the fight on the website it would really be aprieciated.

ET Williams aka The Doctor Of Common Sense. 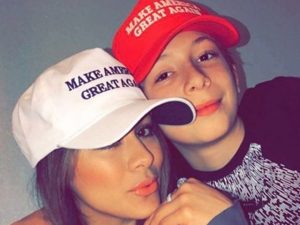