The Great Global Warming Scam Began with the Nazis…

If you really want to understand the great global warming scam you must listen to my podcast this week with Rupert Darwall.

In his new book Green Tyranny, Darwall tells a story so extraordinary and implausible that it’s no wonder most of the mainstream media has been too scared to touch it. 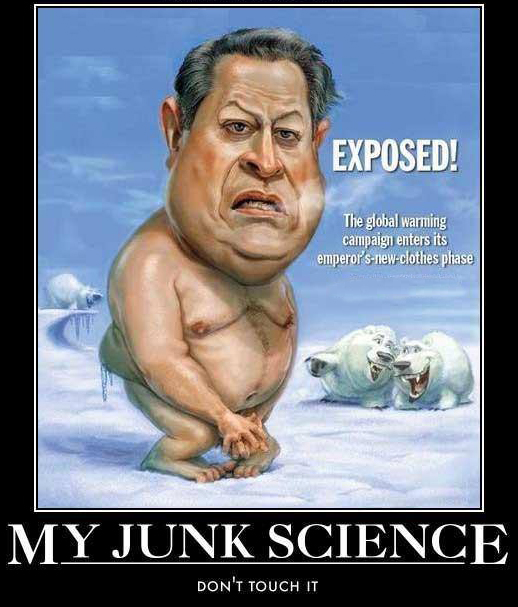 The bottom line: it all started with the Nazis.

Yes, I know. It sounds so click-baity, doesn’t it?

That’ll be why even those journals and writers that have reviewed the book favorably have tended to steer clear of the key chapter in Darwall’s book. The one mischievously titled ‘Europe’s First Greens’.

Europe’s First Greens were, of course, the Nazis.

The documentary evidence provided by Darwall is irrefutable, for this is a considered, well-researched and scholarly work not a potboiler.

What Darwall demonstrates is that the ideology driving the current climate scare originated in Hitler’s Germany.

Angela Merkel’s Energiewende, the brainwashing of your kids in school with green propaganda, the Climate Industrial Complex, the black outs in South Australia, Solyndra, Obama promising that electricity prices would “necessarily skyrocket”, the bat-chomping bird-slicing eco-crucifixes destroying a skyline near you, the real reason Trump just had to pull the U.S. out of the Paris climate accord – it’s all basically the fault of the Nazis.

That’s because Nazis – though similar in so many ways to their fellow totalitarians the Communists – had at least one major point of difference with Marxist ideology: they feared and loathed industrial progress and they worshipped nature.

When man attempts to rebel against the iron logic of Nature, he comes into struggle with the principles to which he himself owes his existence as a man.

The Fuhrer, in other words, was as big a Gaia worshipper as even Naomi Klein or Emma Thompson or Leonardo di Caprio.

As Hitler thought, so did the Nazi intelligentsia. Many of them were vegetarians and, like Rudolf Hess and Agriculture Minister Walter Darre were big fans of organic farming. The party was fiercely anti-smoking (even though the Germans continued to smoke fanatically so long as tobacco was available). They were also massively into “renewable” energy, especially wind, tidal power and hydroelectric.

Hitler said in a dinner party conversation in 1941:

“We shall have to use every method of encouraging whatever might ensure us the gain of a single kilowatt…Coal will disappear one day.”

He then speculated on renewable solutions to this ‘peak coal’ problem:

“The future belongs, surely, to water – to the wind and the tides.”

(This isn’t mentioned in the book but Hitler’s favorite SS commando – Otto Skorzeny – who miraculously survived the war and retired to live in Spain spent his later years campaigning on behalf of the wind industry.)

The Nazis’ profound hostility to capitalism and their identification with nature-politics led them to advocate green policies half a century before any other political party. As an approximation, subtract Nazi race-hate, militarism and desire for world conquest, and Nazi ideology ends up looking not dissimilar to today’s environmental movement.

What Darwall goes on to demonstrate is how this mindset, unabated by the defeat of Nazi Germany, continued to dominate European political thought. This was especially so in the two countries most responsible for promulgating the climate change scare: Sweden and Germany.

In Germany, the Nazis’ green ideology became linked inextricably with that of the Peace movement – which, with a certain irony, was largely sponsored by the Soviet Union.

Sweden, meanwhile, did most to get the global warming scare up and running in the early days. Bert Bolin, the first chairman of the Intergovernmental Panel on Climate Change (IPCC) was a Swede.

You’ll have to read Darwall’s book for the full, rather complicated story. By the end you’ll have an answer to perhaps the most puzzling of the many questions about the global warming industry: why, given the scientific evidence is so flimsy, does it carry on pushing its cause so fervently?

Like the “acid rain” scare and the “nuclear winter” scare, the man-made global warming scare is a fake news story designed to push a political and economic agenda.

At the bottom of that agenda is the same superstitious fear the Nazis had: that industrial progress is morally wrong because it is against Nature.

Hence the greenies’ obsession with renewables. Despite all the evidence that renewables do at least as much environmental damage as fossil fuels, only much more expensively, and without making any meaningful difference to “climate change” the green ideology persists in pretending that renewables are the “clean” “natural” alternative to “dirty” fossil fuels.

It’s about emotion not logic; about the narrative, not reality.

For decades we’ve been gulled by a compliant (and invariably ignorant) media into believing that the global warming scare is about scientists doing clever sciencey stuff and reaching important conclusions which the world can only ignore at its peril.

But actually, all along, the tail has been wagging the dog.

The scientists are a virtual irrelevance in this story: merely the useful idiots of a political agenda.

That agenda is part religion – a kind of pagan nature worship expressed through opposition to Western industrial civiliation and the embrace of retrograde technologies like wind power.

And it’s part leftist politics and economics: a way by which Europe can destroy and overtake the United States’ economic hegemony by neutralising one of its greatest competitive advantages – the abundance of fossil fuels which have now made it the world’s number one energy superpower.

Donald Trump probably hasn’t a clue about the intellectual and ideological undercurrents which created the great global warming scare. But he’s a businessman and saw what was happening through gut instinct.

Global warming is a scam – the biggest the world has ever seen.

Trump, for one, didn’t fall for it.

The Boy Scouts of America once again landed under the harsh glare of the media spotlight for their policies on LGBT children.

Recently, a woman from New Jersey has been speaking to local media about how her transgender son was removed from his local Boy Scout troop because of his gender identity.

Kristie Maldonado, of Secaucus, N.J., told the Record newspaper that none of the children in Cub Scout Pack 87 had a problem with her 8-year-old son’s participation — but their parents did.

Her son, Joe, said, “I had a sad face, but I wasn’t crying. I’m way more angry than sad. My identity is a boy. If I was them, I would let every person in the world go in. It’s right to do.”

The brouhaha finds the Boy Scouts in familiar territory in which the LGBT community and its allies take issue with traditional institutions they consider to be antiquated and in need of reform. To these advocates, a ban on transgender membership is a discriminatory policy and should not be tolerated.

Mara Keisling, the executive director of the National Center for Transgender Equality, a leading transgender rights nonprofit, said the Cub Scouts is not the place where children should be taught to discriminate. Instead, she said, they should be taught about discrimination and how to welcome people.

“This child seems like so smart and awesome. We’ve seen this a million times in schools and Cub Scouts: It’s always parents claiming to speak for their children,” Keisling told Yahoo News. “C’mon, it’s an 8-year-old. Let kids be kids.”

Keisling, who was a Cub Scout and Boy Scout in her youth, said it’s sad that the Boy Scouts did not learn their lesson after excluding gay people. She said it’s great that the Boy Scouts recognize that gay rights and transgender rights are two different issues, but also highlighted what she considers their similarities.

The Boys Scouts grant youth membership to boys who are in first through fifth grades or between 7 and 10 years old, and revealed — amid the controversy — that the group defers to the child’s biological sex as recorded on his or her birth certificate.

When contacted by Yahoo News, the Boy Scouts of America shared a statement from the director of communications, Effie Delimarkos, declaring that Joe does not meet the organization’s requirements for eligibility.

“If needed, we defer to the information provided for an individual’s birth certificate and their biological sex,” Delimarkos said. “Scouting teaches its youth members and adult leaders to be respectful of other people and individual beliefs.”

The Boy Scouts are no strangers to controversy over gay rights. The group’s previous bans on gay adults and children on joining the organization generated tremendous outrage as the nation increasingly embraced liberal perspectives on LGBT issues.

But Joe’s removal is likely to be the first high-profile case of someone being removed from a troop because of gender identity.

In May 2013, the Boy Scouts’ national council voted to remove the ban on membership for gay youth. This was followed two years later with the organization lifting its ban on openly gay adult leaders.

According to Delimarkos, the group was unaware that the child was not born with male biological sex characteristics when the family started the registration process for Cub Scouts.

“During this process, it was brought to our attention that their child does not meet the eligibility requirements to participate in this program, so Boy Scouts of America [BSA] leadership reached out to the family to inform them and share information on alternative programs,” Delimarkos said.

The group suggested that the family could look into the organization’s co-ed programs, such as Learning for Life, STEM Scouts and Venturing.

A spokesperson for the Scouts for Equality advocacy organization said the organization is deeply disappointed in the decision to remove Joe from scouting and hope that it will be reversed quickly.

“This is the first time a youth has been removed from the BSA because of his gender identity, and the BSA now finds itself at a pivotal moment as an organization,” the spokesperson said via email. “We hope they will choose to be on the right side of history. Joe is not the first openly transgender Cub Scout, and he will not be the last. We urge BSA president Randall Stephenson to take immediate action to end this discrimination before it’s codified into a formal policy.”