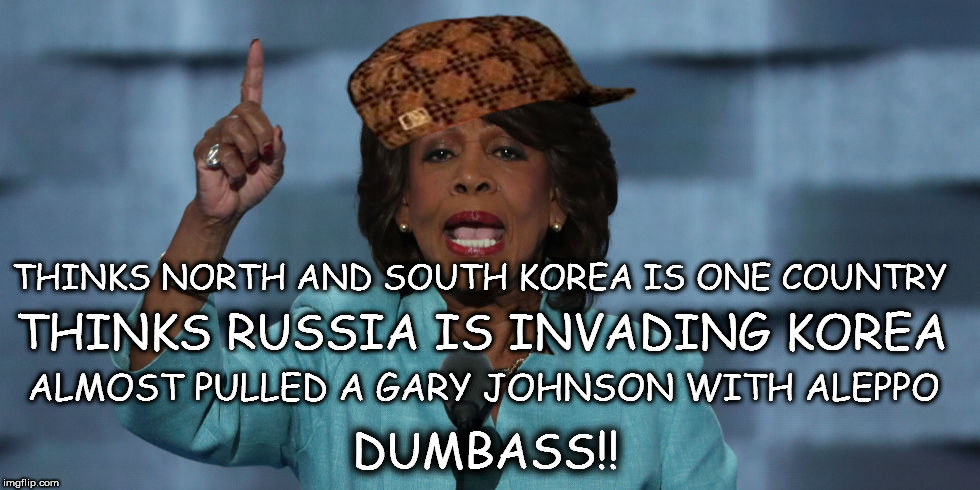 As the Federal Bureau of Investigation (FBI) probes decades-old allegations of sexual misconduct against Supreme Court nominee Brett Kavanaugh, Rep. Maxine Waters (D-CA) is calling on investigators to look into whether the judge ever sought treatment for alcohol abuse.

“Kavanaugh, so many have come forward describing your abuse of alcohol,” Waters tweeted on Sunday. “I think it is important that the American people know if you have ever sought treatment for alcohol abuse.”

Kavanaugh, so many have come forward describing your abuse of alcohol. I think it is important that the American people know if you have ever sought treatment for alcohol abuse.

Earlier Sunday morning, the longtime California Democrat claimed Kavanaugh was a “puppet” of President Donald Trump, who, alluding to his passionate testimony before the Senate Judiciary Committee last Thursday, demonstrated a “lack of respect for others.”

“Aren’t Supreme Court justices supposed to be independent, and are they not expected to demonstrate the proper judicial temperament?” Waters then asked her nearly 865,000 followers.

Kavanaugh has proven that he is a puppet of Donald Trump. He got his marching orders and he promptly displayed Trump’s lack of respect for others. Aren’t Supreme Court justices supposed to be independent, and are they not expected to demonstrate the proper judicial temperament?

In an interview with MSNBC’s AM Joy, Waters reiterated her opposition to Kavanaugh’s confirmation, once against describing the judge as President Trump’s “puppet.”

“We have to fight. We have to not only fight to make sure that women get the respect that they deserve, but when you have a credible person like Christine Blasey Ford, it helps us to point out that no matter how credible they are, no matter you how well spoken they are, no matter how smart they are, that these senators do not intend to allow sexual harassment to be the reason why someone will not be confirmed,” Waters said in her usual defiant tone. “And so I think that this has played out in a way that will only strengthen us and strengthen women and those who care about justice to fight and to confront them and protest against what we’re seeing.”

Waters’ comments come as the media continues to whip itself into a frenzy over Kavanaugh’s drinking habits, tracking down individuals who claim to know details concerning Supreme Court nominee’s hard-partying ways in college.

According to The Washington Post, its reporters tracked down two individuals claiming to be familiar with Kavanaugh’s college years and say the nominee’s denial of heavy drinking in an interview with Fox News are inaccurate.

“Brett was a sloppy drunk, and I know because I drank with him. I watched him drink more than a lot of people. He’d end up slurring his words, stumbling,” Swisher, who says she was friends with Kavanaugh during college, told the Post. “There’s no medical way I can say that he was blacked out. . . . But it’s not credible for him to say that he has had no memory lapses in the nights that he drank to excess.”

Swisher’s College roommate, Lynne Brookes, accused Kavanaugh of attempting to “paint himself as some kind of choir boy.” “You can’t lie your way onto the Supreme Court, and with that statement out, he’s gone too far. It’s about the integrity of that institution,” she told the paper.

In an interview with Fox News last Monday, Kavanaugh denied all allegations of sexual misconduct and pushed back on claims that he was frequently inebriated at parties thrown during his high school and college years.

“[Y]es, there were parties. And the drinking age was 18, and yes, the seniors were legal and had beer there,” the Supreme Court nominee told host Martha MacCallum. “And yes, people might have had too many beers on occasion and people generally in high school – I think all of us have probably done things we look back on in high school and regret or cringe a bit, but that’s not what we’re talking about.”

On Thursday, Kavanaugh faces a Senate hearing about Ford’s allegations. He will try to draw a line. At a rehearsal with White House aides last week, he “grew frustrated” with questions about his drinking and his sexual behavior, according to the Washington Post. “I’m not going to answer that,” he said. Judge doesn’t want to answer questions either. The Republicans who control the committee are planning to leave Judge out of the hearing.

That’s unacceptable. The alcohol theory is arguably the most plausible explanation of what happened. It’s less crazy than Ford inventing a story and putting herself through hell so Trump can nominate a different conservative judge to the Supreme Court.

If the committee won’t delegate this job to the FBI, senators must do it themselves. Ask Judge and Kavanaugh about their history with alcohol. Talk to the people who drank with them or saw them drunk. If you think alcohol could have corrupted Ford’s memory or Ramirez’s memory, ask about their drinking too. This is an investigative avenue with a strong evidentiary basis and many potential witnesses, and it puts everyone’s denials in doubt. To confirm Kavanaugh without checking it out would be a betrayal of justice.

Of course, the consumption of alcohol has not been a federal offense since the end of Prohibition in 1933.

Some who knew Kavanagh during his high school days have pushed back against claims that the now-Judge drank too much.

“Drinking was prevalent in high school, but some guys handled it better than others, and Brett always maintained his composure,” Tom Kane, described as a “close friend” of Kavanaugh, told the Post. “He was not a stumbling drunk. He was never all that interested in getting wasted.”

Former NBA player Chris Dudley and former college classmate of Kanavaugh said the Trump pick is the target of an all-out smear campaign.

“I went out with him all the time. He never blacked out. Never even close to blacked out,” Dudley said. “There was drinking, and there was alcohol. Brett drank, and I drank. Did he get inebriated sometimes? Yes. Did I? Yes. Just like every other college kid in America.”

President Trump in an interview on Thursday called the senior Federal Bureau of Investigation official who texted his lover about an insurance policy in the case of Trump’s election “treasonous.”

“A man is tweeting to his lover that if [Democrat Hillary Clinton] loses, we’ll essentially do the insurance policy. We’ll go to phase two and we’ll get this guy out of office,” Trump said in an interview with the Wall Street Journal.

The official, Peter Strzok, had major roles in the Clinton email investigation and the FBI’s initial investigation into Russian meddling and potential Trump campaign collusion, and had been assigned to the subsequent special counsel team until the text messages were discovered and he was removed.

The Justice Department inspector general, who is conducting an investigation into whether there was political bias in the FBI’s handling of the Clinton and Russia probes, discovered the text messages Strzok had sent to his lover, an FBI lawyer with whom he was having an extramarital affair.

The two last year during the 2016 presidential campaign season exchanged thousands of text messages that revealed they supported Clinton and detested Trump and had discussed an “insurance policy” in the case of his election.

Strzok texted to Page in August 2016: “I want to believe the path you threw out for consideration…that there’s no way he gets elected—but I’m afraid we can’t take that risk. It’s like an insurance policy in the unlikely event you die before you’re 40.”

“People familiar with” Strzok’s text told the WSJ he meant the FBI had to aggressively investigate allegations of collusion, and that it was not intended to suggest a secret plan to harm his candidacy.

Strzok was the lead agent on the Clinton email investigation and had watered down language in a statement exonerating Clinton that might have had criminal implications for her.

Trump also said the U.S. is taking steps to ensure Russia and other countries do not try to influence future elections.

“We’re going to be very, very careful about Russia and about anybody else, by the way,” Trump told the paper.

He said his administration is working on different solutions and “all sorts of fail-safes.”

He also flatly denied any collusion with Russia, and said since there was no collusion crime, prosecutors were trying to say he obstructed justice for firing FBI Director James Comey.

He said, rather, he should get credit for firing Comey, saying “everybody wanted Comey fired.”

“I should be given credit for having great insight,” he said.

Comey’s firing led to the special counsel probe, and for Democrats to argue that Trump obstructed justice by trying to fire Comey and squelch the FBI’s investigation.

A recent book, Fire and Fury, alleged that Jared Kushner and Ivanka Trump, the president’s son-in-law and daughter, insisted that he fire Comey and that “cosmopolitans” would welcome it, too.

Trump said his lawyers’ initial instinct was to fight the special counsel, but then after reviewing requested documents, decided to be open.

“They said, ‘You never did anything wrong,’” he said. “To be honest, they probably were surprised, as most lawyers would be.”

Mueller has told Trump’s lawyers that he may want to speak with the president in the near future, but Trump on Thursday would not commit to anything.

He said he hoped that investigations in Congress were nearing an end, and that Republicans would be strong and take charge.

“What he said about my son is horrible,” Trump said.