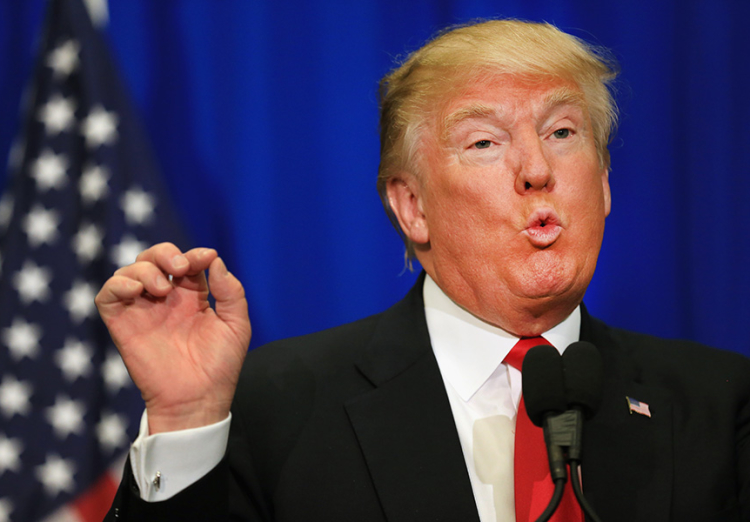 WASHINGTON (AP) — Congressional Republicans have a lot to say about their new president.

Less than two months in, Republicans have emerged as one of the biggest obstacles to Trump’s young administration, imperiling his early efforts to pass his agenda and make good on some of his biggest campaign promises.

Trump’s embrace of a House GOP plan to overhaul the country’s health system faces deep opposition from across the party, as does his push to get U.S. taxpayers to pay for a wall on the U.S.-Mexico border. Republicans largely rejected his thin, 53-page first budget, joking that there’s a “fat chance for skinny budget” on Capitol Hill. And his tax reform and infrastructure plans have yet to gain any real traction in Congress.

Trump insisted on Friday that he is leading a party that is coalescing behind him.

“I think we have a very unified party. I think actually more unified than even the election,” he said at a White House news conference with German leader Angela Merkel. “You see when they talk about me, I seem to be very popular, at least this week within the party.”

Long a divisive political figure, Trump entered office with historically low approval ratings and a popular vote loss of nearly 3 million. Still, he claimed a sweeping mandate when he arrived in Washington, fiercely pushing back on any suggestion that he won with less than a historic margin and moving quickly on a series of controversial executive orders.

Now, his administration has reached the limits of what it can achieve without Congress, leaving Trump struggling to lead his party on Capitol Hill — starting with the health care bill.

After years of campaign promises to repeal and replace “Obamacare,” the bill presents the first major test of whether Trump and Republican leaders can marshal a fractious GOP caucus behind a major legislative initiative. GOP leaders fear that failure could chip away at Trump’s already thin political capital, dooming future efforts on tax reform and infrastructure.

Trump’s early missteps have overshadowed one of the administration’s smoothest-sailing moves — the nomination of Neil Gorsuch for the Supreme Court. Confirmation hearings begin Monday.

“A president only has so much political capital to expend and so much moral authority as well, and so any time your credibility takes a hit I think in many ways it weakens the officeholder,” said Rep. Charlie Dent, R-Pa., who had described the surveillance claims as “inexplicable.”

“Rural America stepped up to the plate behind the president in his last election, and we’re wholeheartedly behind him. We need to make sure that rural America at least gets its fair share,” said Rep. Robert Aderholt, R-Ala.

Trump is hardly the first president to clash with members of his own party. Few congressional Democrats felt a personal connection to Obama, who came under criticism for his hands-off approach to Congress, and his lack of interest in schmoozing with lawmakers or using the trappings of his office to woo them.

While Trump has hosted Republicans for bowling, pizza and other White House events, he’s been hampered by his inexperience with governing and his distance from establishment GOP politics. A businessman, Trump has never lined up lawmakers behind a bill, crafted a political coalition or passed a budget — nor have many of his closest aides.

During his campaign, he embraced a populist platform, rejecting traditional conservative positions on issues like trade and cutting costly mandatory programs like Social Security.

Many congressional Republicans, from House Speaker Paul Ryan, R-Wis., on down, were slow to embrace Trump’s candidacy, and some of those concerns linger.

His series of false claims since the election haven’t helped the relationship, distracting from his agenda on Capitol Hill and forcing Republicans to answer near-daily questions about his accusations.

But Trump also seems eager to keep some wiggle room between his presidency and a bill some friends and allies believe is a political trap. They fear the legislation — they’ve dubbed it Ryancare — could violate some of Trump’s populist campaign promises, like providing health insurance for all Americans and preserving Medicaid, for a conservative Republican agenda led by Ryan.

“Speaker Paul Ryan and the establishment GOP have pulled a fast one on President Trump,” wrote Eric Bolling, a Fox News host with close ties to Trump, in an op-ed.