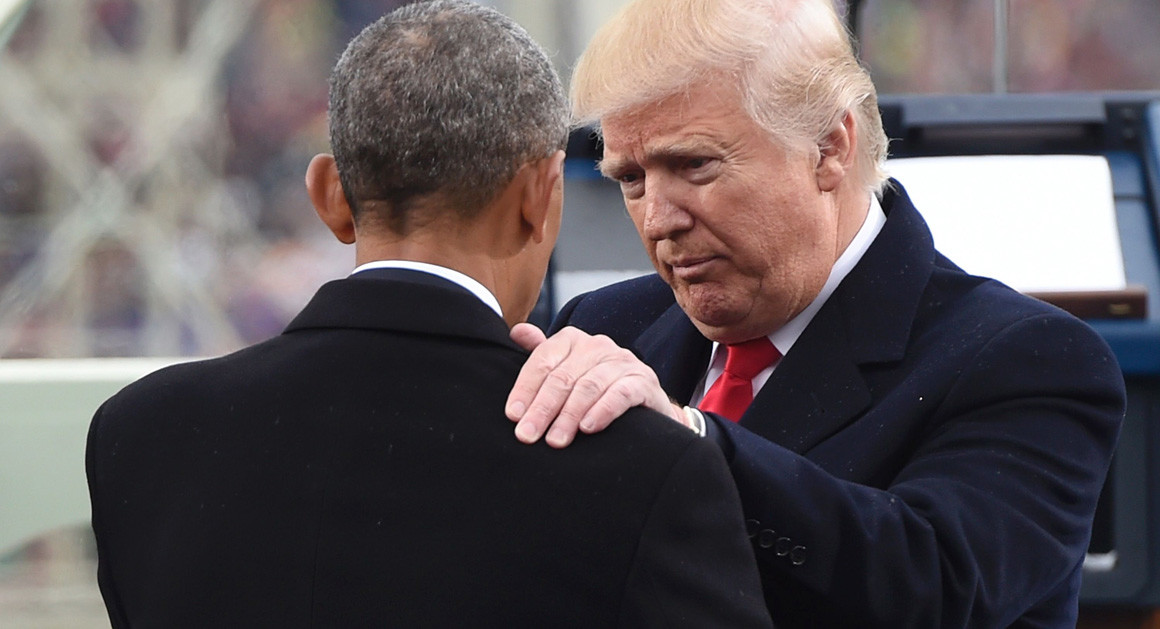 Advisers to President Donald Trump are urging him to purge the government of former President Barack Obama’s political appointees and quickly install more people who are loyal to him, amid a cascade of damaging stories that have put his nascent administration in seemingly constant crisis-control mode.

A number of his advisers believe Obama officials are behind the leaks and are seeking to undermine his presidency, with just the latest example coming from reports that Attorney General Jeff Sessions met twice last year with the Russian ambassador to the U.S. and apparently misled senators about the interactions during his confirmation hearing.

That was coupled with a New York Times story that Obama appointees spread information about the investigation into the Trump campaign’s contacts with Russia in an attempt to create a paper trail about the probe. Trump’s aides have also blamed Obama appointees for other damaging leaks, like Trump’s erratic phone calls with foreign leaders.

Inside the White House, the chatter about Obama officials in the government has heightened in recent weeks, one administration official said. And advisers are saying it is time to take action.

“His playbook should be to get rid of the Obama appointees immediately,” said Newt Gingrich, a top surrogate. “There are an amazing number of decisions that are being made by appointees that are totally opposed to Trump and everything he stands for. Who do you think those people are responding to?

The reality, however, is more complicated: The White House has thousands of open jobs across the agencies, many nonpolitical civilian employees are critical of the administration, and some Cabinet secretaries say they need the Obama people during a rocky transition.

Only a few dozen Obama political appointees remain in the federal government apparatus, according to the Partnership for Public Service. Many of them are in crucial positions, including Robert Work, a top official at the Department of Defense, and Thomas Shannon, the acting deputy at the State Department.

Even if Trump were to ax those remaining senior political appointees, he would still have to reckon with the hundreds of thousands of civilian employees, who stay with every administration. Many of them are skeptical of Trump because they resent his assault on Washington and its culture, his impulsive decisions and his seeming lack of intellectual curiosity about their agencies and work.

They have spent the past six weeks on edge. Many are quietly on the job market, but others have been clashing with Trump appointees, either in the open or privately among colleagues, according to officials across agencies. From Homeland Security to Defense and beyond, it’s become a regular conversation among employees about what lines they will not cross before quitting, and how best to slow-walk orders from above to frustrate implementation.

Amid those conversations is a running thread: how long they’d be willing to hold out to bear witness, and try to improve a climate they increasingly hate, or whether to leak information about changes they see in order to try and stop them. “I want to be able to tell people what’s happening here,” one State Department official said.