Google, the most powerful search engine in the world, is now displaying fact checks for conservative publications in its results.
No prominent liberal site receives the same treatment.

And not only is Google’s fact-checking highly partisan — perhaps reflecting the sentiments of its leaders — it is also blatantly wrong, asserting sites made “claims” they demonstrably never made.

When searching for a media outlet that leans right, like The Daily Caller (TheDC), Google gives users details on the sidebar, including what topics the site typically writes about, as well as a section titled “Reviewed Claims.”

Vox, and other left-wing outlets and blogs like Gizmodo, are not given the same fact-check treatment. When searching their names, a “Topics they write about” section appears, but there are no “Reviewed Claims.”
In fact, a review of mainstream outlets, as well as other outlets associated with liberal and conservative audiences, shows that only conservative sites feature the highly misleading, subjective analysis. Several conservative-leaning outlets like TheDC are “vetted,” while equally partisan sites like Vox, ThinkProgress, Slate, The Huffington Post, Daily Kos, Salon, Vice and Mother Jones are spared.

Occupy Democrats is apparently the only popular content provider from that end of the political spectrum with a fact-checking section.

Big name publications like The New York Times, The Washington Post, and the Los Angeles Times are even given a column showcasing all of the awards they have earned over the years. 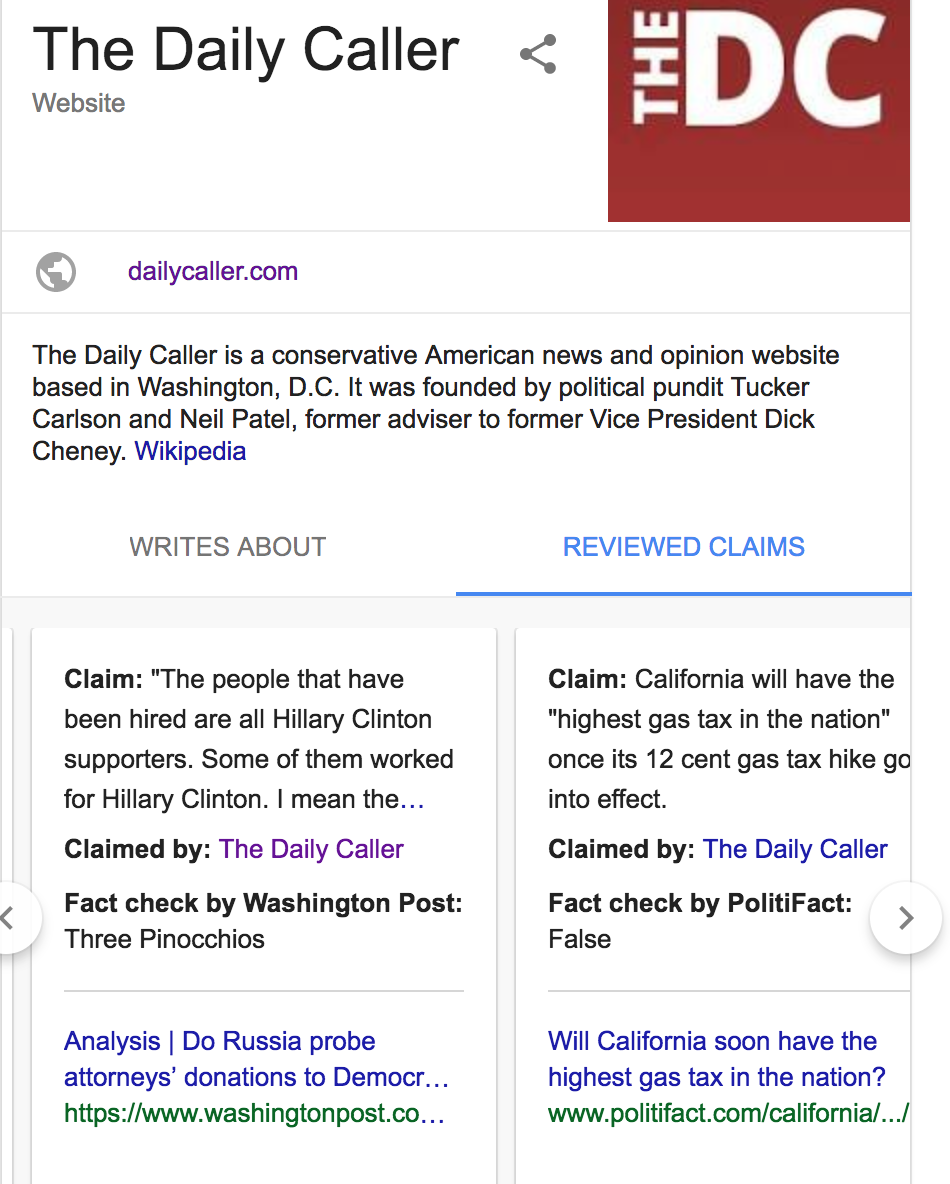 The Robert Mueller fact check (pictured above) is a case in point for Google’s new feature.

Ostensibly trying to sum up the crux of the post, the third-party “fact-checking” organization says the “claim” in a DC article that special Counsel Robert Mueller is hiring people that “are all Hillary Clinton supporters” is misleading, if not false.

The problem is that TheDC’s article makes no such claim. Their cited language doesn’t even appear in the article. Worse yet, there was no language trying to make it seem that the investigation into the Trump administration and Russia is entirely comprised of Clinton donors. The story simply contained the news: Mueller hired a Hillary Clinton donor to aid the investigation into President Donald Trump.

Still, the Washington Post gave the claim, which came from Trump himself, its official “Three Pinocchios” rating. The method applies to several other checks. Claims concocted or adulterated by someone outside the TheDC are attributed to TheDC, in what appears to be a feature that only applies to conservative sites.

Examples of such misattribution and misrepresentation are aplenty.

For instance, using Snopes.com, an organization with highly dubious fact-checking capabilities, Google’s platform shows an article by TheDC to have a so-called “mixture” of truth.

The “claim” made, according to Snopes.com and Google, is “a transgender woman raped a young girl in a women’s bathroom because bills were passed…”

A quick read of the news piece shows that there was no mention of a bill or any form of legislation. The story was merely a straightforward reporting of a disturbing incident originally reported on by a local outlet.

And like Snopes, another one of Google’s fact-checking partners, Climate Feedback, is not usually regarded as objective.

Snopes and Google also decided to “fact-check” an obviously tongue-in-cheek article in which a writer for TheDC pokes fun at a professor saying the solar eclipse in 2017 was naturally racist.

Even Vox pointed out the absurdity of the educator’s literary tirade on Mother Nature’s purported racial prejudice, and the damage it might have done to real arguments of apparent racism. While Snopes got some flak for its choice, no one seems to have noticed the absurdity of the world’s go-to search engine providing fact-checks to purposefully irreverent content, rather than hard news stories.
Overall, such inclusion embodies Google’s fact-checking services, which, as many presciently feared, are biased, if not also downright libelous.

Google acknowledged it received an inquiry from TheDCNF, but did not fully respond by time of publication.

Ajit Pai, the chairman of the Federal Communications Commission, canceled a speaking engagement at a major technology industry event days before it was scheduled to place because of death threats, according to a report Thursday.

Two unnamed agency sources told Recode why Pai pulled the appearance at the annual Consumer Electronics Show Las Vegas on Jan. 9 one day after it was reported he had canceled.

The report said that federal law enforcement had looked into the situation and other FCC offices would be briefed.

While the FBI did not immediately respond to Recode, a spokesperson for the Consumer Technology Association, which hosts the event, declined to comment, and an FCC spokesman for Pai said the agency does “not comment on security measures or concerns.”

The nature of the threats are unclear, but it is the second time in recent weeks Pai has dealt with imminent security concerns.

The FCC briefly halted its meeting in December and evacuated the room in response to a security scare as the commissioners were about to vote to repeal the Obama-era net neutrality rules.

Within minutes the meeting reconvened and the agency successfully killed the Internet regulations on a party-line vote, despite a great deal of opposition from Democrats, consumers, and technology giants.

We The People Are Winning: The Common Sense Family Speaks

LISTEN TO THE SHOW BELOW:

Gay Mafia At SCOTUS And FBI Putting And America In Shambles 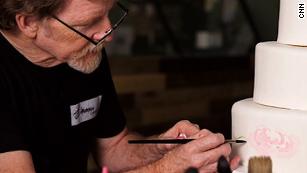 The Link To Todays Show: