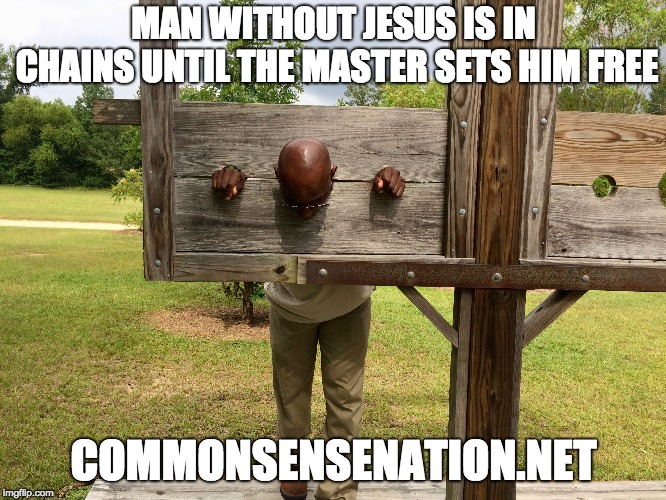 CLICK ON THE PICTURE ABOVE OR THIS LINK TO LISTEN TO THE MESSAGE:

We can have confidence that we have eternal life based on what the Word of God Says. If our confidence is based on anything other than God’s holy word than we are on a foundation that is built on quicksand. That is why the scripture says: (Romans- 3:) 21 But now apart from the law the righteousness of God has been made known, to which the Law and the Prophets testify. 22 This righteousness is given through faith in Jesus Christ to all who believe. There is no difference between Jew and Gentile, 23 for all have sinned and fall short of the glory of God, 24 and all are justified freely by his grace through the redemption that came by Christ Jesus. It also says: Romans- 5:8
But God commendeth his love toward us, in that, while we were yet sinners, Christ died for us.

THIS IS A QUOTE FROM STEPHEN HAWKINS

“When people ask me if a god created the universe, I tell them that the question itself makes no sense. Time didn’t exist before the big bang, so there is no time for god to make the universe in. It’s like asking directions to the edge of the earth; The Earth is a sphere; it doesn’t have an edge; so looking for it is a futile exercise. We are each free to believe what we want, and it’s my view that the simplest explanation is; there is no god. No one created our universe,and no one directs our fate. This leads me to a profound realization; There is probably no heaven, and no afterlife either. We have this one life to appreciate the grand design of the universe, and for that I am extremely grateful.”

Stephen Hawking, who sought to explain some of the most complicated questions of life while working under the shadow of a likely premature death, has died at 76.

* His children Lucy, Robert and Tim:

“He was a great scientist and an extraordinary man whose work and legacy will live on for many years. His courage and persistence with his brilliance and humor inspired people across the world. He once said: ‘It would not be much of a universe if it wasn’t home to the people you love.’ We will miss him forever.”

* Tim Berners-Lee, the inventor of the World Wide Web:

“We have lost a colossal mind and a wonderful spirit. Rest in peace, Stephen Hawking.”

* Actor Eddie Redmayne, who played Hawking in the 2014 film ‘The Theory of Everything’: “We have lost a truly beautiful mind, an astonishing scientist and the funniest man I have ever had the pleasure to meet. My love and thoughts are with his extraordinary family.”

* Professor Stephen Toope, Vice-Chancellor of the University of Cambridge:

“Professor Hawking was a unique individual who will be remembered with warmth and affection not only in Cambridge but all over the world. His exceptional contributions to scientific knowledge and the popularization of science and mathematics have left an indelible legacy. His character was an inspiration to millions. He will be much missed.”

* Professor Lord Martin Rees, Astronomer Royal, Fellow of Trinity College, and Emeritus Professor of Cosmology and Astrophysics at the University of Cambridge:

“Soon after I enrolled as a graduate student at Cambridge University in 1964, I encountered a fellow student, two years ahead of me in his studies; he was unsteady on his feet and spoke with great difficulty. This was Stephen Hawking. He had recently been diagnosed with a degenerative disease, and it was thought that he might not survive long enough even to finish his PhD. But, amazingly, he lived on to the age of 76.

“Even mere survival would have been a medical marvel, but of course he didn’t just survive. He became one of the most famous scientists in the world – acclaimed as a world-leading researcher in mathematical physics, for his best-selling books about space, time and the cosmos, and for his astonishing triumph over adversity.

“Tragedy struck Stephen Hawking when he was only 22. He was diagnosed with a deadly disease, and his expectations dropped to zero. He himself said that everything that happened since then was a bonus. And what a triumph his life has been. His name will live in the annals of science; millions have had their cosmic horizons widened by his best-selling books; and even more, around the world, have been inspired by a unique example of achievement against all the odds – a manifestation of amazing will-power and determination.”

“His theories unlocked a universe of possibilities that we and the world are exploring. May you keep flying like superman in microgravity, as you said to astronauts on @Space_Station in 2014.”

“Stephen Hawking was a great physicist, a great public communicator, and a great icon for science and rationalism throughout the world. He will be sorely missed.”

“Hawking was a great scientist and an inspirational figure. The universe is better understood and more interesting because he was in it.”

“Stephen Hawking was a brilliant and extraordinary mind – one of the great scientists of his generation. His courage, humor and determination to get the most from life was an inspiration. His legacy will not be forgotten.”

* Katherine Mathieson, chief executive of the British Science Association: “He was a true genius who had a great admiration of and connection to the public. Most people, when he published ‘A Brief History of Time’, would have thought a book about physics would not sell. But Stephen knew people would want to read it – and it turned out they did. He simplified and explained, but without gimmicks. His assumption that people are curious about the universe and black holes was true. He inspired us all to wonder.”

“Importantly, he showed that disability and difference are no barriers to success; he challenged perceptions. On a personal note, I remember him – from when I was a student at his University – speeding down the middle of the road to get around, because the pavements were too bumpy. It sent out a message that ‘it doesn’t matter what you look like, you can be a scientist here’.

“Mr Hawking was a remarkable scientist and also was a fighter for science in his long and bitter struggle against illness. He made great contributions to science and to humanity.

“As I understand it, under his strong persistence and with the help of his assistant, he was finally able to see China’s Great Wall. We express condolences for Mr Hawking’s passing and our sympathies to his family. I have faith that Mr Hawking and his contribution will never be forgotten.”

* Professor Paul Hardaker, Chief Executive of the Institute of Physics:

“A quite remarkable physicist and certainly a remarkable person. He made several fundamental and lasting contributions to cosmology but is probably best known by the public for his passion and enthusiasm in sharing his knowledge of how the universe works.”

LISTEN TO THE SHOW BEOW!

We Are All Like The Prodigal Son, But God Is Merciful And Full Of Grace

The Parable of the Lost Son/ Prodigal Son

11 Jesus continued: “There was a man who had two sons. 12 The younger one said to his father, ‘Father, give me my share of the estate.’ So he divided his property between them.

13 “Not long after that, the younger son got together all he had, set off for a distant country and there squandered his wealth in wild living. 14 After he had spent everything, there was a severe famine in that whole country, and he began to be in need. 15 So he went and hired himself out to a citizen of that country, who sent him to his fields to feed pigs. 16 He longed to fill his stomach with the pods that the pigs were eating, but no one gave him anything.

17 “When he came to his senses, he said, ‘How many of my father’s hired servants have food to spare, and here I am starving to death! 18 I will set out and go back to my father and say to him: Father, I have sinned against heaven and against you.19 I am no longer worthy to be called your son; make me like one of your hired servants.’ 20 So he got up and went to his father.

“But while he was still a long way off, his father saw him and was filled with compassion for him; he ran to his son, threw his arms around him and kissed him.

21 “The son said to him, ‘Father, I have sinned against heaven and against you. I am no longer worthy to be called your son.’

22 “But the father said to his servants, ‘Quick! Bring the best robe and put it on him. Put a ring on his finger and sandals on his feet. 23 Bring the fattened calf and kill it. Let’s have a feast and celebrate. 24 For this son of mine was dead and is alive again; he was lost and is found.’ So they began to celebrate.

25 “Meanwhile, the older son was in the field. When he came near the house, he heard music and dancing. 26 So he called one of the servants and asked him what was going on. 27 ‘Your brother has come,’ he replied, ‘and your father has killed the fattened calf because he has him back safe and sound.’

28 “The older brother became angry and refused to go in. So his father went out and pleaded with him. 29 But he answered his father, ‘Look! All these years I’ve been slaving for you and never disobeyed your orders. Yet you never gave me even a young goat so I could celebrate with my friends. 30 But when this son of yours who has squandered your property with prostitutes comes home, you kill the fattened calf for him!’

31 “‘My son,’ the father said, ‘you are always with me, and everything I have is yours. 32 But we had to celebrate and be glad, because this brother of yours was dead and is alive again; he was lost and is found.’”

Listen To The Show Below:

The God Of the Bible Created The Heavens And The Earth PERIOD!

In the beginning God created the heaven and the earth.

The heavens declare the glory of God; and the firmament sheweth his handywork.

There is no speech nor language, where their voice is not heard.

Their line is gone out through all the earth, and their words to the end of the world. In them hath he set a tabernacle for the sun,

(For the life was manifested, and we have seen it, and bear witness, and shew unto you that eternal life, which was with the Father, and was manifested unto us;)

The same was in the beginning with God.

All things were made by him; and without him was not any thing made that was made.

In him was life; and the life was the light of men.

And the light shineth in darkness; and the darkness comprehended it not.